After several years of pondering over the prospect of creating a Community Concert Band, musicians in the southeast have made it a priority and one of the band directors says now it just keeps growing and growing.

Mark Loewen, also the band instructor at the SRSS says, “We've been going hard with hardly a break since the third week of September and it keeps growing. We keep having people wanting to sign up and join us. It's very exciting. People are just coming out of the woodwork.”

Loewen mentions that they recently added another six musicians, “and almost every rehearsal we have somebody else showing up. So, it's pretty exciting. People are finding out about it and then showing up. I think it's revealing the need for this sort of thing, maybe in our society, but certainly in our community. That doing something like this in a communal fashion, like working towards a project, working towards an artistic goal, well, people see the value of that and they missed during COVID.”

Loewen says right now they have over 50 musicians coming to rehearsals every Thursday evening. He notes they will take a bit of a break over Christmas and then meet up again in January at which time he expects their group to grow again.

“We would do another official intake of people who want to join us for part two of our inaugural season. So, if anyone is wanting to join us, we’ll be back Thursdays in January. We do know of some people who have been waiting until the second half because they couldn't join us in the fall."

The Southeast Community Concert Band will be making its first public appearance on Saturday, December 3rd, at 1pm at Clearspring Centre in Steinbach. Loewen explains what the audience can expect to hear.

“Right now, the program looks like this, the band will play 3, maybe 4 songs. Yes, some of them will be of the Christmas sing-along nature and some of the songs will just be us entertaining the crowd. Then we have some pop-up groups from within the band, like a flute choir and a brass quintet, and there's a saxophone quartet and a few others. And then the band will end and play a few more songs that we've been preparing.”

Loewen says, everyone is welcome to come and listen. The band will be set up inside near the Sobey’s mall entrance, beside the 'out-of-tune piano'. He notes, "This is purely a community service if you will. We're doing this for anybody who wants to stop by and enjoy.”

Besides an excited Band Director, the musicians also seem to be looking forward to the concert. “It's just fun, right? And yet, it's not a formal concert either, right? It's not like we're in a concert hall and we're all dressed up in tuxedos either, so, it’s a bit more casual, a little bit more fun, and yet, we've been working really hard to make this sound as good as we can.”

Looking ahead to 2023 Loewen says rehearsals will begin again in the SRSS band room on Thursday evenings for their 90-minute rehearsals. Their goal is to work toward a spring concert sometime in April. 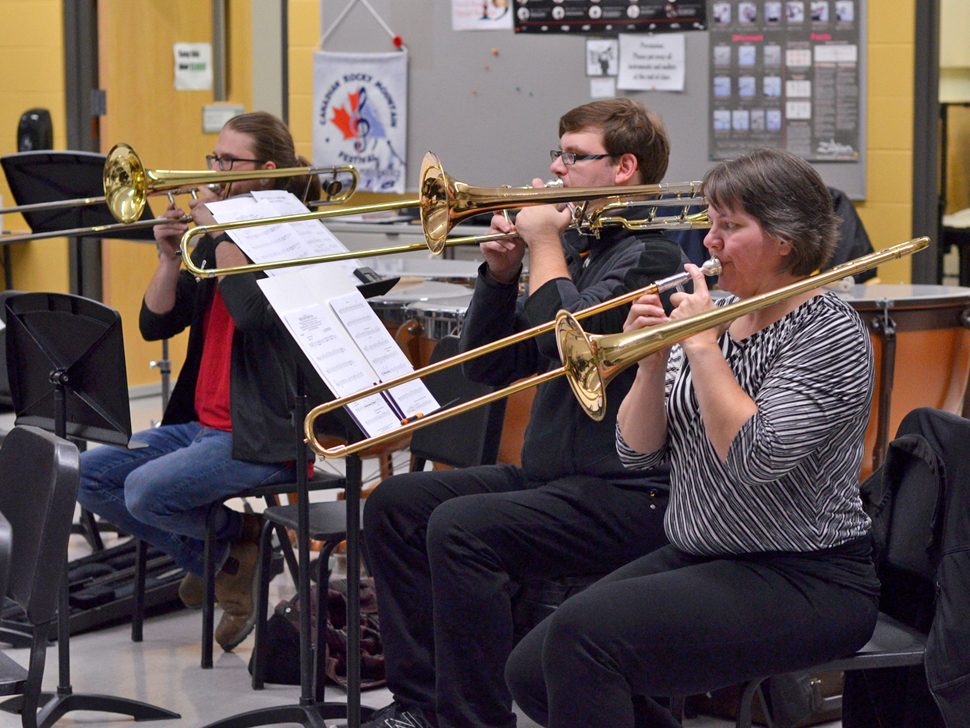 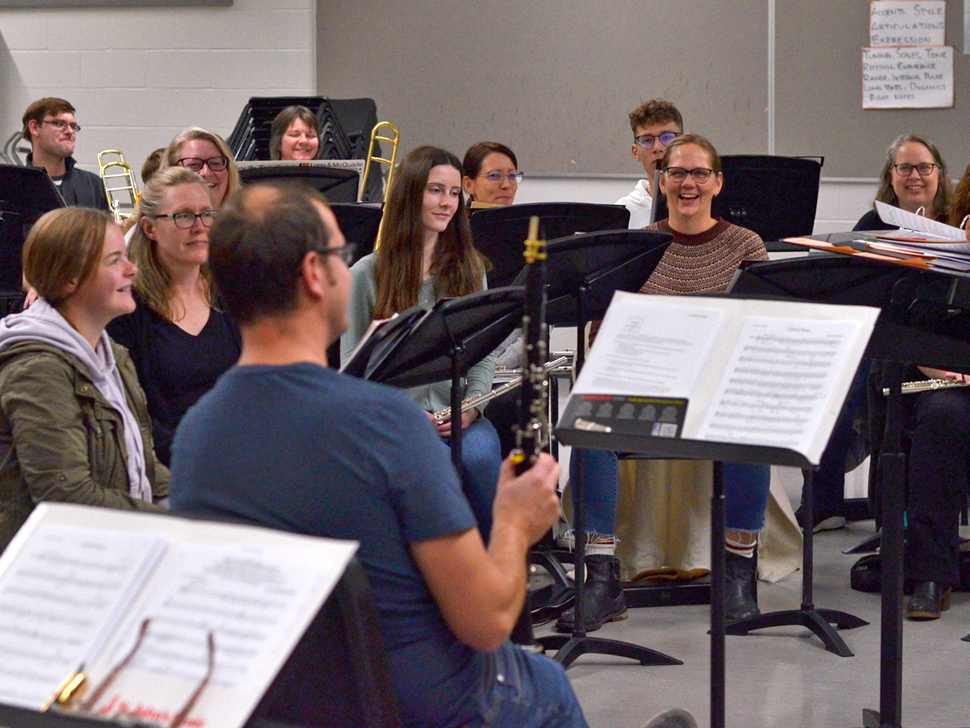 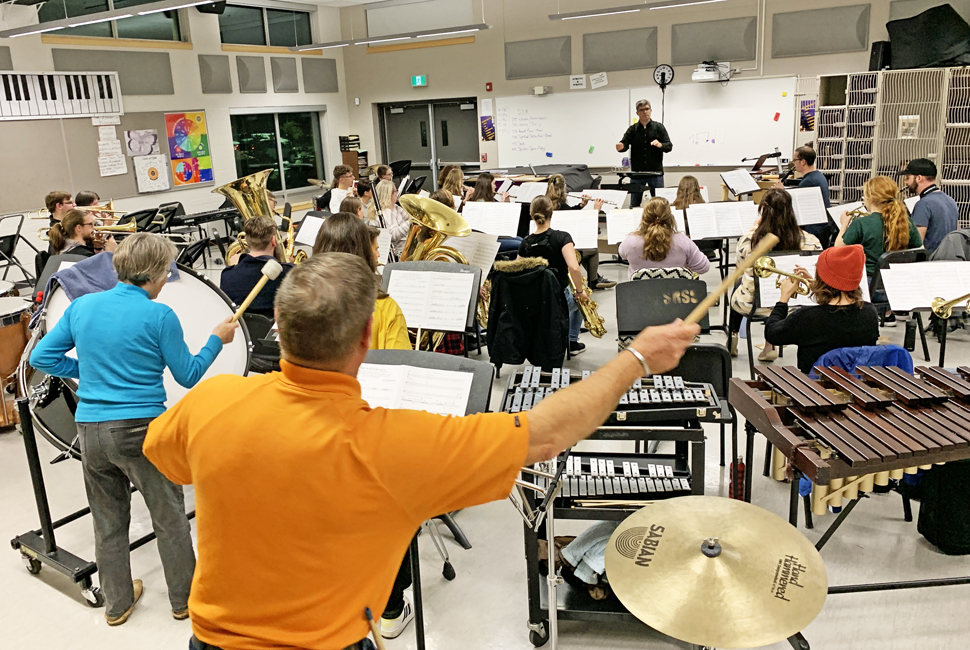 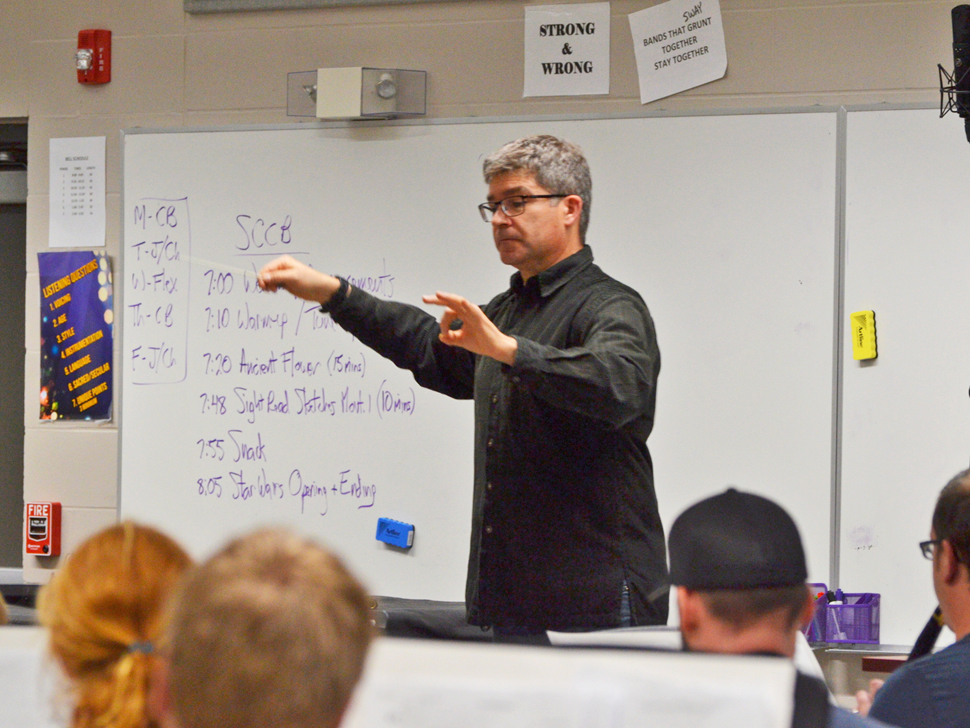