The Steinbach Pistons choose a cause and auction off special edition jerseys every November.

This year, they chose the Poppy Fund as their cause.

It’s not often the Steinbach Legion Poppy Fund receives a large donation, but they did this year thanks to the auction of the Steinbach Pistons military-themed jerseys.

The proceeds from the auction help support local veterans in our region.

Tyson Kehler created the military-style jerseys. Jamie Roy from the Steinbach Pistons says the team loved how the jerseys turned out and were excited to wear them.

“We have a lot of our own fundraisers during the year, but this one gives us a special edition jersey to wear which the players really look forward to,” he says. “And it's a chance to auction off and give back to different causes here in our region, so it's really rewarding.”

The Pistons try to give back not only through fundraisers, but through volunteering.

Their goal every season is to volunteer 1500 hours in the community.

"It’s important for our coaching staff to develop good young hockey players and help them advance in their careers, but also develop individuals of character and leadership and integrity.”

Through the auction, the Pistons we're able to donate just over $2500 to the Poppy Fund.

Roy says it’s all thanks to the generous people that bid on the jerseys.

“It's our fans, season ticket holders, some of the players parents, and we even get some people all around the province that bid on jerseys, some people that just collect different jerseys from teams and stuff.”

Audrey Harder says the Legion usually aims to raise $10,000 for the Poppy Fund each year.

“We don't know if we would have hit that this year, but we definitely will now for sure.”

Most of the money raised usually tends to come from people donating when they get the poppies.

“On occasion we will get a larger donation here and there. This is huge for what we do.”

She says the money raised will go a long way. It can go toward helping people pay rent, buy groceries, and even go toward different support groups.

They have a PTSD group that they support, which is something a lot of veterans deal with.

"We are trying to make sure that those services and supports are there for people when they need it.”

Harder says 100% of the Poppy Fund goes back to veterans and services that veterans may use within the community.

She says it can be used for a wide variety of things, but notes it can’t be used for the Legion itself.

“It can't be used to pay bills, it has to specifically be used for people who are veterans and within that community.”

If you think you might be able to benefit from some supports through the Legion, call 204-326-5335 or email steinbach190rcl@outlook.ca. You can also visit their website or Facebook page.

They will gladly talk to you and see what they can do to assist you.

with files from Judy Peters 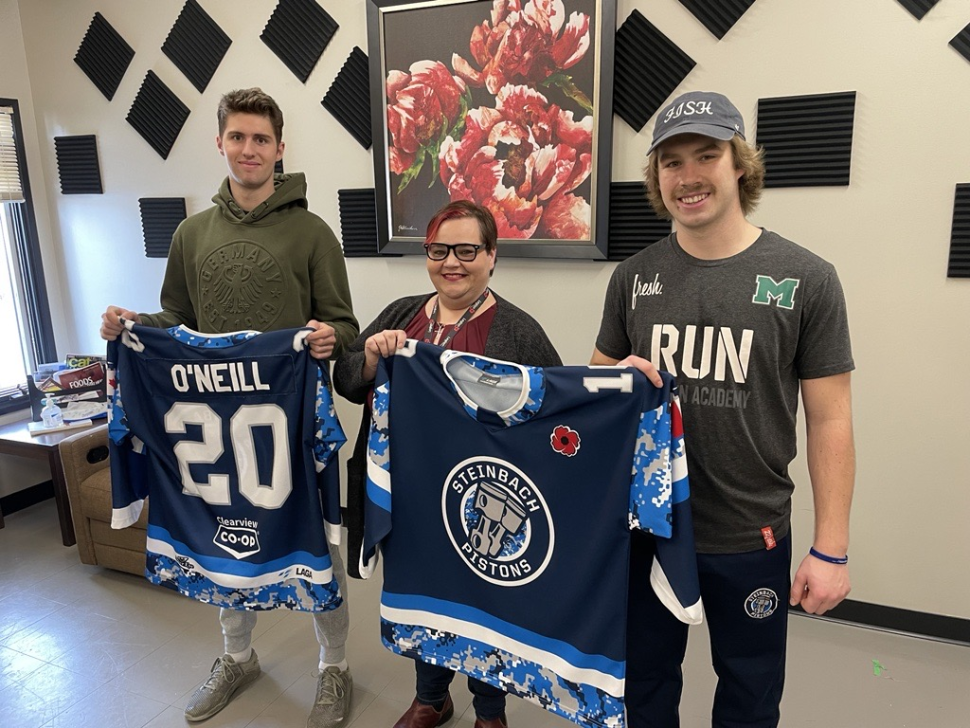