Using poppies to educate our youth about Remembrance Day

Thousands of poppies were distributed to students in the Southeast along with information on why we wear the special lapel pins every November.

“We know it's important and the Legion knows it’s important,” says Audrey Harder, President of the Royal Canadian Legion branch in Steinbach. “That’s why it’s part of our mandate to make sure that every student gets a poppy.”

Harder says the poppy symbolizes the veterans we have lost and the peace we have gained.

Mitchell Girl Guides have also learned about the significance of poppies.

“They are very interested,” says leader Julie Millar. “They are engaged. They really understand the importance of the poppy and what it signifies.”

Participating in the distribution event has helped the girls learn more about Remembrance Day, Millar adds. She notes that the guides shared their knowledge with people they met while handing out poppies in various businesses.

“They speak about how they feel safe here in their homes and are grateful for the sacrifices of our armed forces,” she says.

We often see young people involved in Remembrance Day services and Harder says this helps to make sure we will never forget the sacrifices that were made to give us the peace we enjoy today.

When you go home
Tell them of us and say,
For your tomorrow
We gave our today. 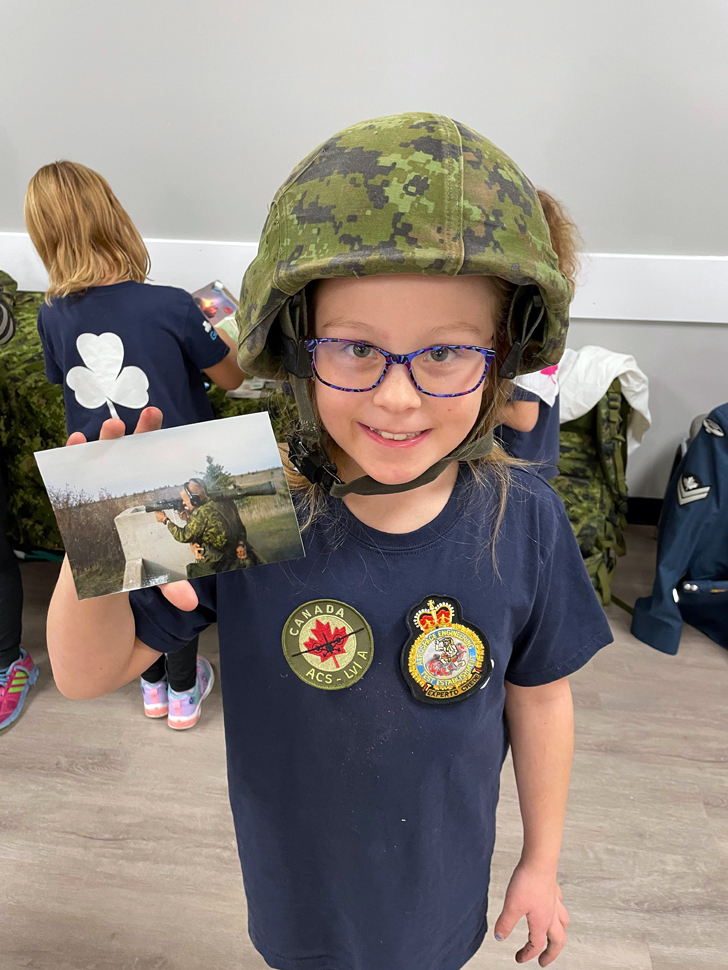 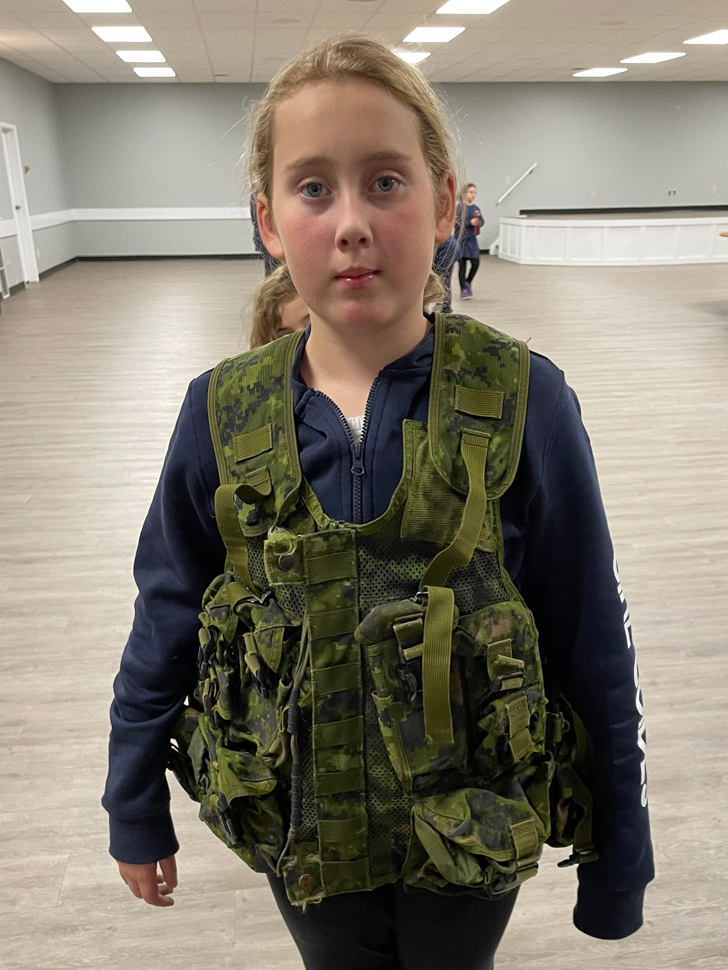 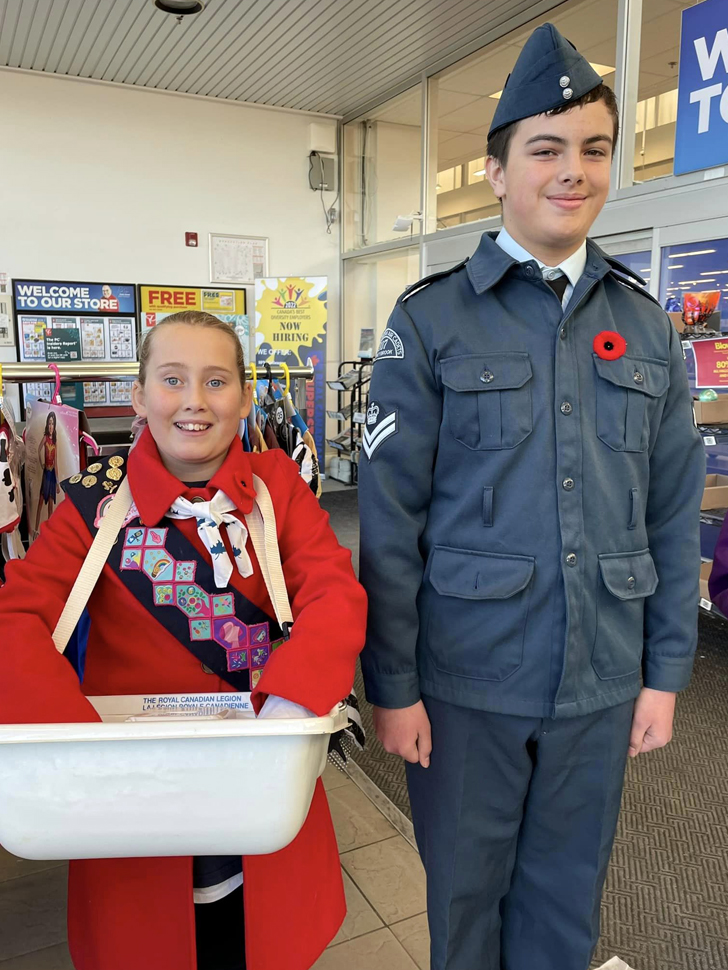 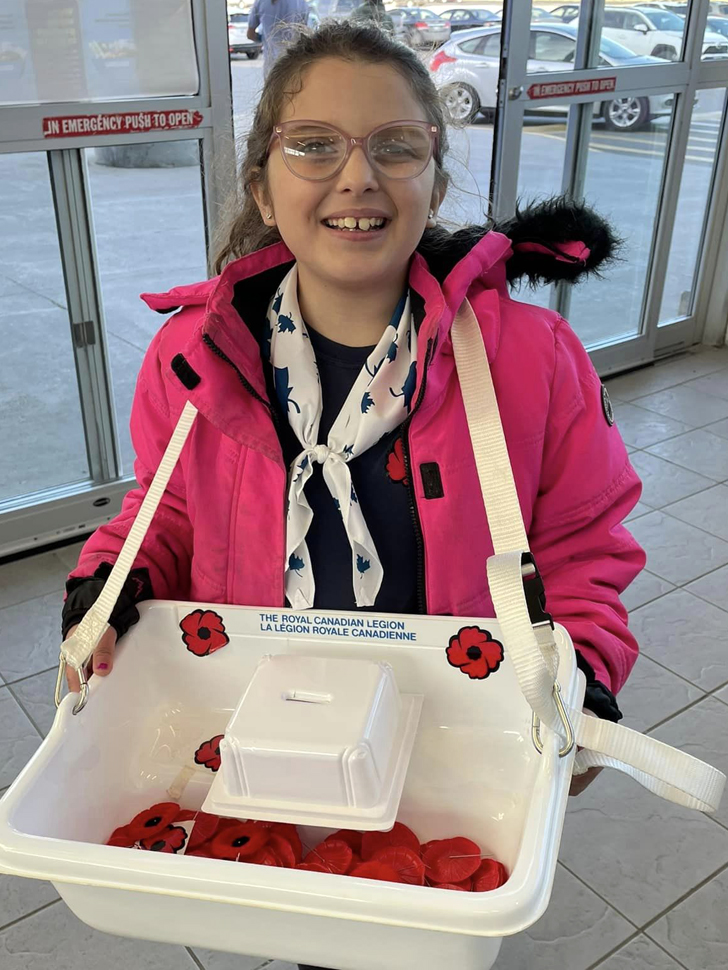 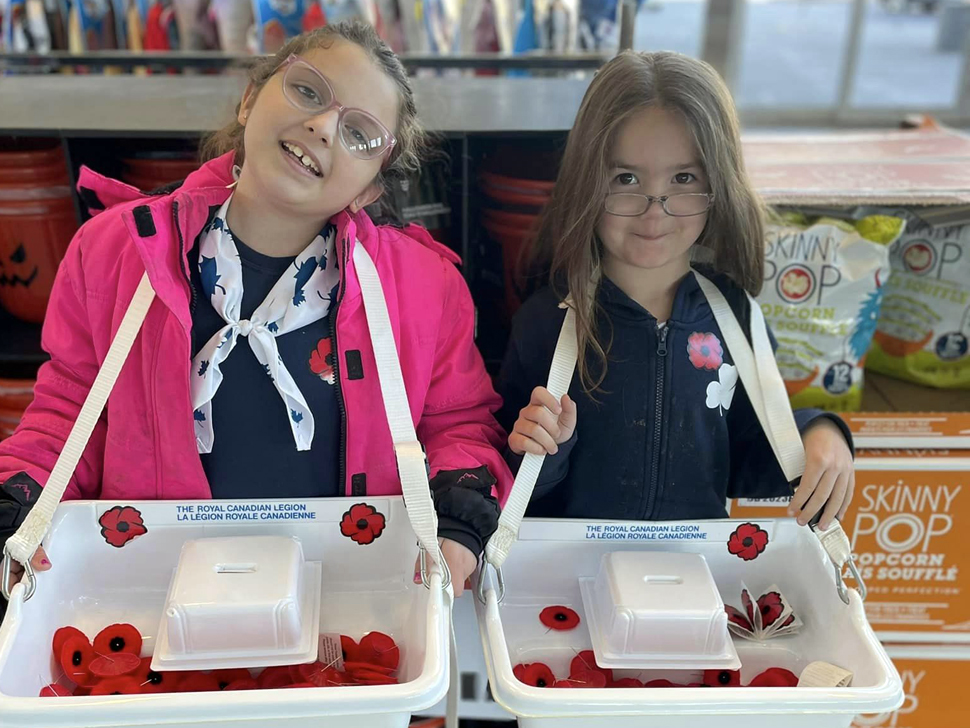 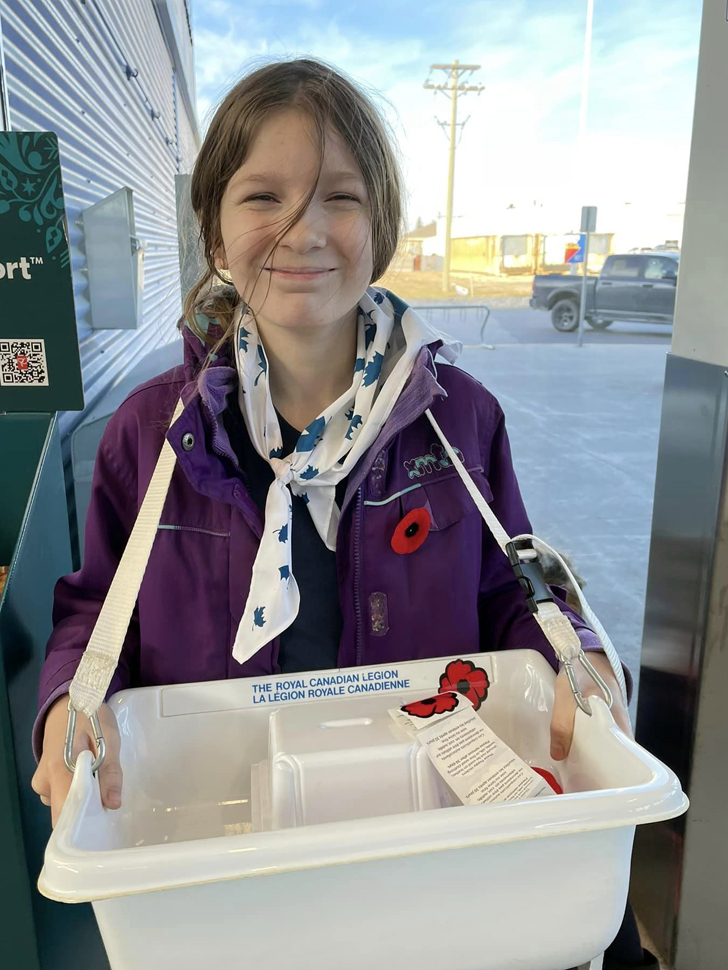