Ukrainian potluck welcomes over 250 refugees with gifts and community

Daryna Malyukh, who was born and raised in Ukraine, says she is passionate about helping Ukrainian refugees.

When she heard about the task force, she didn’t hesitate to volunteer with them. “Being a newcomer is a tough thing, especially when you’re forced to move to another country because of the war in your country,” she says.

“So our task force committee said we need to jump in with something special for a Christmas event."

They decided to host a Christmas/New Year potluck event at the MB church in Steinbach, to allow Ukrainian refugees to meet each other.

She says it went very well. “We had over 250 people. I would say 90% were Ukrainian newcomers. And actually, we have over 100 families who have moved here to Steinbach and area since May of last year. So it's a huge amount.”

Malyukh says, had translators at the event to translate between English and Ukrainian speakers.

She says it was nice to speak her native language at the event.“It was kind of like you feel at home. You know all of this Ukrainian language, all of these Ukrainian jokes.”

Malyukh says it was really special to have Ukrainian refugees gathering together. "For Christmas holidays, especially in Ukraine, we like to celebrate with family,” she says. “As a committee, we didn't want people to feel lonely. They were invited to come and gather together and feel like family because they all just came here.”

Malyukh estimates that around 40 kids were at the event, and says that just like the adults, they also had a great time. "Oh, kids were spoiled. They were blessed. They had freedom, they were running around, it was lots of fun.”

She looks back fondly at the event.  "We had so many laughs and we were singing traditional Ukrainian carols. It was amazing. We were crying, laughing, talking, sharing stories, and we simply couldn't go home, like it was a never-ending event.”

Malyukh notes they had surprise prizes for the event thanks to the support of local businesses. "People didn't know anything about prizes, but how we can celebrate Christmas without prizes,” she says. “We had huge support from the businesses right from the beginning.”

She says everyone was extremely excited to receive Christmas presents.

“There were two huge tables with gifts, and we agreed that each family can have one prize, so all of them got something,” she says. “And I heard people screaming ‘Ohh this is my first prize ever in my life,’ they were surprised like ‘what is this? Is it for us?’ So it was really amazing.”

Moving forward, she hopes that all of the newcomers will have a great life here. "I want them to be sure that we care about each and every one of them, and as a community, we are here for them,” she says. “I hope we will have more events like that, and I hope one day war will stop and we will be back to normal.”

She feels truly blessed to live in such a generous community. She says this small community has made a big impact. “There are just so many people and volunteers that it's hard to name all of them. But everyone who was involved, I'm saying thank you very much."

She thanks all the volunteers and businesses for helping make the event a success. “Without the community support, we would never have this kind of event. I'm really grateful that we live in this community.”

Malyukh shares some of her personal story which shows why she is so passionate about the task force.

When the war first started in Ukraine, she was involved in a project in her hometown to help get refugees food and medicine.

Her hometown is located near the Poland borders, where she says it’s slightly safer than other places in Ukraine.

"Bomb attacks were just like 10 kilometers from us, so we are getting refugees daily there.”

She says the rest of her family is still in Ukraine helping other Ukrainians.

“All my family still stay in the town because it feels safe-ish. They help other people. We were even hosting a family from the East for many weeks that lost their home.”

I would like to say a huge thank you from the bottom of our hearts to Chris Goertzen and Denis Vassart our committee co-chairs who made this event possible.

To pastor Walter Fast who opened the doors of the MB Church for us.

To all faithful volunteers who were helping with organizing this event, especially Viktoria Romaniuk Pylypets.

For all businesses that donated:

Old Church bakery who covered our deserts by donating over 250 pieces.

To The Moon Creations (Amber Klassen)

We are grateful to each and every one in our community.

With files from Adi Loewen 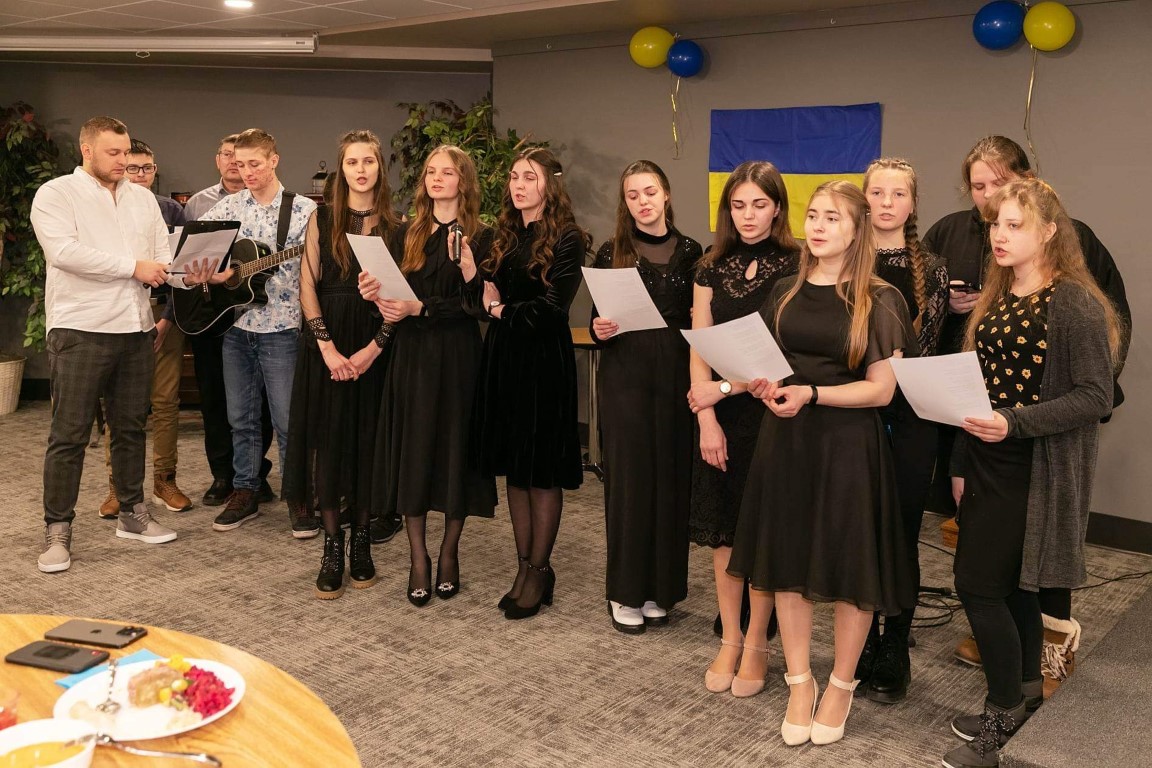 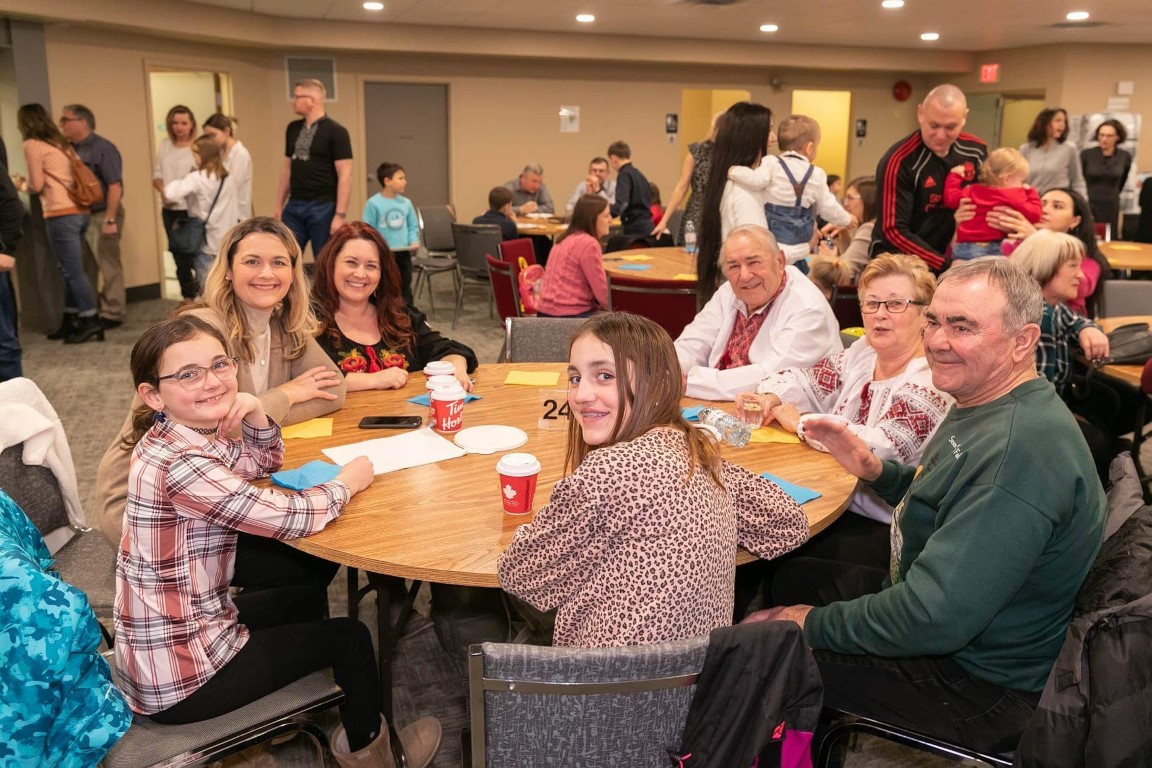 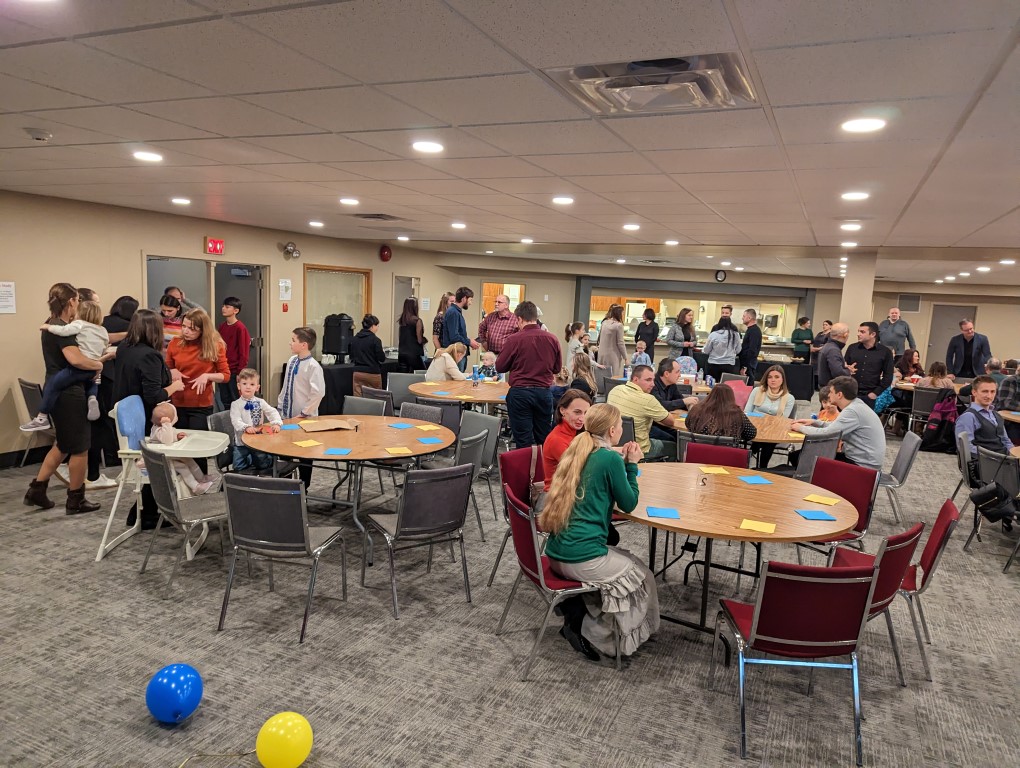 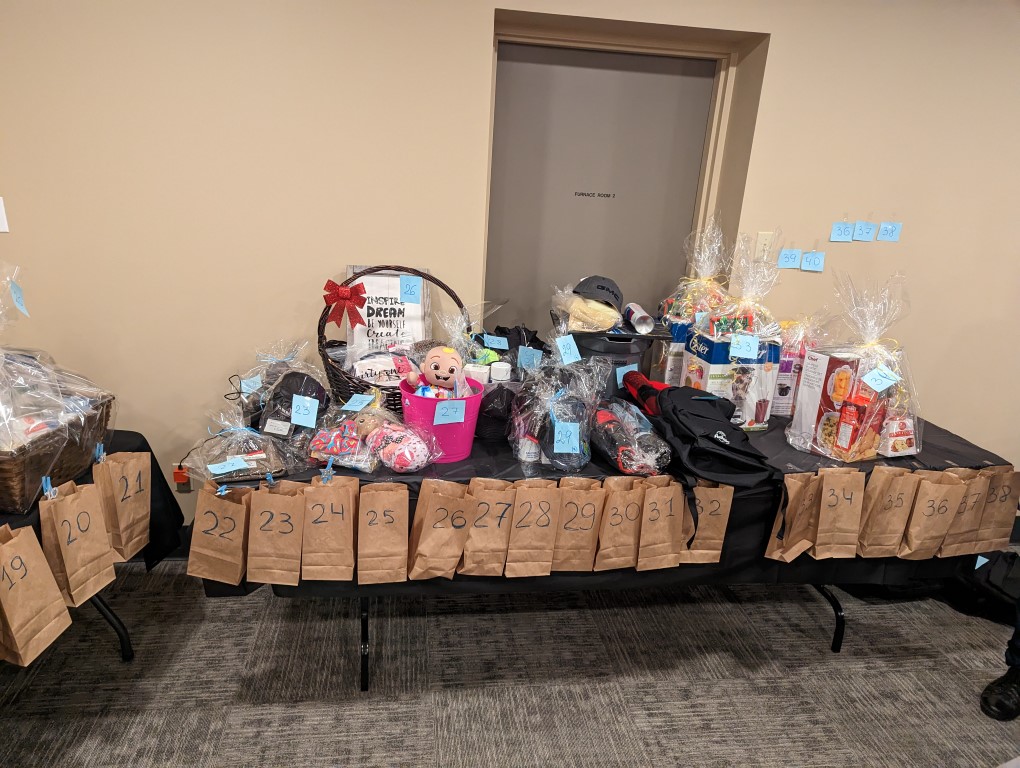 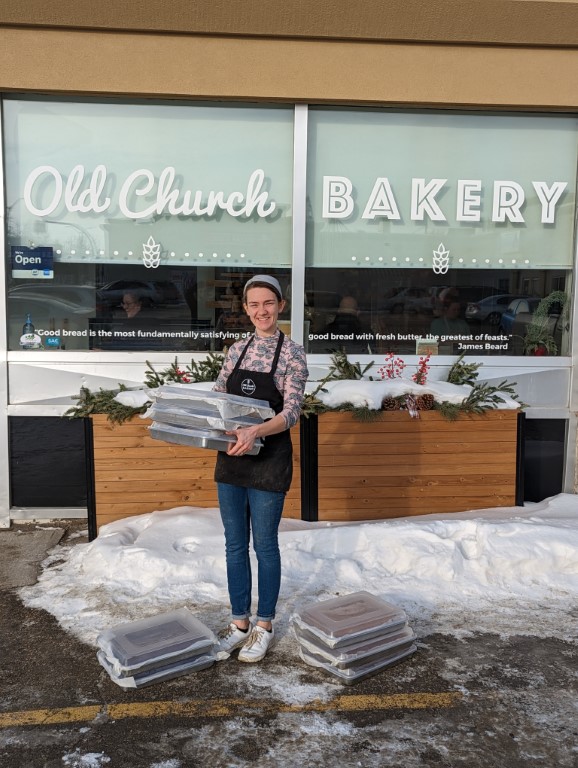 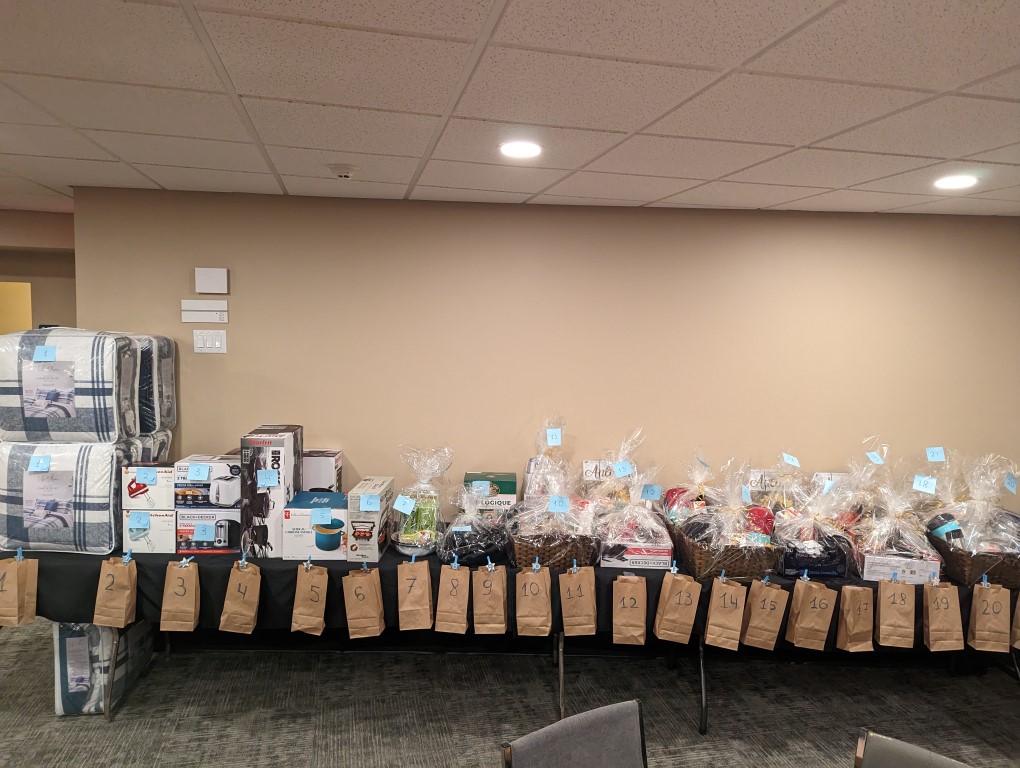 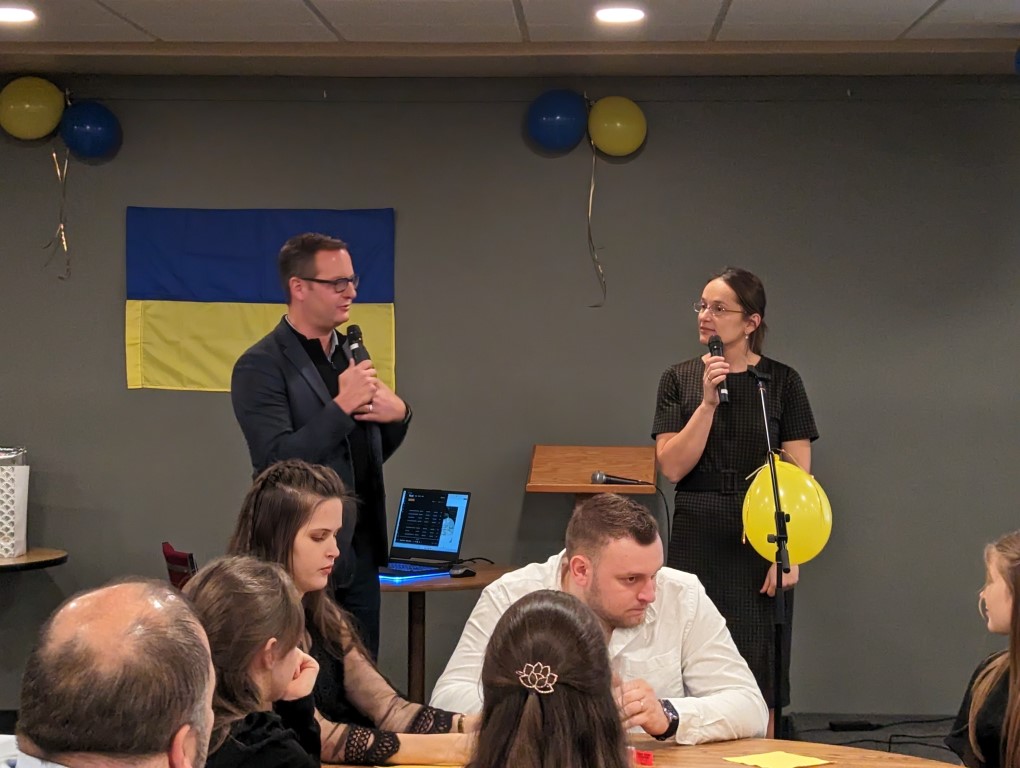 Mild snowy Monday with a very chilly weekend ahead