Family from Ste. Anne makes a deal with Dragons

A family from Ste. Anne recently impressed the Dragons with their product, the Snowdozer.

Their ask was $50,000 for 40% of the company. The Snowdozer received three different offers from the Dragons.

The first offer was from Robert Herjavec who offered $50,000 in services for 10% royalty.

The second offer was from Vincenzo Guzzo who offered $75,000 for 50% of the company.

Judy Stoddart says their current plan moving forward is for Robert to set them up with a larger company for a licensing agreement.

"So, with Robert, once we are established with a company, the first $50,000 is automatically given to us. After that, he gets 10% of the royalties.”

She says their time leading up to the show was extremely stressful.

“It was stressful. I can't deny it. Prior to the pitch, we spent the two days in the hotel just rehearsing. Like I was nervous, but I did have the confidence from the start that we would get a deal.”

Stoddart notes discussing with the Dragons was also exhausting.

“It was a grueling 45 minutes in front of the Dragons with questions, answers, just splashing back and forth. The Dragons themselves were wonderful.”

Although it was hectic, she says it was all worth it since they are on course for what they set out to do.

"We wanted to get the product in the marketplace and get it to a company that can make it work and take a small portion of the royalties."

Believe it or not, the first Snowdozer was made of a piece of wood attached to a hockey stick. Could these simple beginnings be any more Canadian?

Inventor of the Snowdozer, Judy’s husband, Lorne, says the concept came to him when he and his wife moved into their new home with a large driveway.

Lorne says he likes to keep their driveway as clean as possible.

The snow blower and shovel didn’t satisfy him, so the Snowdozer was born.

“What I devised was a 1x4 board that was about four feet wide, and I cut off the end of a hockey stick and I attached the hockey stick to the board.”

He was shocked at how well his makeshift creation worked to clear snow and thought to develop the idea a little further.

“And basically, that was the start of the development of the Snowdozer.”

The family patented the product six years ago because they knew the idea was good.

"We went out and we tried some companies to see if they would be interested in building it for us. This was six years ago, and we got no response back, so it's like, ‘okay, what do we do now?’”

So, they decided to build Snowdozers themselves in their garage and sell them.

It’s gotten to the point where they can only supply a certain amount, while demand is higher than what they can handle.

They are looking forward to shifting the construction of the product out of their garage, and into a company.

“So, it's a natural progression to get it to a company that can actually make it in a cost-effective way.”

Lorne says the Snowdozer works best at anything up to about 4 inches of snow. So don’t throw out your snowblower because those are still useful for after a big snowstorm.

“So, you would push the majority of the snow away with your snow blower, and the residue that's left is easily cleaned up with the Snowdozer,” he says. “So, my preferred method of cleaning snow is the Snowdozer, but yeah, occasionally you have to use other tools as well.”

You can watch the clip of Stoddart and DeGroot on Dragons’ Den here.

with files from Kenton Dyck 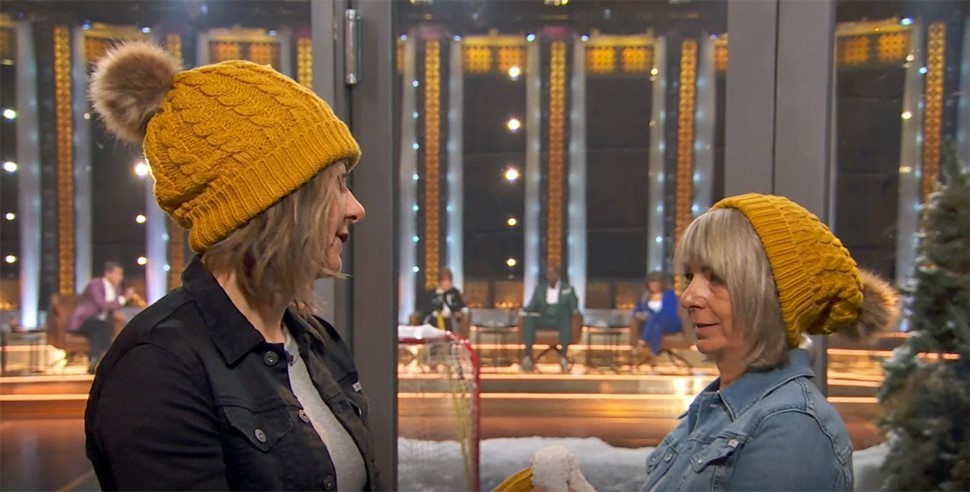 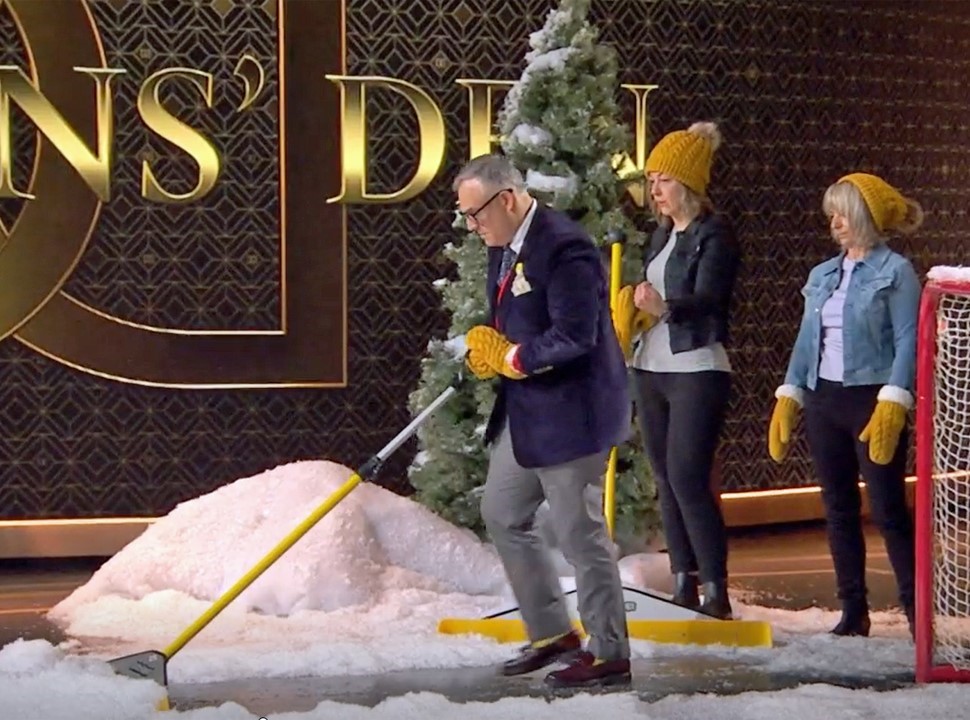