Pilots flying into the Steinbach North Airport are now able to use Instrument Flight Rules (IFR). Bardia Salimkhani, President of the Steinbach Flying Club, says they started the process of bringing this to Steinbach about six years ago. The inaugural flight using this equipment happened last week.

Salimkhani explains that there are two main types of rules when it comes to flying: Visual Flight Rules (VFR) and Instrument Flight Rules (IFR). He notes VFR is essentially looking outside the plane, identifying landmarks on the ground and then navigating from Point A to Point B. In order for that to happen, Salimkhani says you need a certain amount of ceiling and visibility to identify those landmarks and other aircraft in the air.

According to Salimkhani, IFR uses navigational equipment to get from Point A to Point B. This comes in the form of equipment on the ground or satellites in the air. He says there are receivers on the aircraft that can receive those signals and assist in navigation. He notes prior to last week, the Steinbach North Airport did not have this. As a result, anyone wanting to use the airport to fly in and out of, would need a certain amount of ceiling and visibility to safely navigate.

Salimkhani says in short, this will make their airport a lot more safe and accessible for pilots, companies and medical aircraft.

Passengers on board the inaugural flight.

"For more businesses to come to town that's a primary thing for them, they need to know that they have reliable access to the airport," notes Salimkhani. "We have STARS helicopter visiting the airport quite frequently, this enables us to give them access when it's needed the most. Not every time we can get a helicopter or an airplane in the airport if the weather is bad."

Prior to now, if an airplane had to come to Steinbach and the weather was not good enough, it would be forced to go land in Winnipeg or somewhere with better navigational equipment or better weather.

According to Salimkhani, when you consider all of the airports with a paved runway, Steinbach is the closest to Winnipeg, both driving and flying. He says this new system gives the airport that benefit.

As mentioned, Salimkhani says they started this process about six years ago. He notes a group of volunteers got together and did all the research and studies. The runway was closed for one day last fall in order to do a survey. A survey company came in to measure the dimensions of the runway and also obstacles around the airport. They then took those studies and submitted them to a contractor who designed the approach. What then happens is waypoints are designed in the sky for an airplane to use in navigating towards the runway. The application was then submitted to Nav Canada, who completed its own studies to make sure it met all requirements.

Salimkhani says the airport did the preliminary work and sent it to the city of Steinbach to make it happen. On Friday, the inaugural flight using IFR was done. Several City of Steinbach staff had a seat on that first trip. 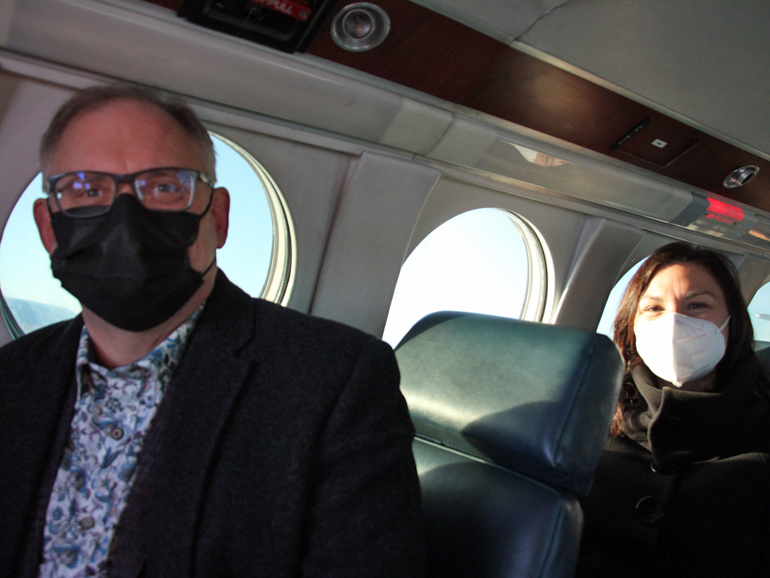 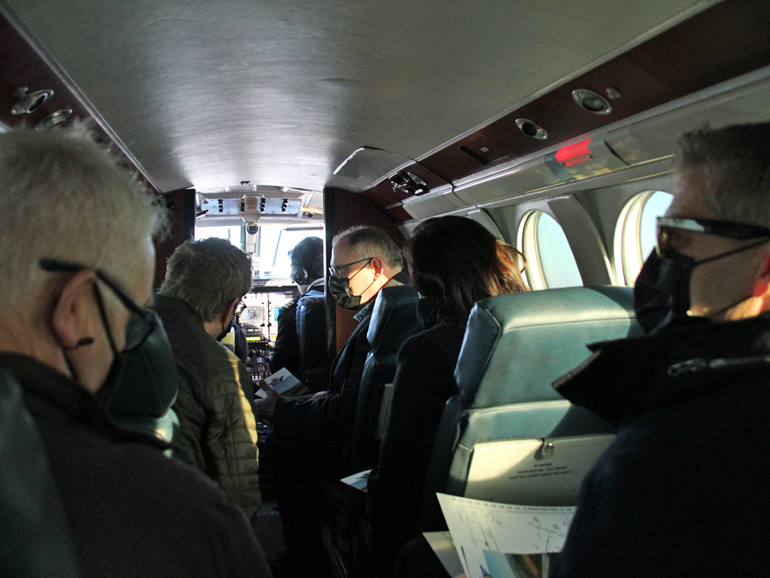 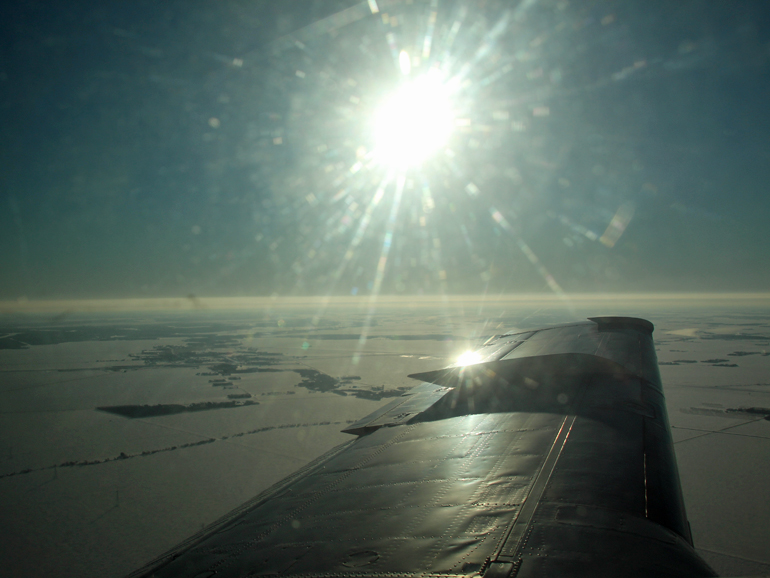