A statue of an iconic moment in Mennonite history was unveiled on Saturday at the Mennonite Heritage Village.

The sculpture is of Dirk Willems, an Anabaptist martyr who was imprisoned for his beliefs in the 1500s. Willems managed to escape but as he was being chased over a river surrounding the prison, a jailer fell through the thin ice and started crying for help. Willems, instead of running, turned around to save his captor from drowning. He was later executed for his faith on May 16, 1569, in Asperen, Netherlands.

Elbert Toews, Chair of the Peace Exhibit Committee, says this is phase two of their three-phase project. The first stage was the conscientious objectors' monument that is already in place at the museum and the third phase will be an interpretive centre.

Toews explains the statue serves as a reminder that in this world of war, there are other ways of resolving conflict.

"I think that is what this is supposed to represent. That we as human beings, we do have minds, we do have understandings, we know how to resolve conflicts in many situations but we still don't seem to know it at the greater level, the world level," says Toews.

Toews praises the work of sculptor Peter Sawatzky, "if you look at the sculpture and how he has interpreted the faces on these individuals, as they are seen in the rescue operation if you will, is quite amazing." 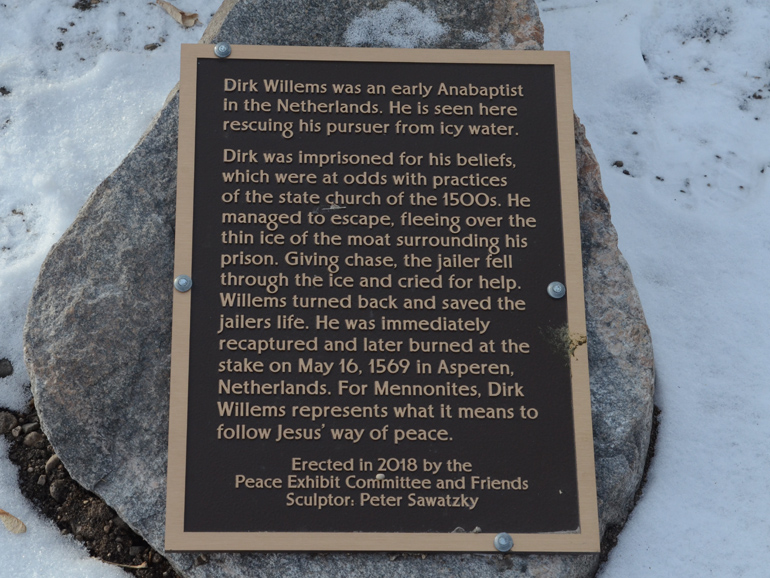 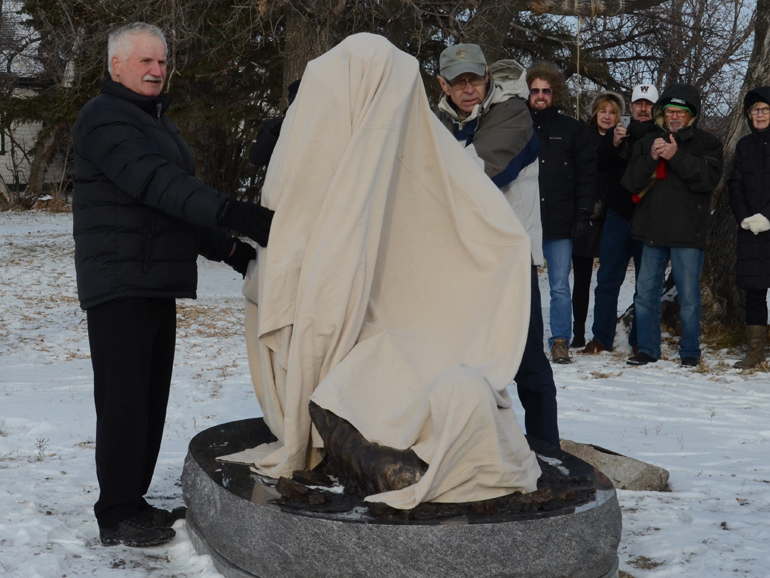 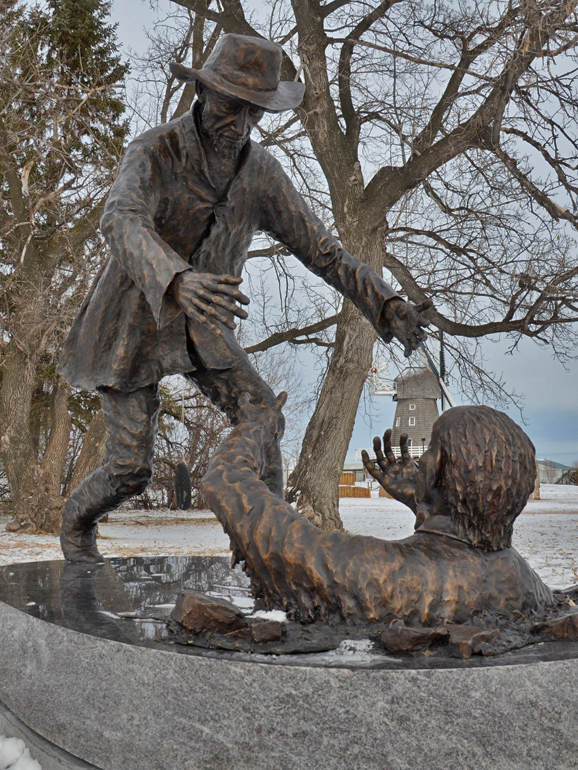 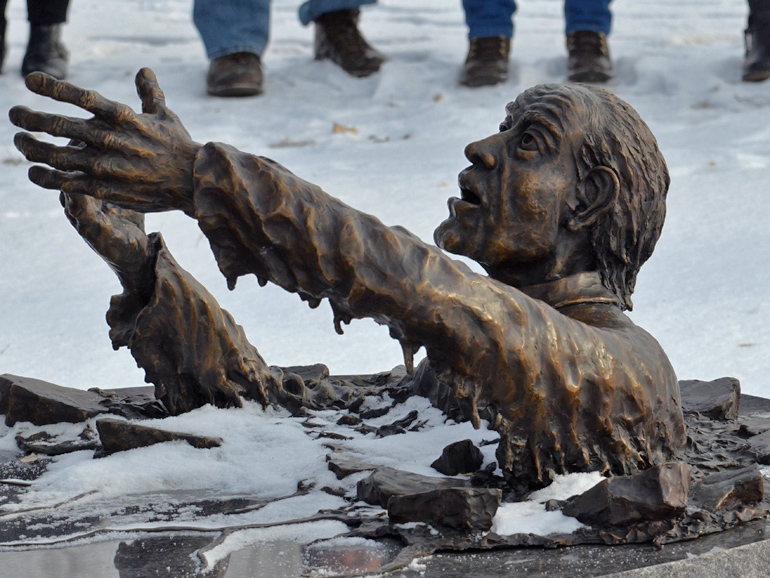 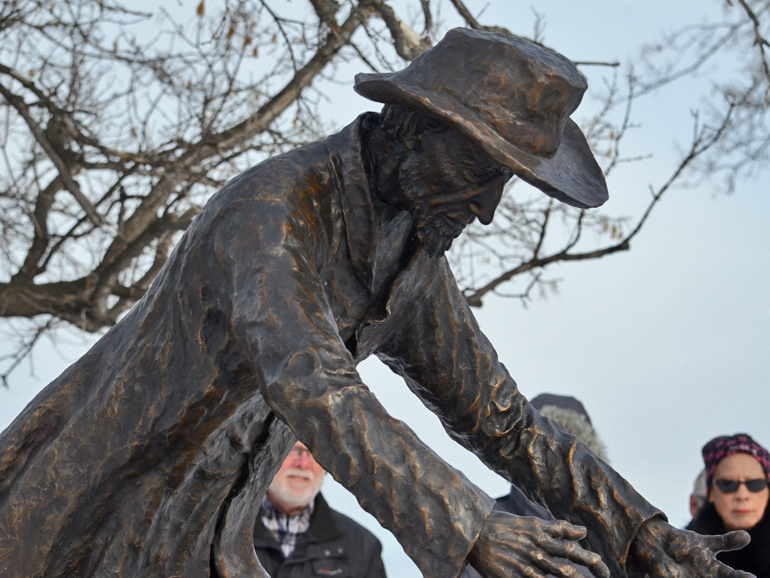 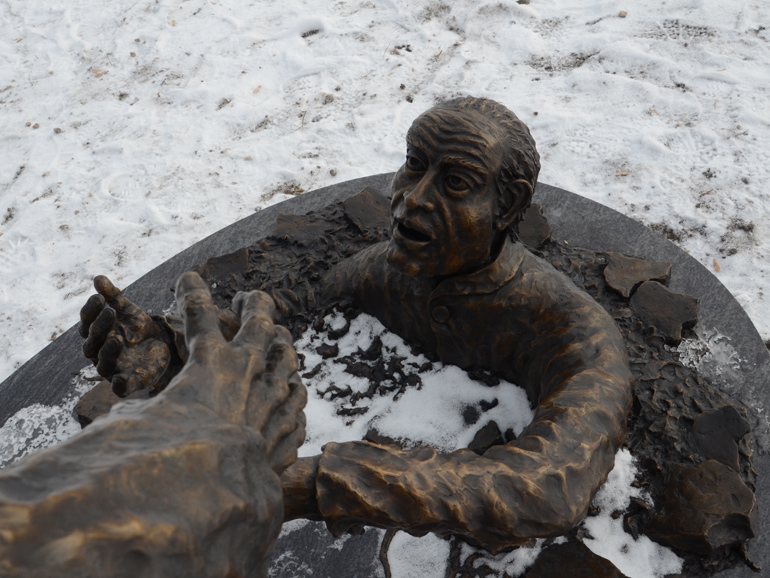 "We're fully booked, that's a good problem to have"

A busy year so far for the Steinbach Fire Department