What do nuns and gangsters and a parsonage in financial trouble have in common?

The Broadway musical has been adapted and will be directed by Steinbach Bible College drama teacher and director of Candlewick Productions, Richard Klassen.

Klassen says rehearsals have been going well. “It's been a lot of fun. This is a fantastic group. They're a hard-working group and to put the pressure of not just the acting and the singing, but to add some choreography and some dance into it, we've got a bunch of Mennonites on stage trying to do choreography, it makes it very interesting.”

He says everything is coming together very nicely. “We're getting excited.”

The performances are taking place in the SBC Theatre and Klassen says, having such a small space has been challenging for all the scenes they have needed to create. But he says, “it's fun to be able to try. We've had to come up with a creative design that still has the elements of what we need for the piece.” Klassen says they’ve had a very creative crew constructing the sets, benches, and even stained-glass windows. He adds with the technology and lighting they have been able to create a space that will take the audience to several different locations while staying in their seats.

Klassen explains that what the audience will see will be just a bit different from what they may have come to know about “Sister Act”.

“So when it comes to what people will remember about the movie “Sister Act”, this is different as this is a Broadway musical. Some songs you might be expecting from the movie will not be in this one because it is the Broadway musical.” But says Klassen, “it’s just as upbeat. It's just as fun. The overall story is still there. The overall idea and themes are all there. It's, yeah, the Broadway version, of course.”

Klassen says whether you are familiar with the storyline or not you will appreciate the performance.

“What I like about this particular musical, is that it does have those comedy scenes, right? But it also speaks to the heart, you know, in terms of where our ambition might be. When you think of Dolores (the main character) and what her goal was in life and where it was headed, then all of a sudden there's a hurdle thrown in, something she wasn't expecting, it wasn't a part of what she was, who she was, now she’s a witness to a crime and she goes into protective custody and then she's put in with these nuns, which is a totally different lifestyle than she was living. How does she deal with that? “

Without giving too much of the story away, Klassen says we will be glad to know that Dolores’ two worlds begin to merge, “and you see how life can bring joy to the church, but also those who are outside the church just to realize the church isn't as stuffy as what we sometimes make it out to be.”

Nun #10, also known as Sheila, says being in a musical like this has been on her bucket list for a long time. “My bucket list item had to do something in the musical realm, but just the timing of it never seemed to come up and so now, when this came up and I was like, oh, I like the movie and it should be fun, I've never even known there was a Broadway option, so everything about it is actually new to me, but it's still been a very positive experience, so I'm excited to check this off my bucket list.”

Sheila says the audience will enjoy themselves. “It's going to be a rockin-good-time because there's a lot of music. Lots of music. We bring a very high energy to the story, which I think is actually quite a drawing. The second thing I would say is that it’s still got the gospel message, which I think is pretty key even for something that's fun and creative and we're pulling quite a bit of creativity out of the original work. But the gospel message comes out pretty clear, which was important for me. I wanted to participate in something where that is going to be a key factor in the musical, and that it is.”

Meanwhile, Nathan, a drama student at SBC says his character is Pablo, one of the thugs in the production. “There's three of us, TJ, Pablo and Joey. We're kind of just idiots essentially, and we just kind of run around and do really dumb things,” he says with a smirk.

Nathan says it’s been stressful but fun putting the musical together. Now that it’s showtime, he says the audience should get ready for a lot of laughter. “They will also see lots of colour, lots and lots of fun really and good redemption. So, it's a good story.”

He says this musical is not the same as the movie, Candlewick Productions are always unique. “This show will not be done anywhere else. It will only be done here.”

The SBC cast along with Candlewick Productions performances of “Sister Act” will take place in the Steinbach Bible College Theatre from November 10 to 13. 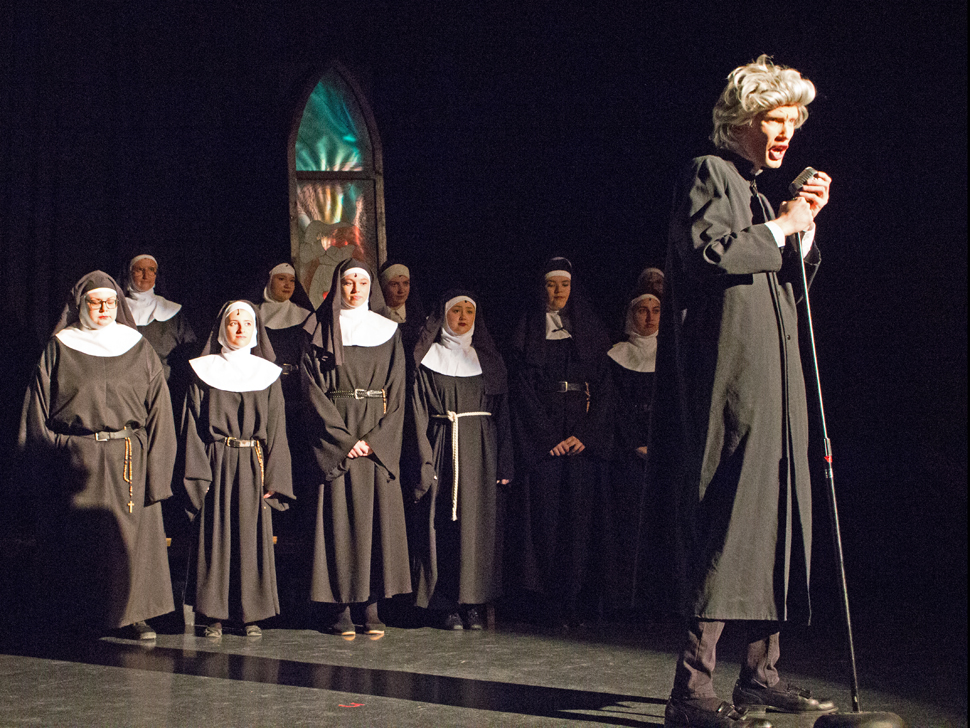 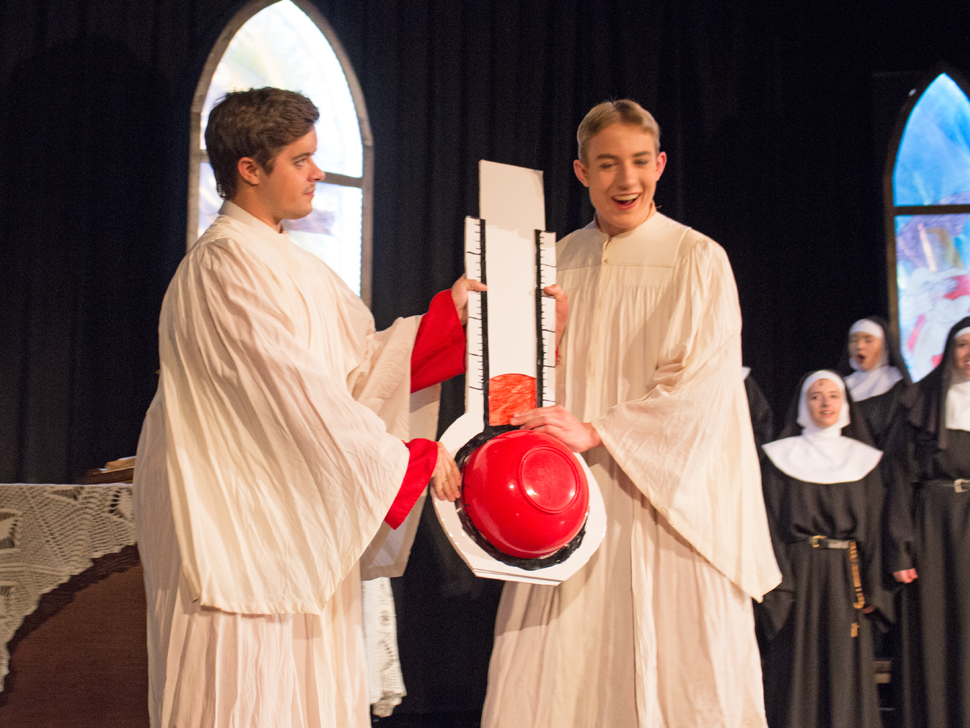 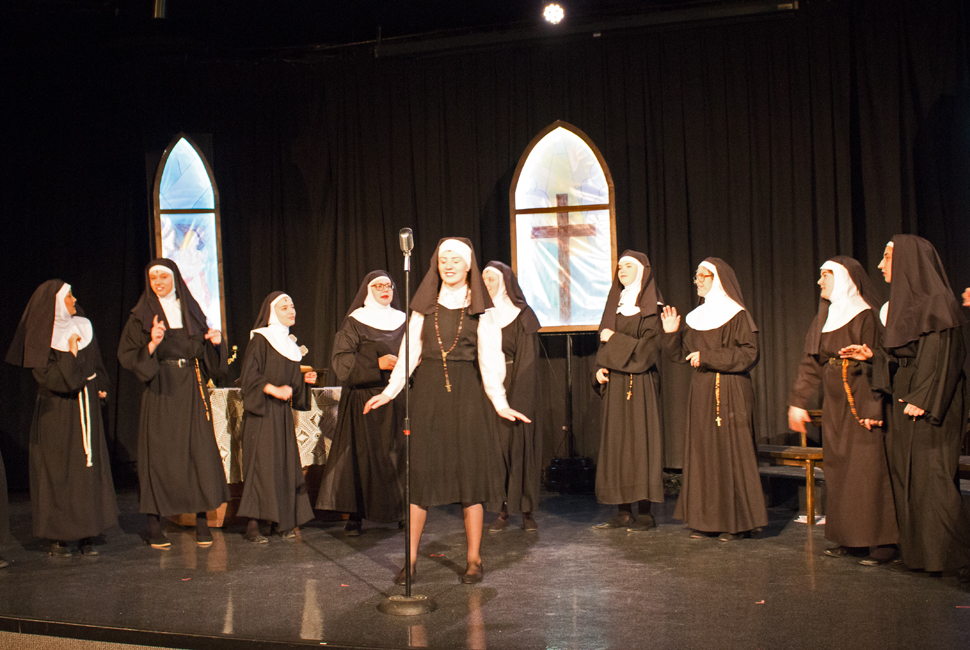 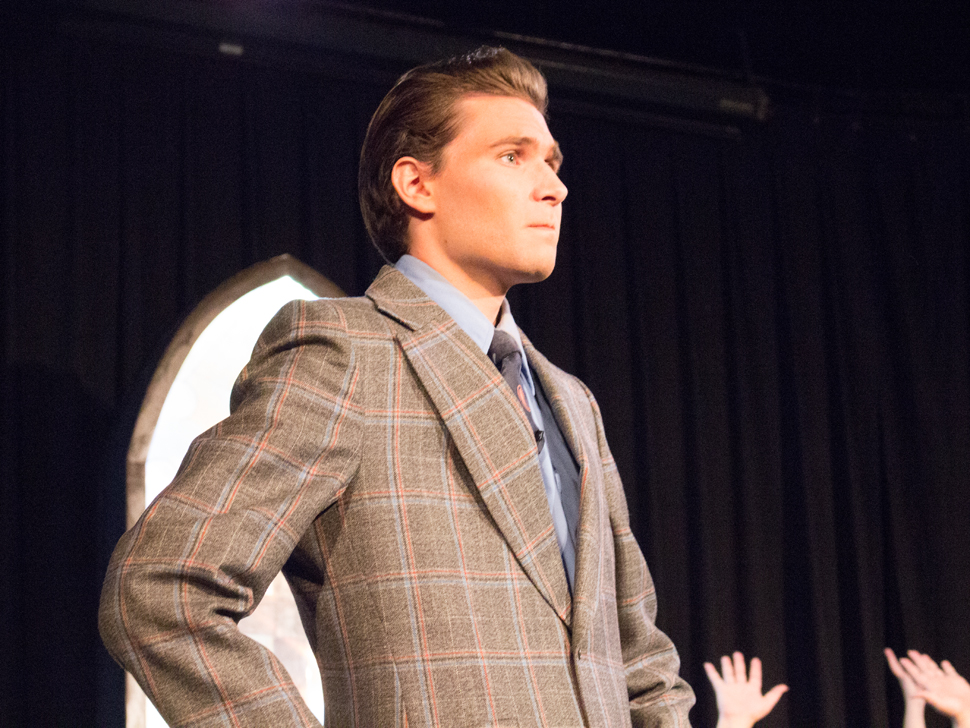 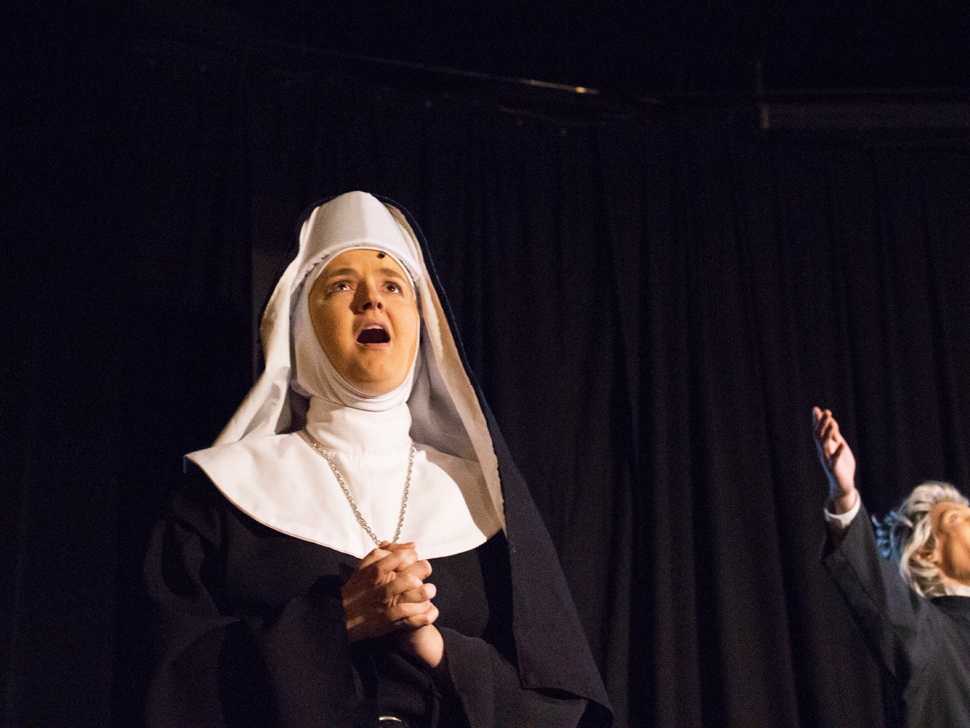 This is just amazing!