It’s been four months since the death of Queen Elizabeth II, yet the celebration of her Platinum Jubilee continues throughout the commonwealth, including in Steinbach.

MP for Provencher Ted Falk had been given 50 pins and medals to be given to 50 individuals who had been nominated for their service to their towns, communities, and neighborhoods in the southeast.

The auditorium at the Mennonite Heritage Village Museum in Steinbach was packed with nearly 250 guests Wednesday night.

Falk describes those in attendance. “As I looked around the room, I recognized a lot of the people here. A lot of the recipients had been nominated by their peers and their communities to receive the (Platinum Jubilee) pin, the medallion, and a certificate. And I just thought, “Wow, I'm in a room of greatness. These are great people in their communities. They're the servants in the community. Their community wanted them to be recognized. “

Falk continues, “This is the heart of many of the communities in Provencher and as I said in my opening comments, you know, from all corners of Provencher were represented, right from the RM of Whitemouth, the RM of Springfield, the RM of Emerson/Franklin, RM of Piney and all the RM's in between. It was just fantastic to see people being honored for the community service and the volunteerism that they've been part of and are continuing to do in many instances.”

When talking about the 30 Platinum Jubilee pin recipients, Falk says he was amazed by how many hours individuals are volunteering and the passion with which they serve their communities.

“We saw folks here with 40-some years of service to their communities. There were a couple of individuals that had been in their fire departments for 40 years serving the community, going out on those midnight 3 am calls, faithfully serving.  I looked around the room this evening and I thought for every individual and recipient here, there's a family behind them. One of the recipients (tonight) indicated he couldn't have done what he did for his community, without the support of his loving wife. And you know, I think that would be the story of a lot of the recipients. It's because they had a family that supported and surrounded them, that they were able to give back to the community.”

Falk says it’s exciting to see these kinds of things going on. “I hope we can build on volunteerism. You know, the servant Queen that we had here in Canada for the last 70 years, I think she was a phenomenal example to follow and to try and emulate. I think that's what a lot of these folks are doing, which was also very exciting.”

Falk speaks about how full the auditorium was. “That's because these people were so excited that they brought their families along and we weren't expecting that. We were thrilled that they came. We were happy to set up extra tables and chairs. The room was packed. There was lots of energy in the room. People were really appreciative of getting recognized.”

The first female Reeve in the RM of Stuartburn, Michelle Gawronsky, was one of the recipients and says, “To receive the Queen's Platinum Jubilee medallion is an honor I never ever thought that I would see. I wish my mom and my grandmother were alive. They were very much royalists, and they would be over the moon right now. My grandmother actually grew up a block away from the palace. This is such an honor. I can't wait to find out who nominated me from my community. I'm so grateful to my community and to my children. They're all here with me today. Just to receive this kind of an award. I'm over the moon. Thank you so much.”

Paul and Manuel Maendel from HEART (Hutterian Emergency Aquatic Respose Team) were also recognized for the work they do. Paul says, “It's an honor to be part of this group. Such a group of awesome achievers working together for the good of the community, community builders. We feel humbled that we were even nominated and hopefully God gets the glory and the honor for everything that we do.”

His brother Manuel agrees, “and to be surrounded by so many people who have accomplished so much to serve their fellow man, to be even mentioned in the same sentence as them is truly humbling.”

Robert Freynet, an artist from Ste Genevieve says, “I accepted this award in the name of the committees I'm working with. As well, I can't accept this award without thanking my wife. First of all, because she picks up all the pieces after me so. I'm very grateful for this.”

Former mayor of the city of Steinbach Chris Goertzen noted that it takes a lot of individuals working together to make things happen in a community. “It takes a lot of volunteers and a lot of people who care deeply about what's going on, and so to be included with this the whole array of people that are here, who have done so much for their communities, for Steinbach, for the region, is really an honor. And I really appreciate the recognition, at the same time we all have more work to do.”

Among the many recipients at the event one name synonymous with community and giving of her time was Cindi Rempel-Patrick of Steinbach, who says, “it's a great honor you know, and to be recognized for contribution to community, you have to have a community who works with you to make those contributions, and to make those things possible. And I feel privileged working with the Steinbach Arts Council and on the many other non-profit organizations in our area, because I got to work with the best people and the best volunteers. So, we're all community. To be recognized as being part of everyone who contributes to this, I'm truly humbled. It's a great honor.”

Here is a complete list of all the recipients of the Queen's Platinum Jubilee medallion, pin, and certificate as provided by MP Ted Falk's office: 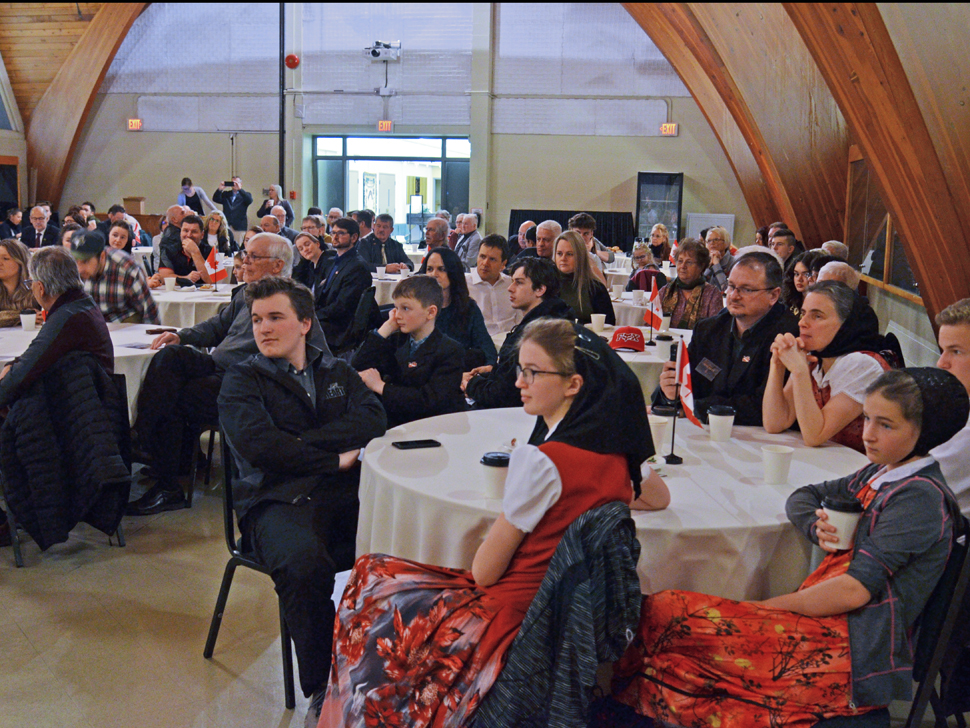 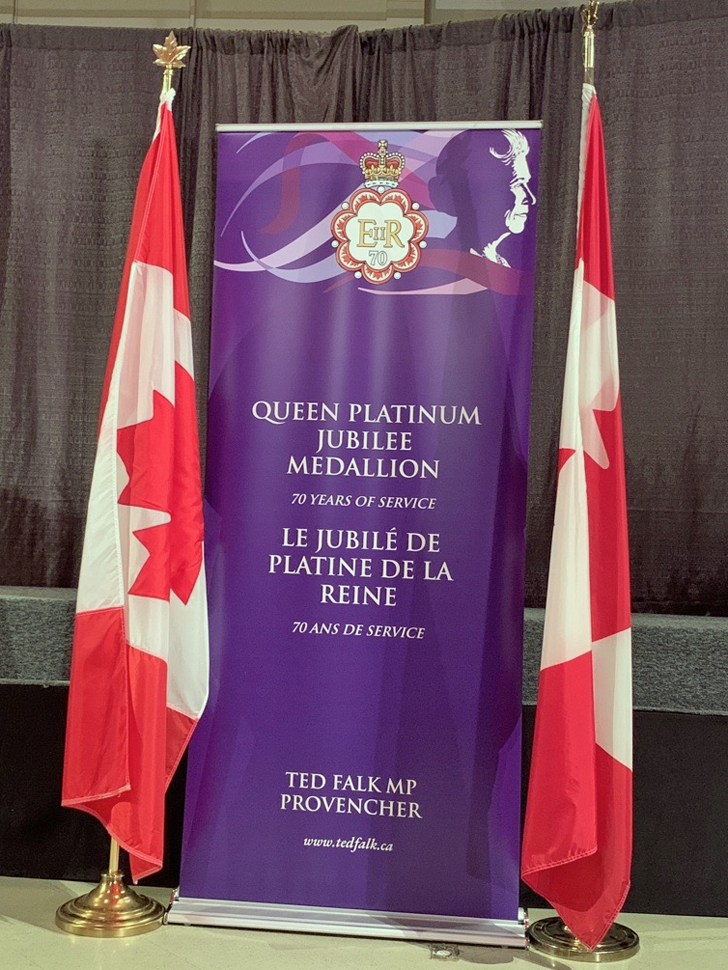 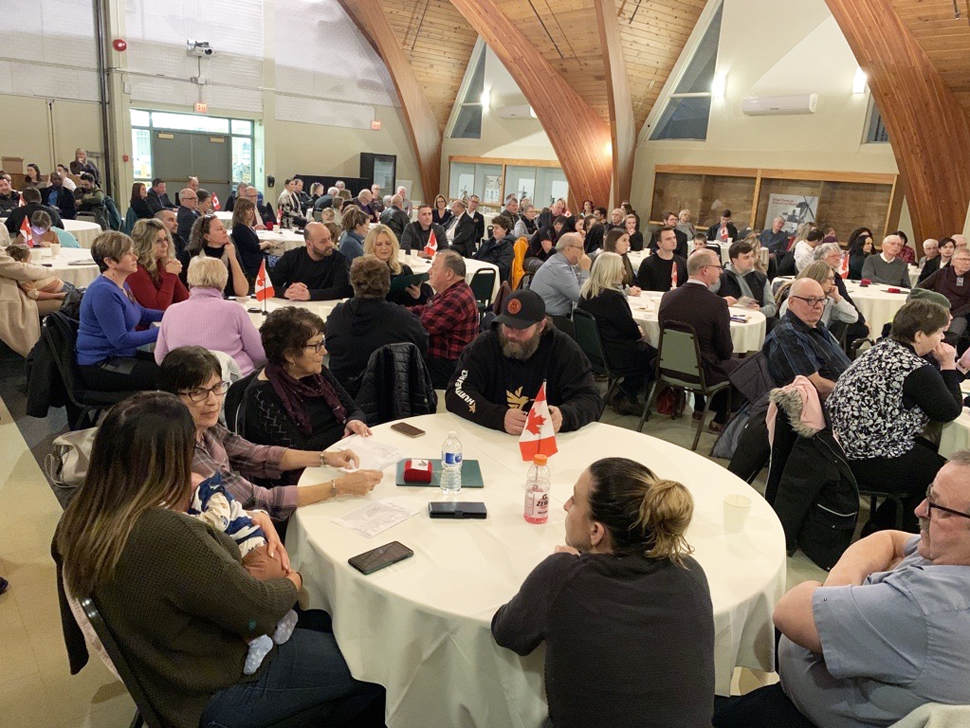 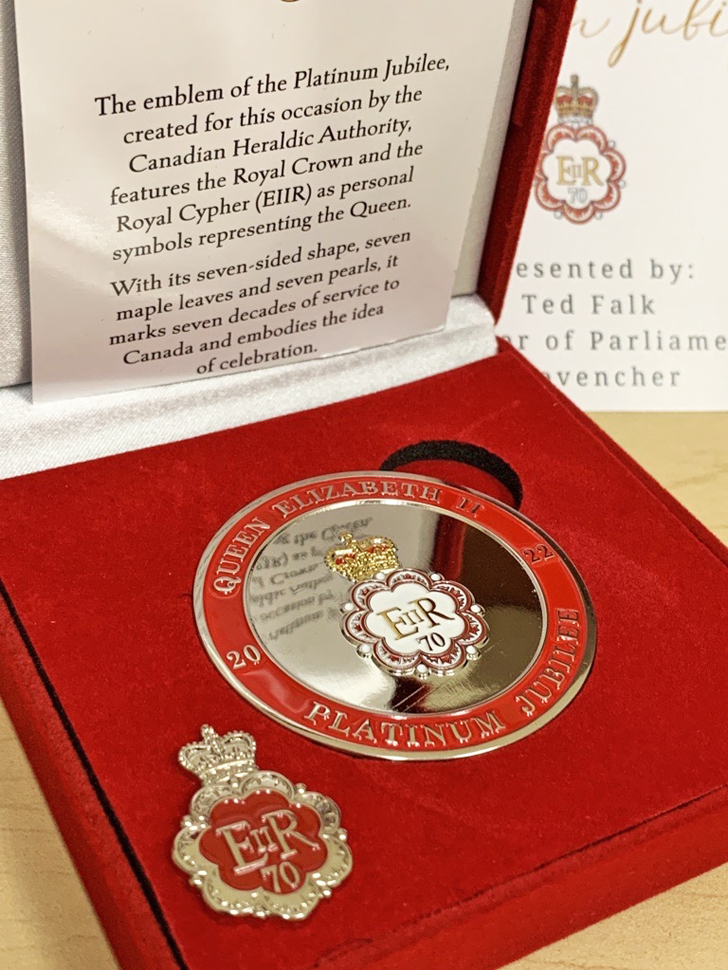 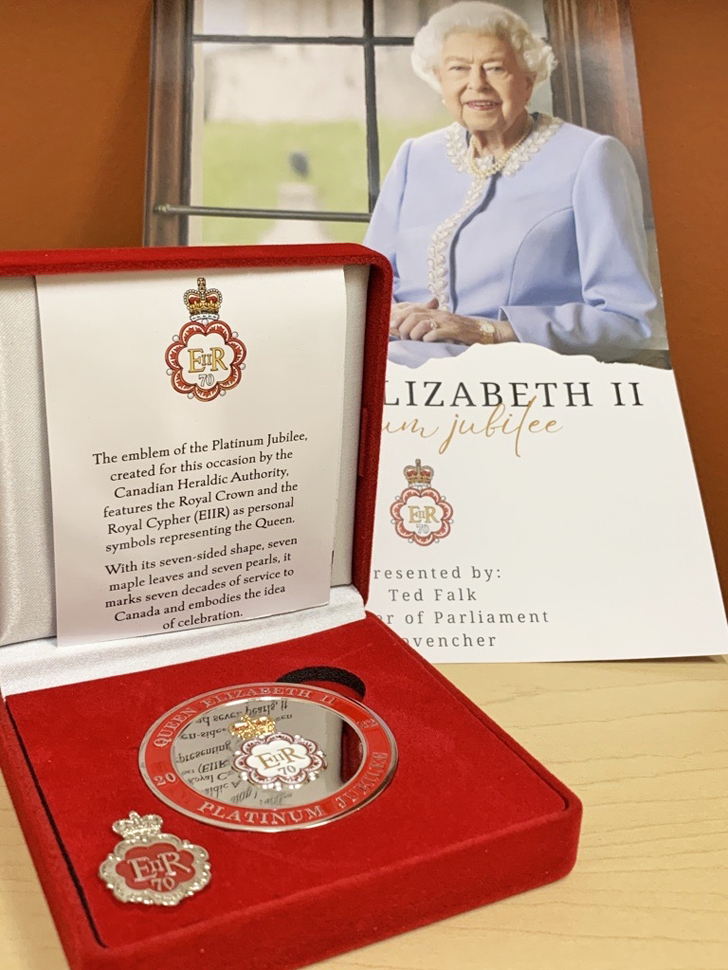 Financial support is appreciated, but not enough to make a big difference