Pistons come out on top of back-and-forth battle with Blizzard,

The Steinbach Pistons and OCN Blizzard went toe-to-toe on Sunday night until the Pistons offense exploded early in the third period and boosted them to a 7-4 win, extending their winning streak to five.

In the first period, Steinbach came out strong and put a couple of quality chances toward the OCN netminder but were turned away.

Matching his counterpart at the other end was Dominik Wasik, who was sporting some new great-looking pads, he went save for save throughout the opening twenty minutes and it remained scoreless heading into the first intermission.

Just 17 seconds into the second period, Steinbach broke through.

With a loose puck near the boards, Josh Nelson swooped in to keep it alive for Steinbach. He turned a fired a hard shot that made it through the Blizzard goaltender but ended up trickling just wide. Davis Fry, who was battling on the side of the goal, had it deflect off his skate to Landon Roberts who knocked home his 6th of the season to make it 1-0 Pistons.

Roberts jumped in celebration of the goal that gave his team the lead and extended his point streak to 4 games and keeping him on a point-per-game pace, 10 points in 10 games.

Later in the period, Spencer Penner broked up a Blizzard attack and started one of his own as he sprung Nick Mikan and Leo Chambers on a rush up the ice. Penner joined in and after a great burst of speed by Chambers caught the Blizzard defenders on their heels, he fired a pass over to an open Penner who had a wide-open net to tap home his 2nd of the season putting Steinbach up 2-0.

OCN would respond and cut the lead in half scoring quickly off an offensive zone faceoff to make it 2-1.

Right after scoring that goal, the Blizzard earned a power play chance and they didn't squander it, scoring to knot the game 2-2.

The Blizzard couldn't celebrate for long as Ian Amsbaugh used his magic in the offensive zone to draw the attention of the defenders and eventually find an open Mikan who hammered his 9th of the season into the net. Langley Kruggel also picked up an assist on the 3-2 goal, scored less than a minute after the Blizzard tied the game.

For Mikan, he has goals in 4 straight games.

Once again, the Blizzard refused to go quietly and used another power play to tie the game yet again, 3-3.

Steinbach would take another penalty as the goal was being scored so OCN had a glorious chance to grab their first lead of the game but the Pistons PK units gutted out a massive kill, keeping it deadlocked.

At the end of the second, Steinbach was called for too many men on the ice and finished the second shorthanded with over a minute to still kill in the third.

The final frame of regulation started off with a successful penalty kill and that seemed to spark Steinbach.

As the pace picked up, Steinbach used their speed and puck pursuit to force the Blizzard into a pair of penalty calls, giving the Pistons a 5-on-3 advantage for over a minute.

They wouldn't need that long to get the lead as while Amsbaugh caused a distraction on the side of the net, Warren Clark teed up Travis Hensrud for a one-timer and the Thunder Bay product scored his team-leading 17th goal of the year. Ty Paisley also picked up an assist on the 4-3 marker.

While on the same power play, Davis Fry took advantage of a Blizzard defender's miscue, taking a pass from Davin Griffin, walking in, and burying his 12th of the season putting Steinbach up 5-3 in the span of just over a minute.

Less than a minute after Fry scored, it was Amsbaugh's turn to show off his deadly shot as the 20-year-old from Bottineau, North Dakota wired his 5th of the year top shelf, making it a 6-3 game. Chambers notched his second point of the night with the lone assist.

OCN would get a little closer though, scoring shortly after to make it 6-4 but that's as close as they would get, thanks to another stellar penalty kill and some massive saves by Wasik.

Once it got back to 5 on 5, Dawson Milliken scored off a Fry rebound putting Steinbach up 7-4 with under two and a half minutes to play.

Milliken's goal, the 7th of the night, meant that fans in attendance received free pancakes from Smittys in Steinbach, and the Pistons captain celebrated by motioning to the crowd to enjoy those free pancakes.

Time ticked away and the Pistons saluted the crowd after a gutsy 7-4 win, their fifth in a row and 7th out of 9 games played in November.

The power play struggled early but caught fire when the team needed it to, scoring twice on six chances while the penalty kill took some early hits but battled back to finish 4 of 6.

Wasik came up with some big stops, especially late while his team was shorthanded, finishing the night with 30 saves.

He improved his record to 10-2 with the MJHL's second-best Goals Against Average, 1.92, and Save Percentage at .935, while being tied with teammate Cole Plowman for the league lead in shutouts with two.

Steinbach's next game will be in Virden on Friday night. The game can be streamed for free on DABroadcasting.Mixlr.com starting with the pre-game show at 7:20 pm and the drop of the puck to follow at 7:30 pm. 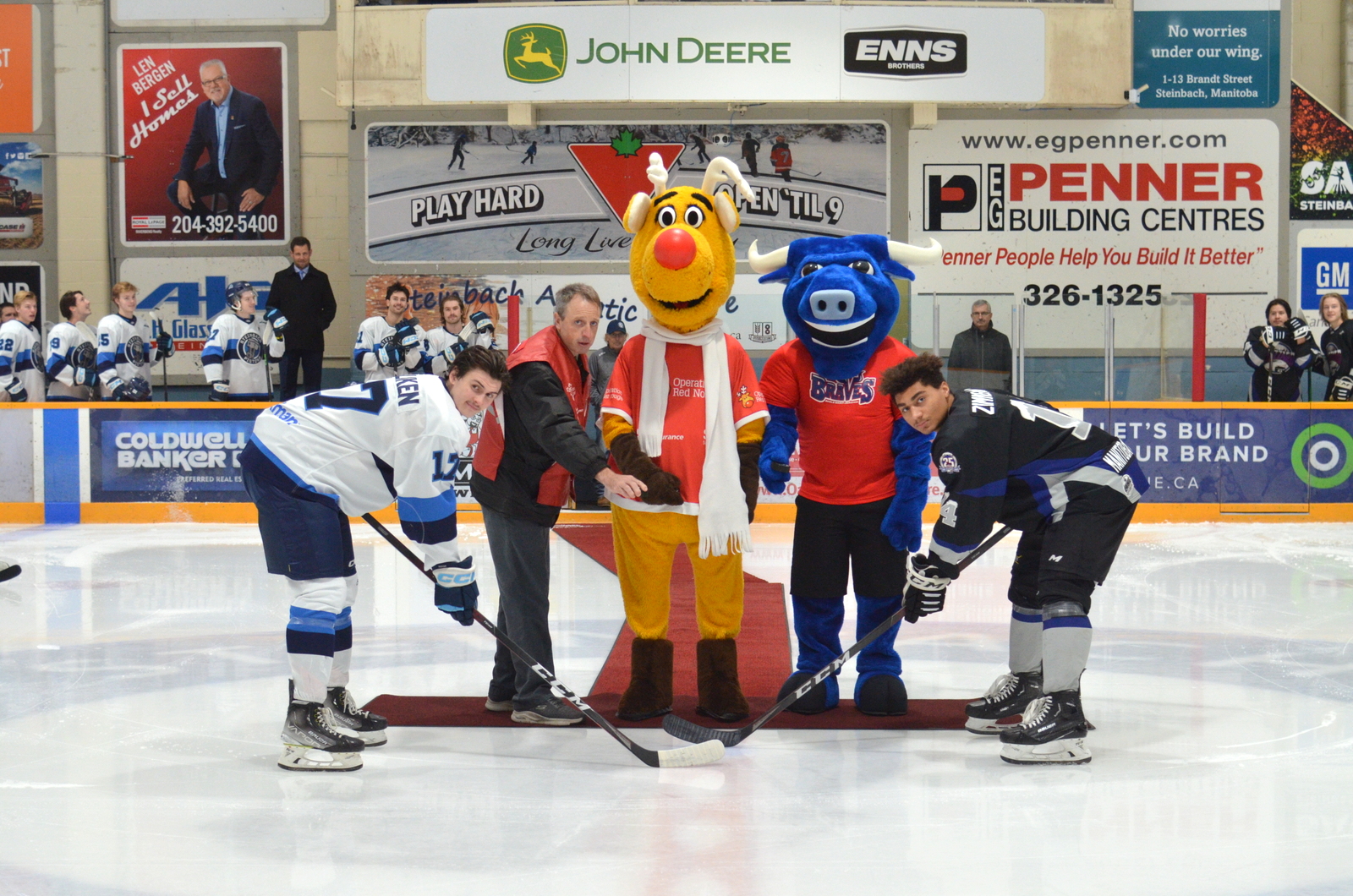 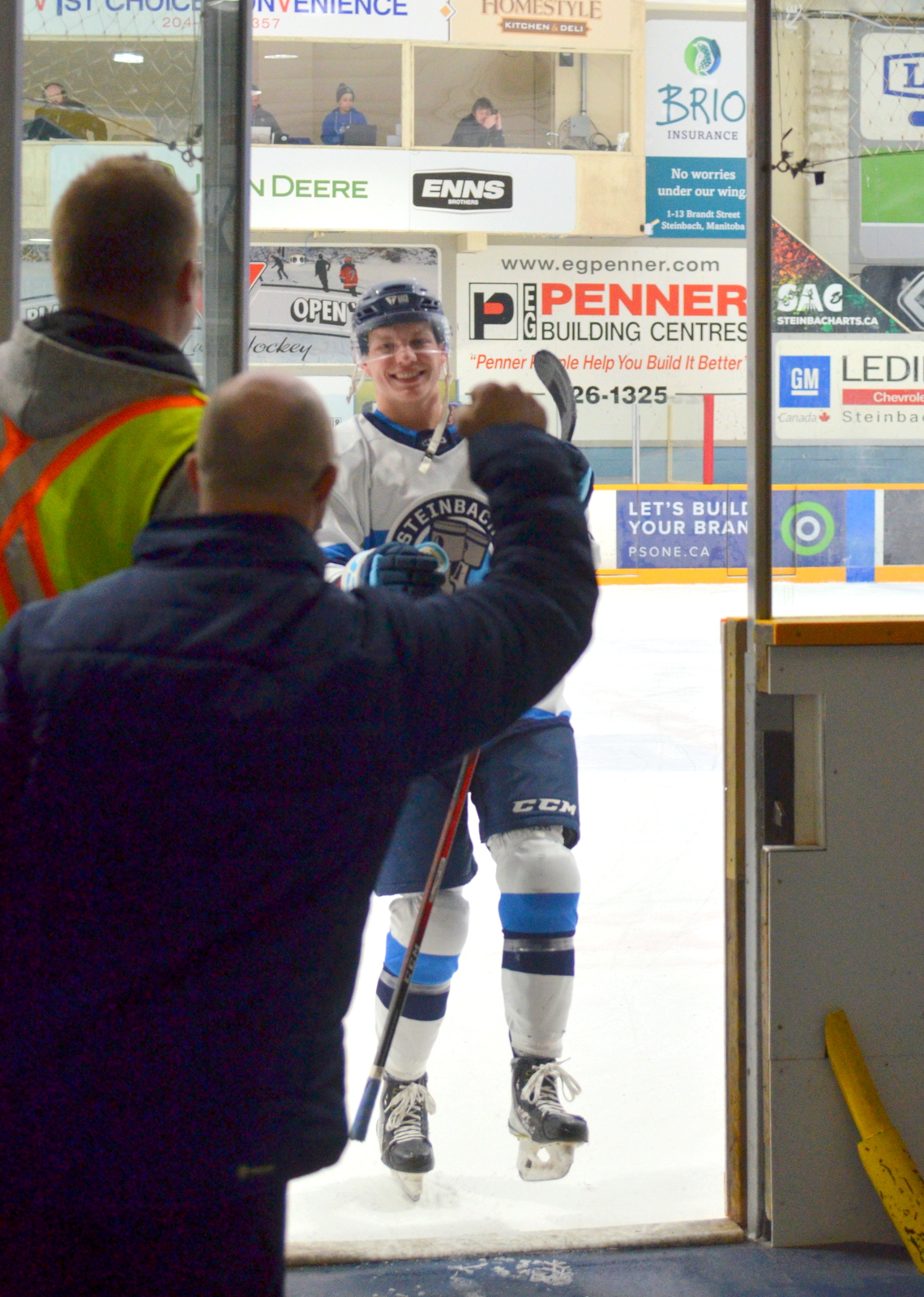 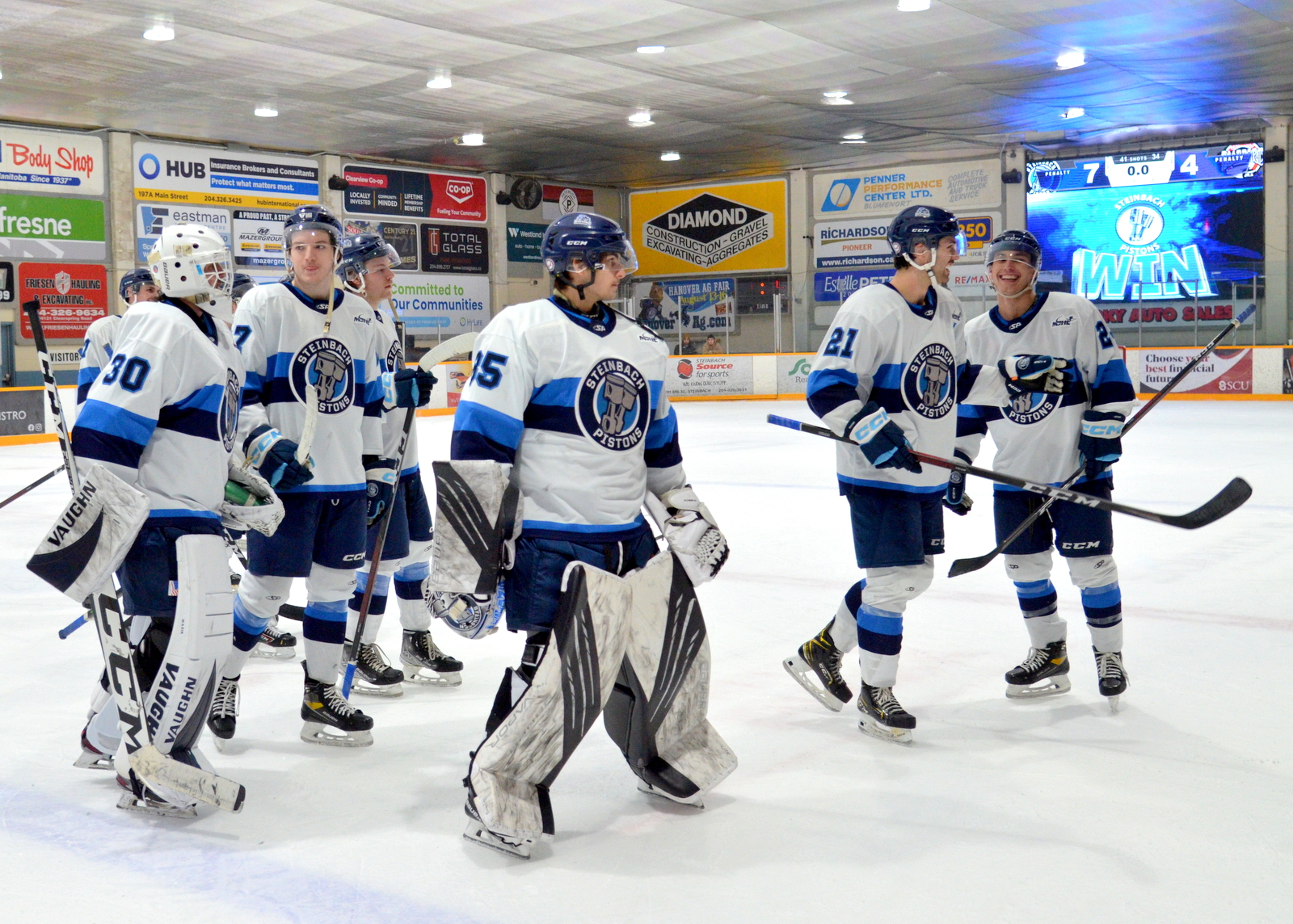 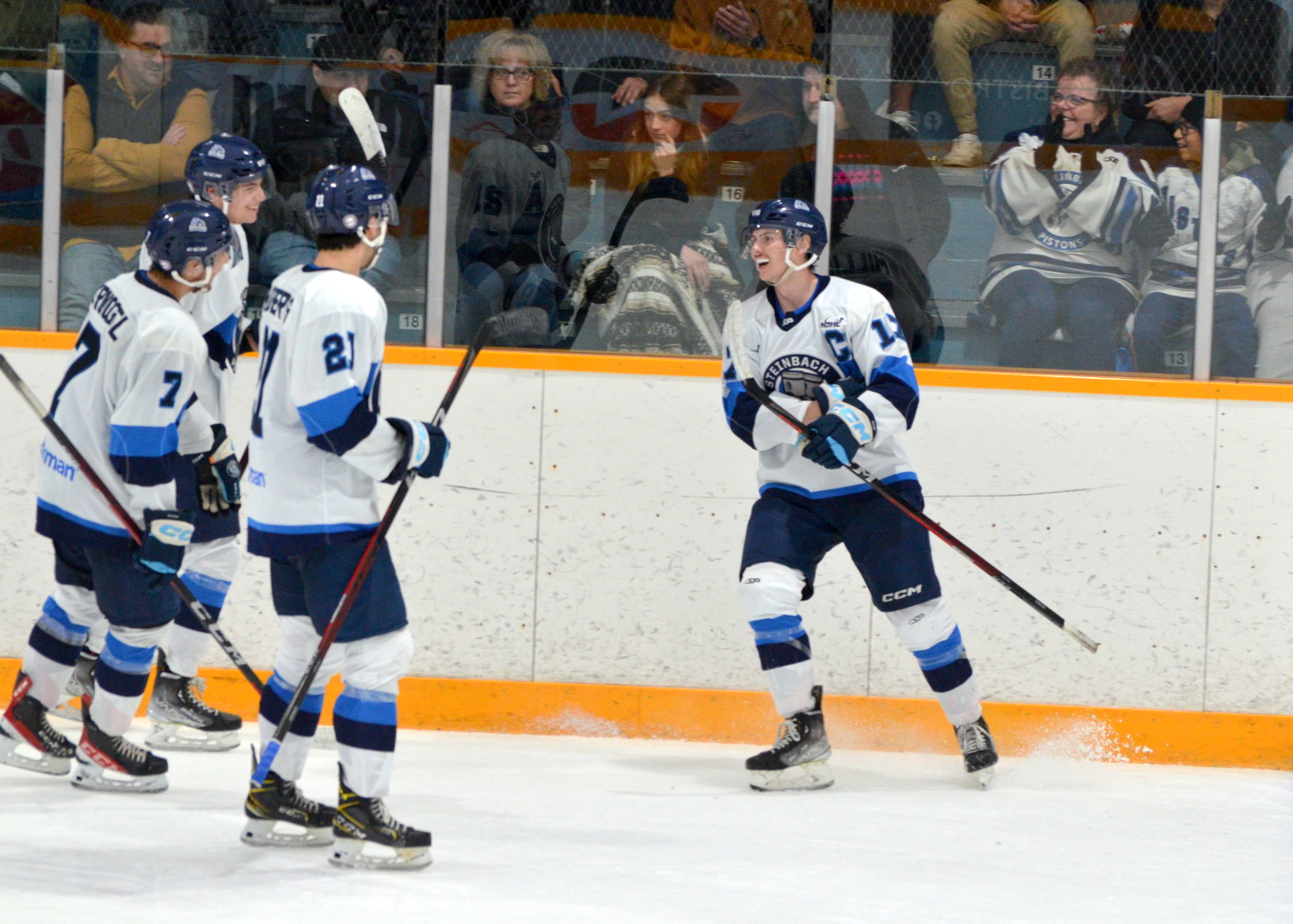 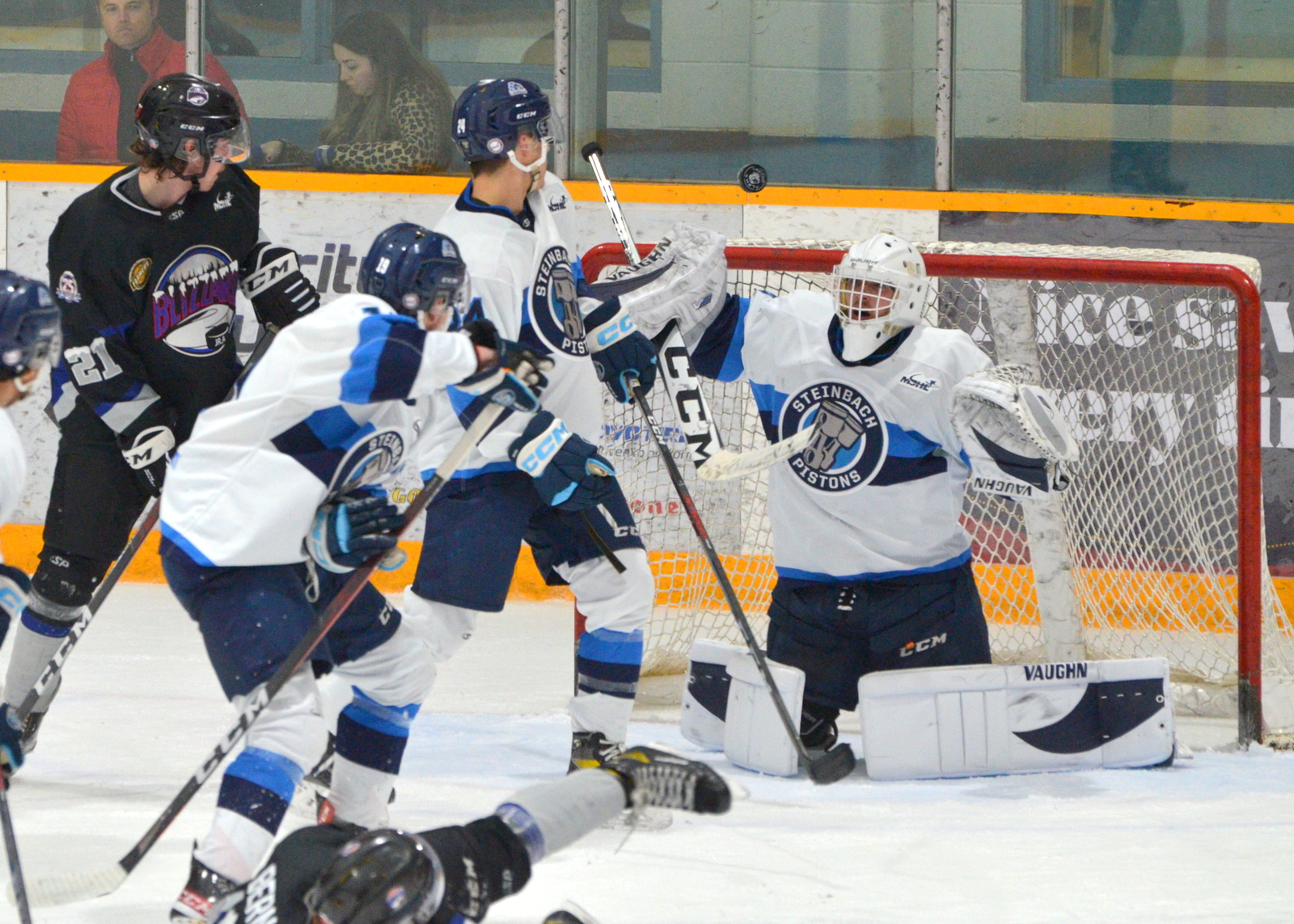 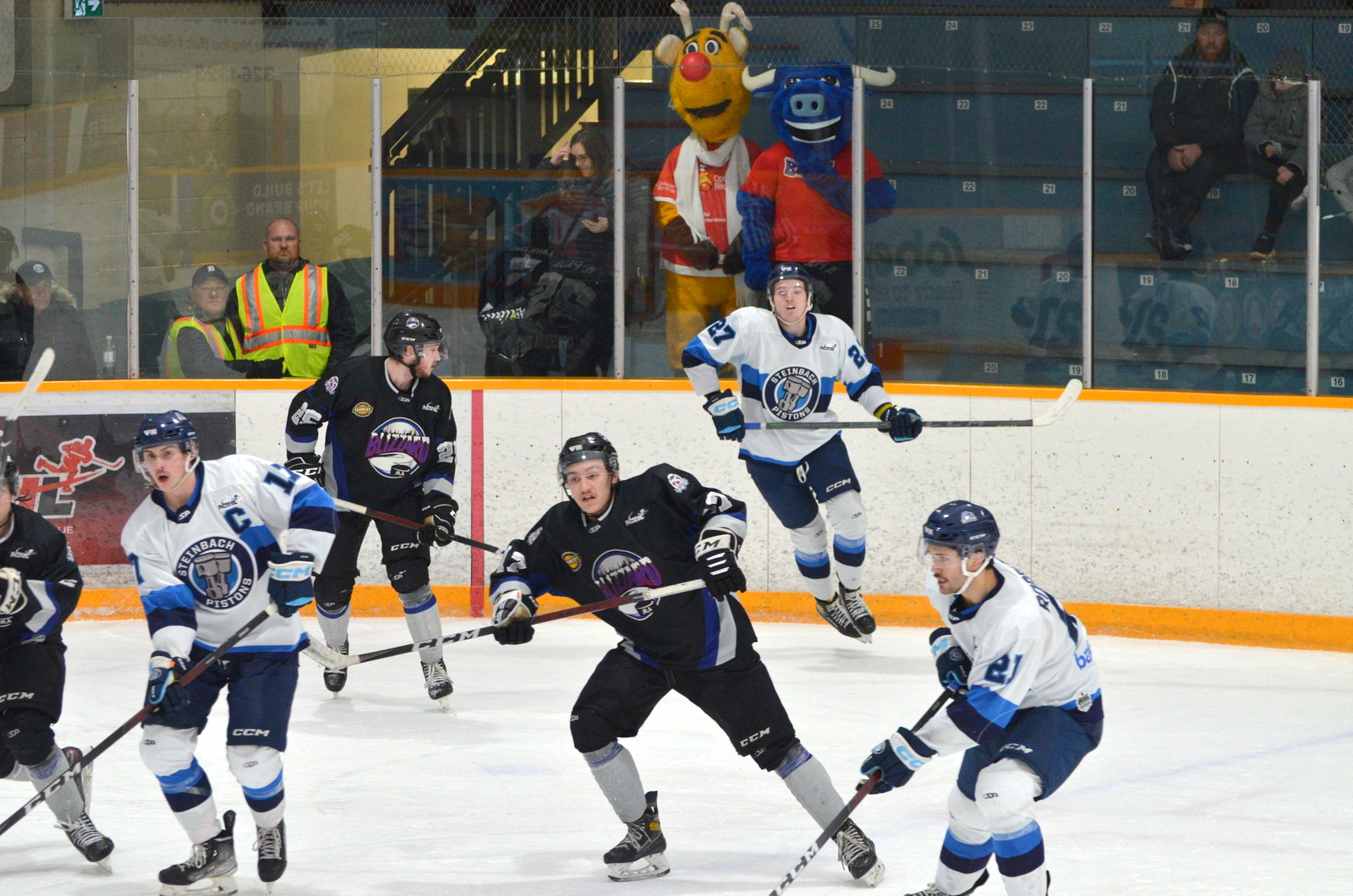 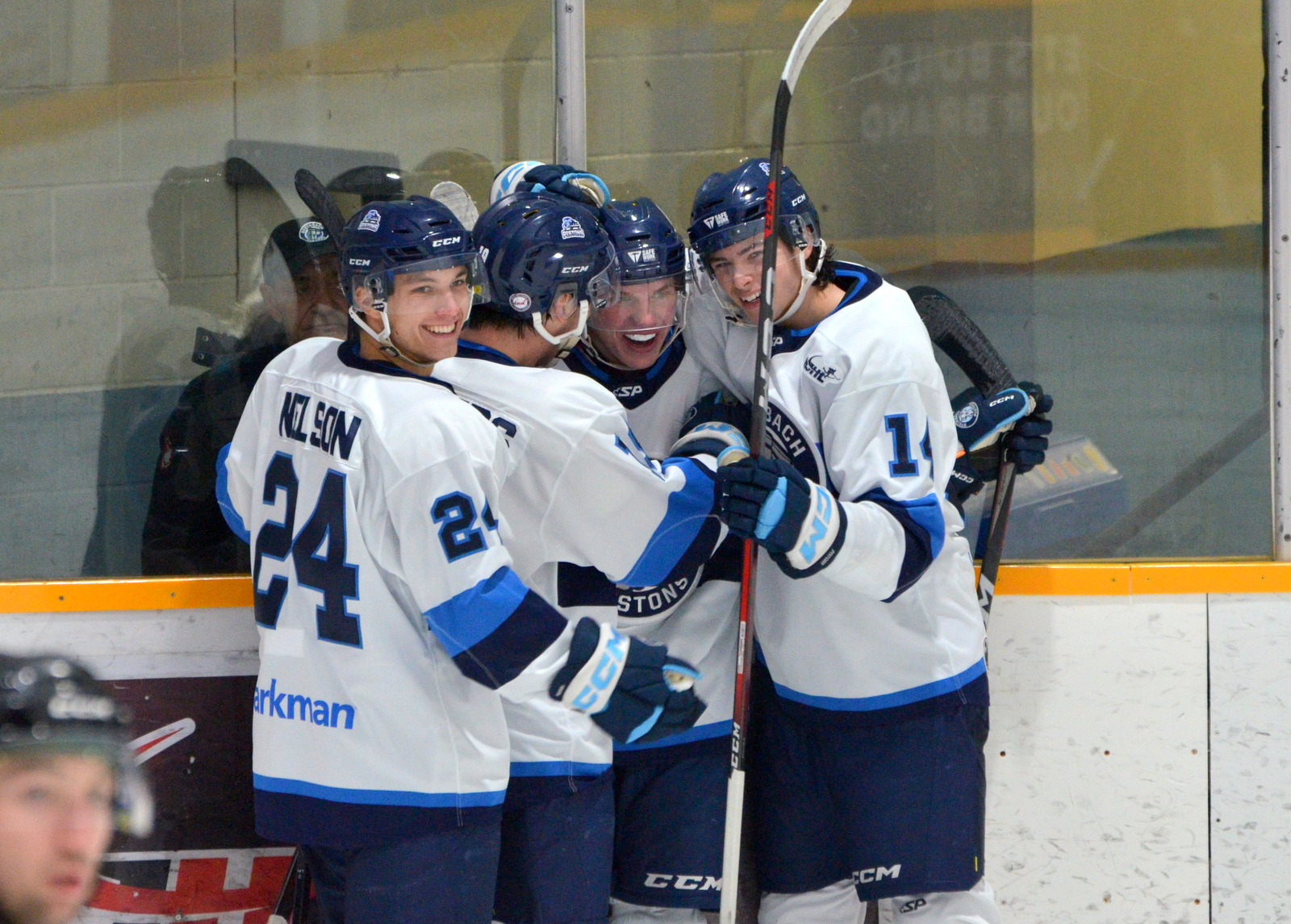 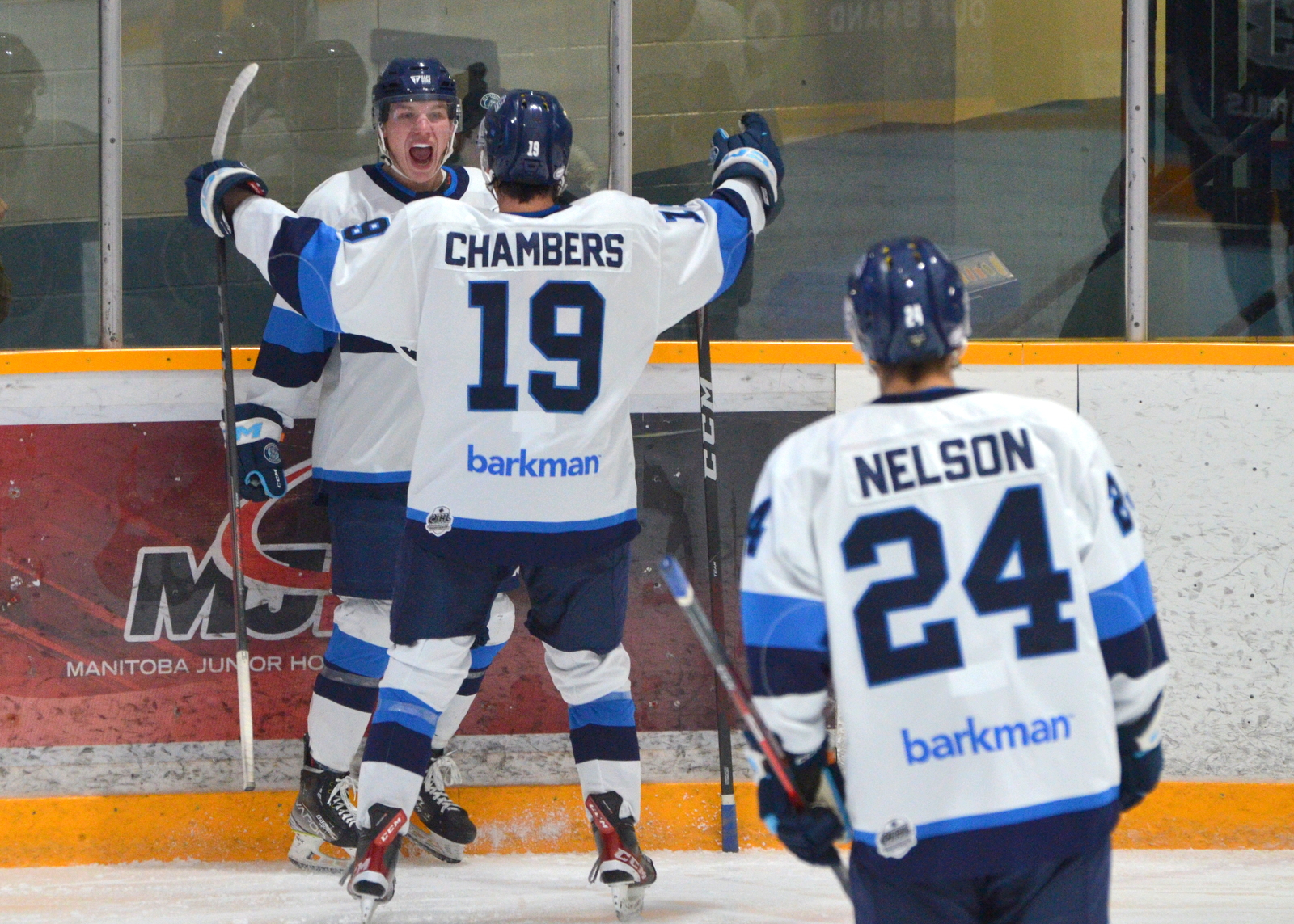 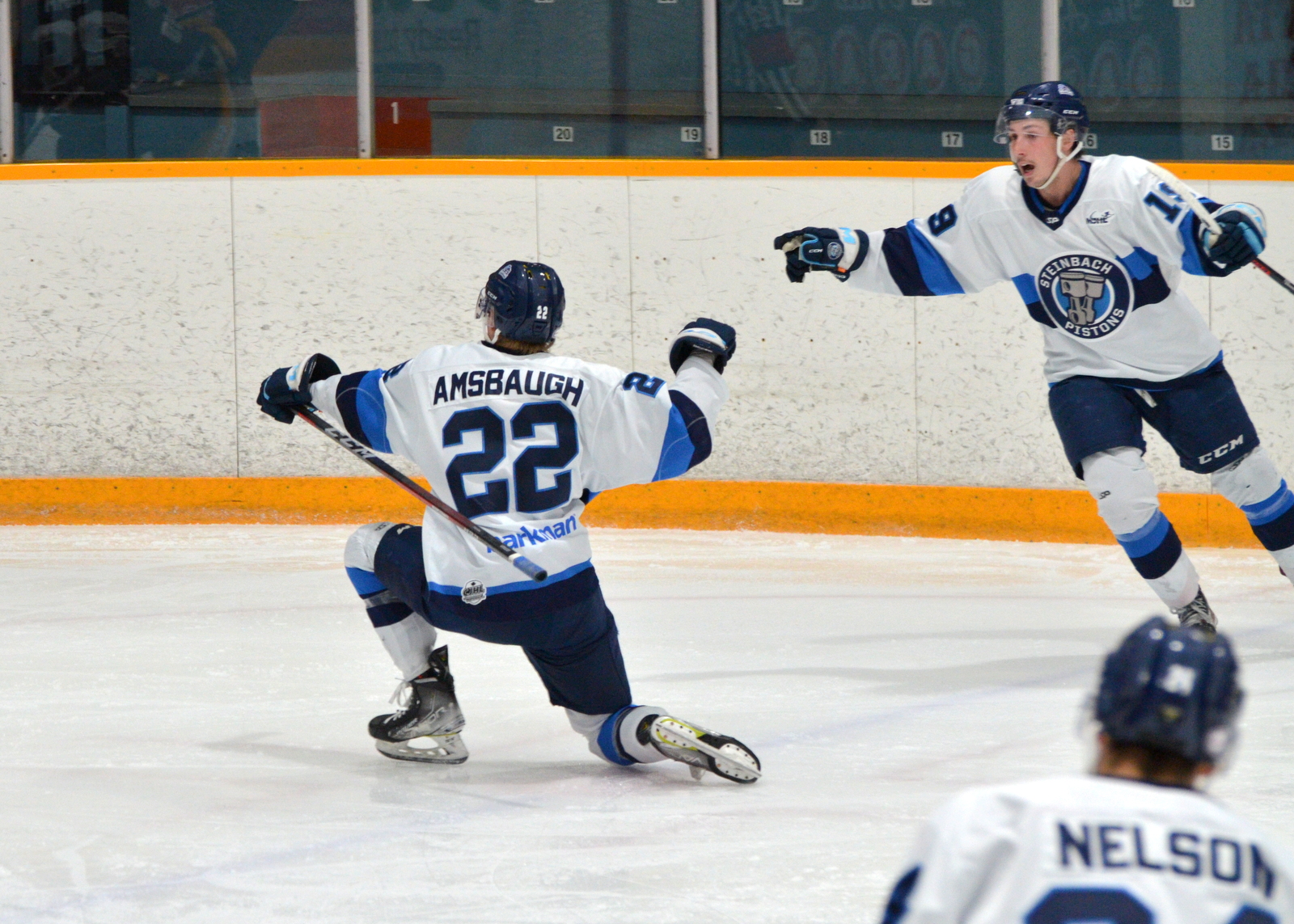 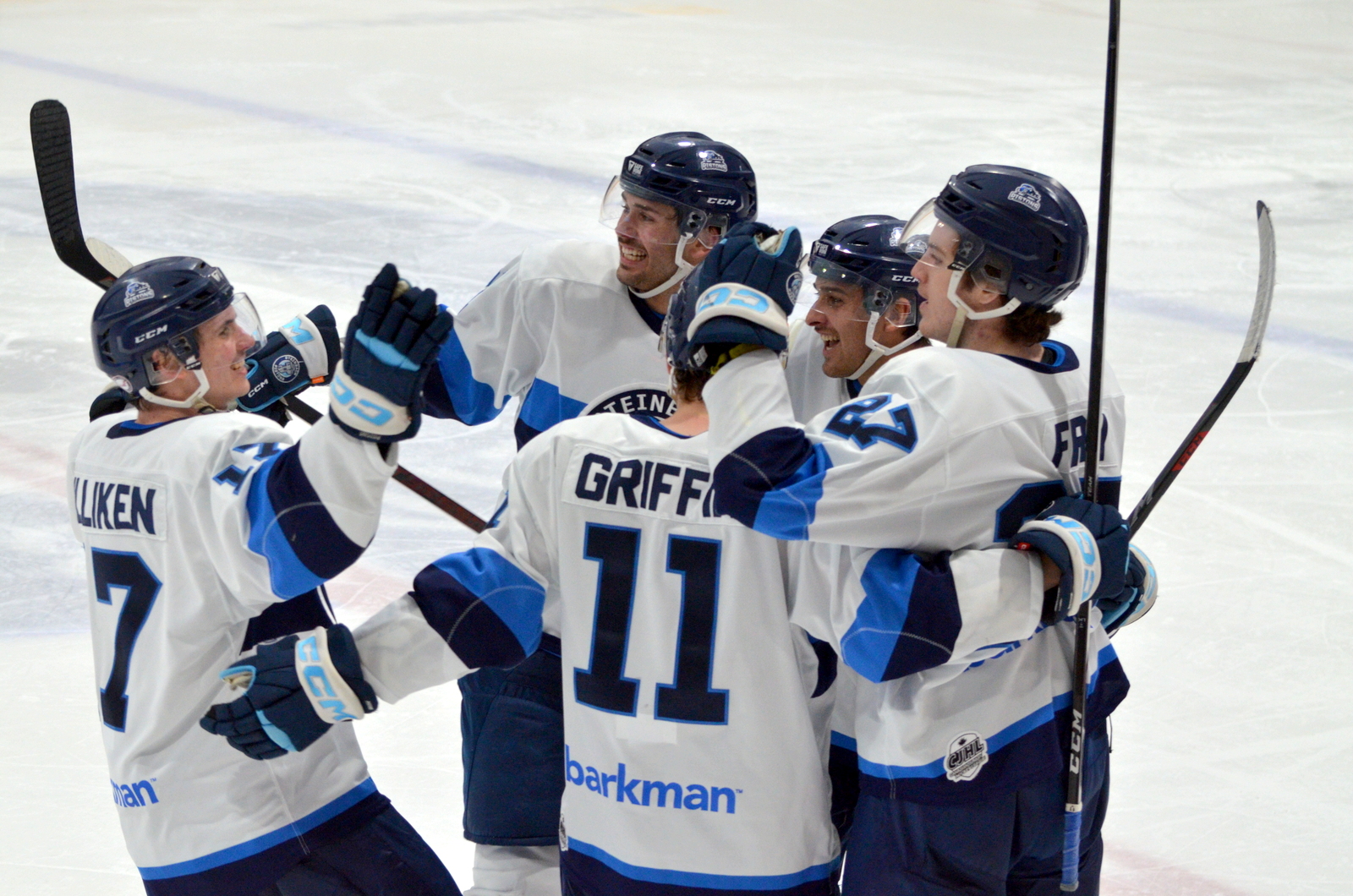 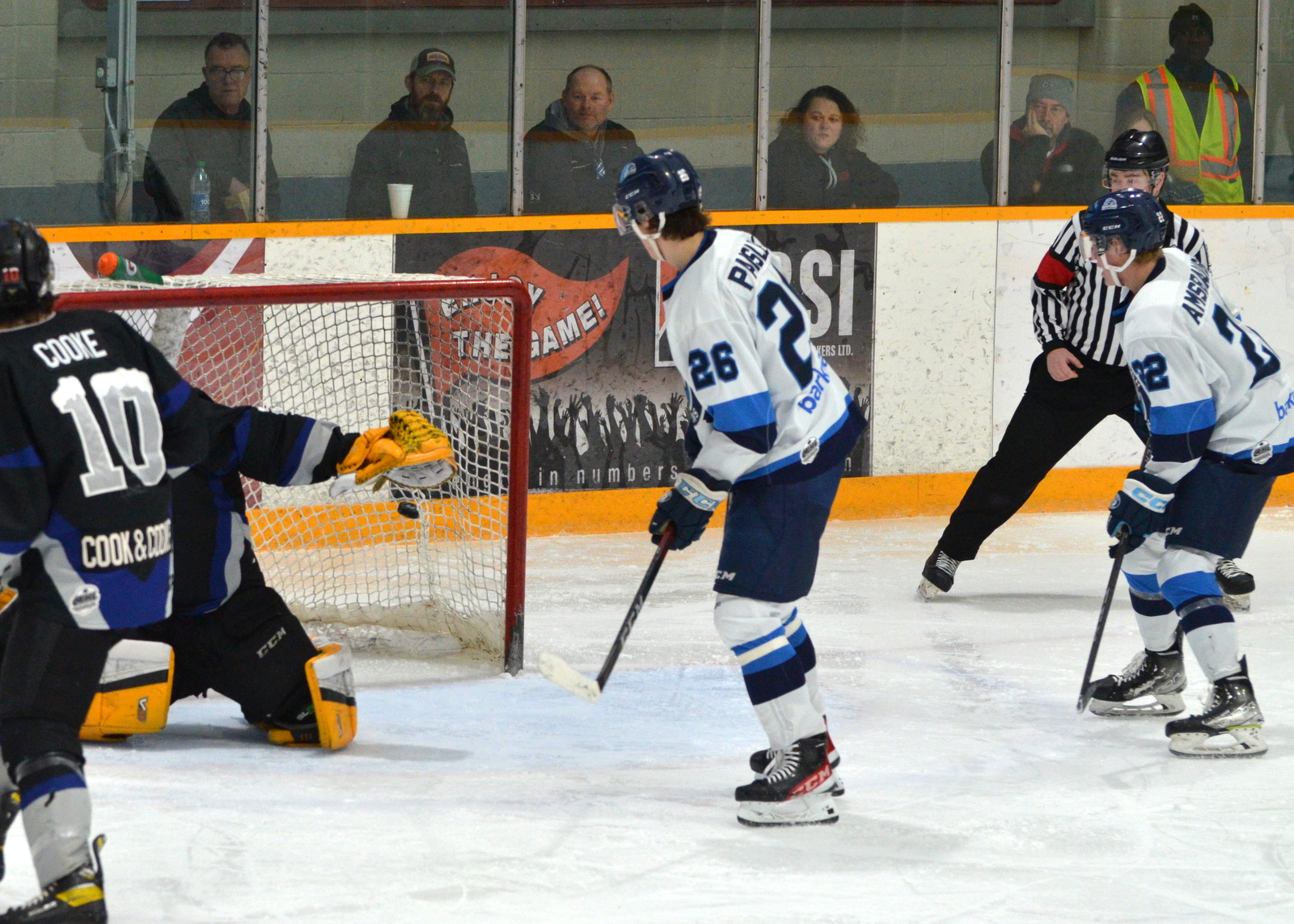 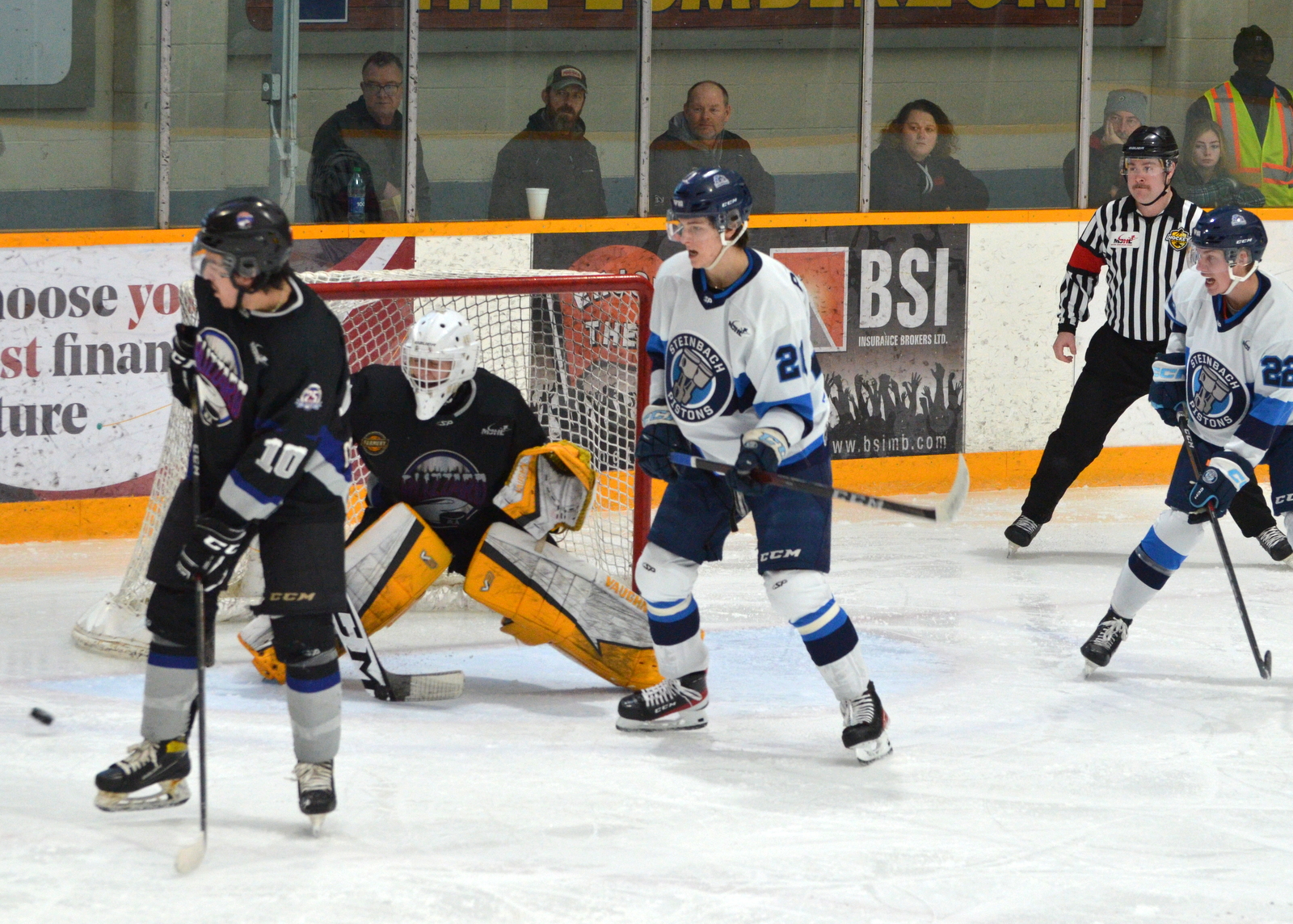 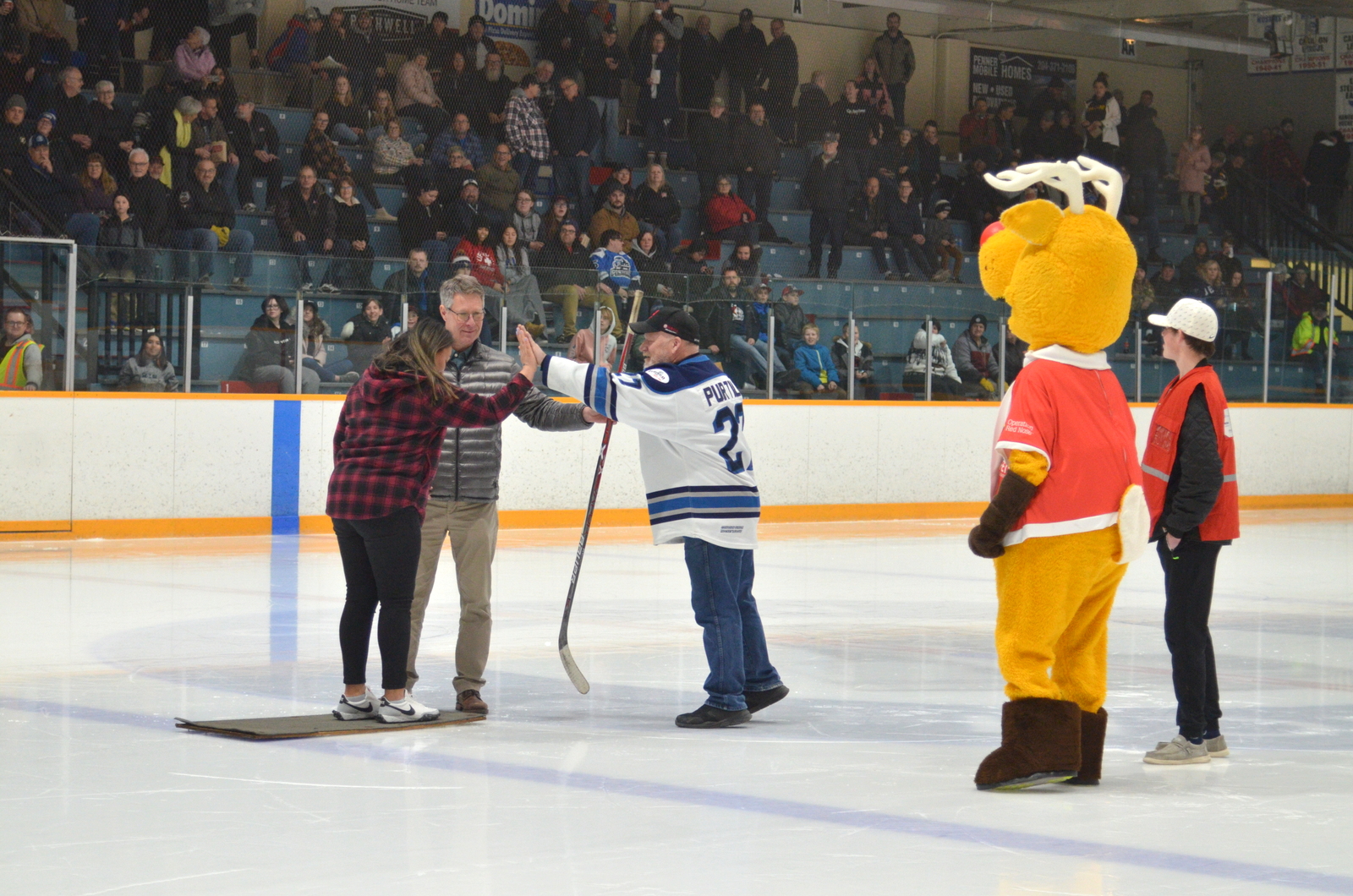 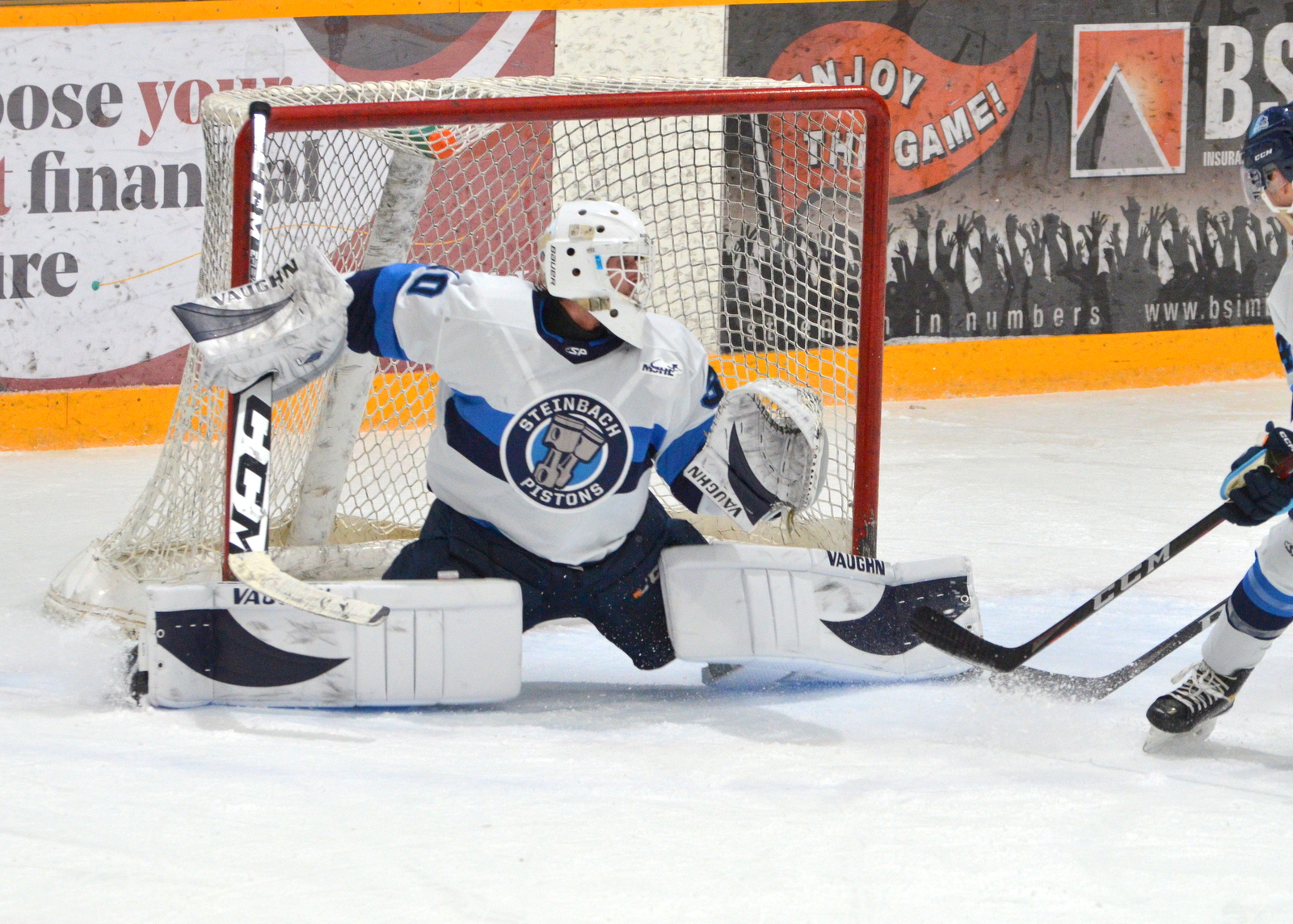 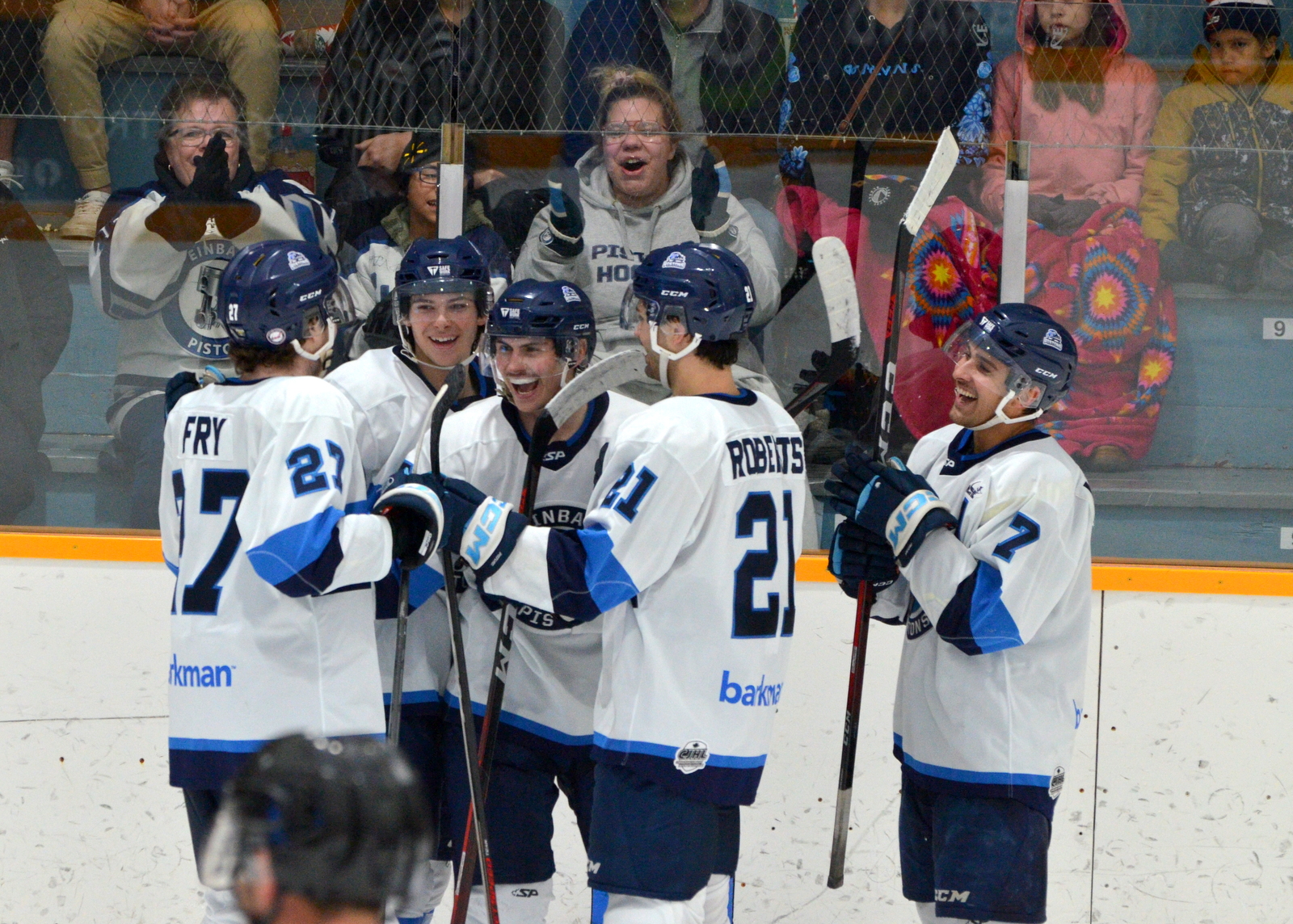 Big decisions need to be made for the future of recreation opportunities in Ste. Anne