The Martens family of Mitchell has been enjoying their summer vacation in Kelowna this past week. While it is a beautiful part of Canada, it’s not just for the scenery that Everly and Verna chose to take their boys to B.C. Rather, it’s because their youngest, Eric, is playing in the 2022 Football Canada Cup for Team Manitoba and proud mom Verna says, the atmosphere on the field and in the stands is very exciting.

“It's really neat to see all the different provinces get together here and be able to play against each other and to see all the kids grow in the sport they love. Today was a really great day. The kids are really pumped up today, so that was really good to see.”

Martens is referring to the big win Thursday afternoon as Team Manitoba beat Team Nova Scotia 28 – 10 to make it to the Sunday 5th place game against Team British Columbia. It was in the 2nd quarter of the game that the 17-year-old had a 90-yard catch and ran for a touchdown that got the team on a roll for a win.

She says their youngest first showed a love for football when he was 7 years old as his dad loves football and his older brother played football, in fact, “the entire Martens family is very much into football and so yeah, he started playing way back then and it’s been really cool to see where he's come to now.”

Martens shares how Eric was chosen to be on Team Manitoba. “They had tryouts starting in January. He was part of the receiver group. They evaluated all the kids and after a couple of months of tryouts, they let you know who's made the team and then you go from there.”

The young Martens has been able to share the 2022 Canada Cup football field with players he’s grown up with from southeastern Manitoba. “Austin Neufeld is one of his buddies. He has played with since they were seven, so it's really cool to see the two of them be able to make the team and come out here together and play this sport that they love, right? There's also another boy that played for the Eastman Raiders several years ago who now plays for a Winnipeg team, but it’s is really cool to see them all play together.”

When trying to express how she feels about her son, Martens says, “Proud beyond words. I can't even imagine or think about the touchdown that he got today. It was really exciting. Definitely almost brought me to tears.”

She continues, “He was pretty pumped and yeah, it's been really a little bit emotional. It's been hard to see the lows and it's exciting to see the highs, but it's really good to see him grow and become a better football player and a good leader on the team and just the way the coaches and the other players that are there, watch all of them put it (Team Manitoba) together and in such a short amount of time. Because they don't actually have a lot of practices together, so it's really, really awesome to see the growth in him, and yeah, it's fun watching.”

Martens says, as a mom her favourite part of watching him playing in the 2022 Football Canada Cup is the fact that 5 years ago, they weren’t even sure that he would be able to continue playing the sport.

“Eric had West Nile about five years ago, maybe six years ago already anyway, he had a hard time recovering from it. He was very weak, and he couldn't use his muscles and his nerves were not working great. So, to see him run on the field like he did today, just that, that really makes me cry.”

Martens says that her son's goal is to get to the NFL, “For now, he'd love to play for the Bisons so he could play with his brother and they’d be able to play on the same team. That would be probably one of his goals, but for now, he will definitely be playing for the Sabres again next year and we’ll see where it goes from there. He loves the game, so I can imagine he'll probably play it for a long time yet, whether it's recreationally or going onto schools or something like that.”

With Eric starting his final year of high school in fall, Martens says, “yeah, it’s his last year of football for the Sabres, it's going be a bittersweet end, no doubt.” 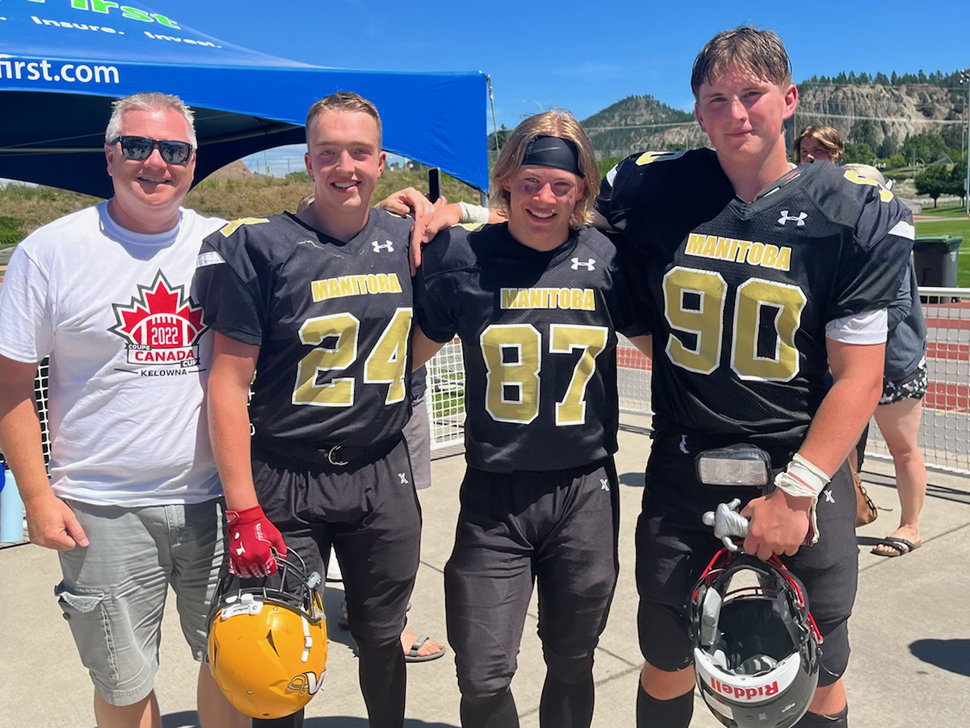 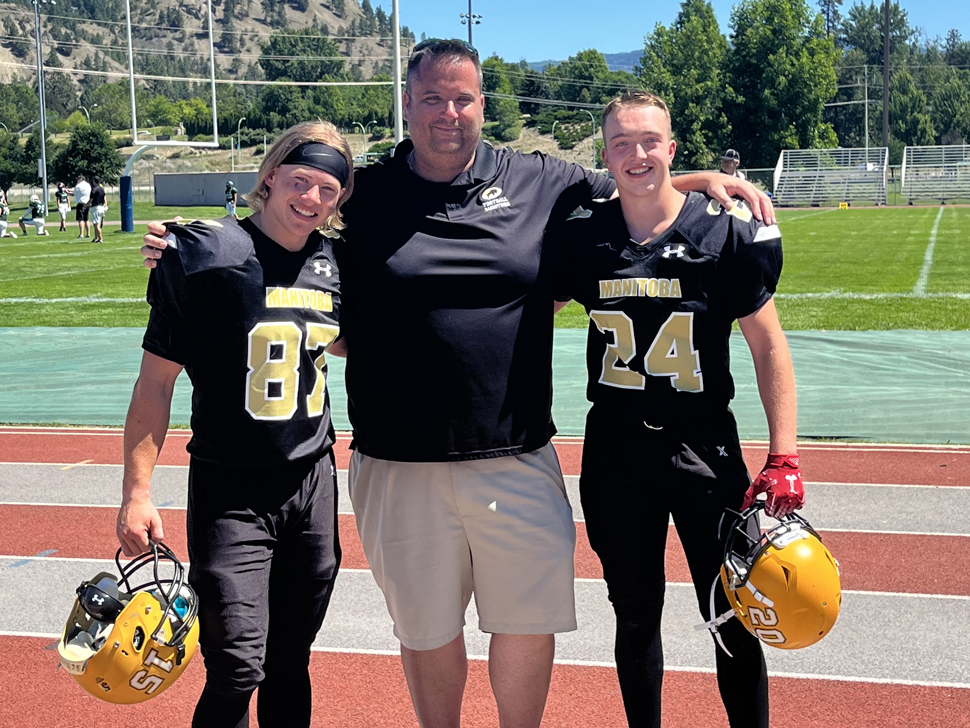