One doesn’t need a DeLorean to go back in time, just show up at your 60th Class Reunion.

That’s what about two dozen students and teachers from the class of 1962 did last weekend, including Jake Epp.

Epp, a familiar name in our community for many years. He was our MP, as well Steinbach has a library named after him.

Epp began his teaching career back in 1961, to a class of Grade 9’s at the Steinbach Collegiate. “It was the first year of the new high school (on Lumber Ave). The school was not ready in September, so they put us up in what they called portable teaching huts. I taught grade 9 history in one of those. I was supposed to start the Phys Ed program, but we had no gym till January of the next year. And that's when I started, I think one of the legacies, if you don't mind my saying it.”

Epp brought volleyball to Steinbach. “I had played some volleyball in university. Never did prior to that. So, yeah, I got volleyball started, and I think Steinbach has remained a hotbed of that sport ever since.”

He says there were no gymnasiums in those days, so he got creative. “Well, we went outside, kicked the ball around, played baseball till the winter came. Then we played soccer in the snow and did calisthenics. And of course, many people in those days thought that gym should be calisthenics and I said “No”. You have to give these kids life skills in sports, that they can carry on and well, I guess the rest is history.”

Epp remembers being a very young school teacher, “I taught grade nine. I didn't teach the senior grades the first year. My biggest students, many of them were three years younger than I was, but it was a great start. Steinbach, of course, has been home all my life, till I moved to Calgary. But among the first 18 families that started Steinbach, my grandfather was one of them. So, my roots go pretty deep.”

Epp says he’ll be attending two reunions in a manner of days. The second one is his graduating class from the Steinbach Collegiate. He says they get together every year on the 3rd Friday of September. “It’ll be our 65. It’s the graduating class of 1957.”

Another attendee at the 60 year class reunion was Ron Kornelson, well known across the southeast as an Auctioneer.

Kornelson says he noticed that there were attendees from right across Canada, including 3 teachers from when he went to school. “Mr. Tony Rempel and Mr. Henry Toews and Mr. Jake Epp.”

Kornelson notes that the event was a great time to reminisce with his former teacher, Jake Epp, and hearing how Epp remembers school life and then what life was like from a students perspective, particularly regarding things like “how long are the shorts and the fact that there was no holding of hands going down the sidewalk. In fact, we have a stick here that was used. Instead of holding hands, the guy and the gal would walk along and hold the stick.”

According to Kornelson, those were the rules of the administration at the time.

He says, there were 53 students in the graduating class of 1962. “Unfortunately 18 have passed away, but if you are not in a condition to come and be with us here today, many have sent greetings. But everybody that's here is having a great time.”

Kornelson says the school he attended at the time was the building that is currently the Steinbach Cultural Arts Centre. “Singing Oh Canada was different. We were reading the Bible, the King James version. We had creaky floors, we had no air conditioning. We had a library that was serving as a typing room. It was packed right to the hilt and there were two floors of students. They had an auditorium downstairs that was used, we didn't have any gym.”

Kornelson notes that many of his former classmates became business people and teachers and politicians. “I think of the 53, ten of them were teachers. We have two doctors, both couldn't make it. We had one lawyer in the group.”

He expresses his appreciation to the city of Steinbach for letting the group of former students and teachers use their facilities for this 60th Reunion celebration.  They were  also able to tour the Steinbach Cultural Arts Centre – formerly the Kornelson School and the Stony Brook Middle School – formerly the Steinbach Collegiate. 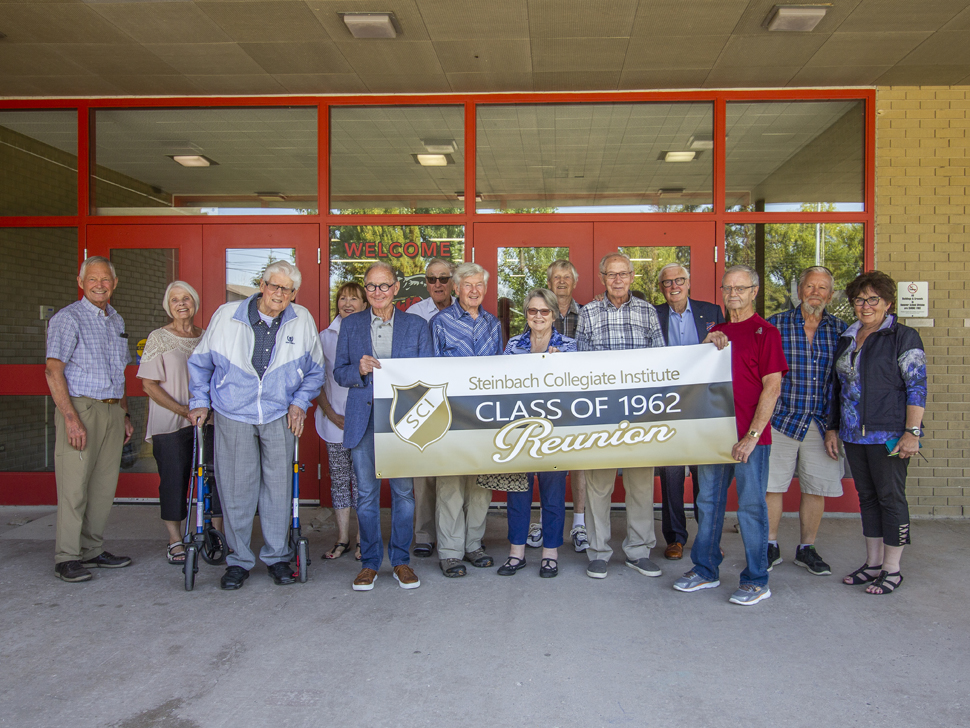 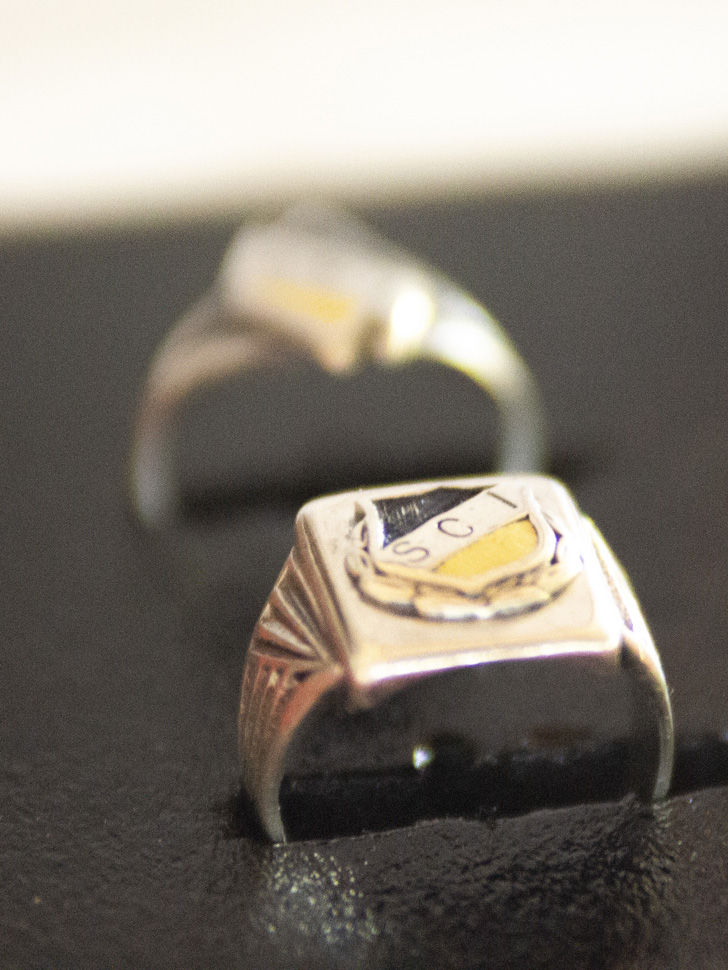 Indian City talks Truth and Reconciliation Day, and album re-release for Made in Manitoba debut

Local opportunities to learn and reflect, National Day for Truth and Reconciliation

Preparing trees and plants for Winter, when to harvest tomatoes, peppers, grapes and more on the first Lawn and Garden Journal of Fall!