Cole Plowman made 40 saves helping Steinbach double up the Winkler Flyers for a second game in a row, 4-2 on Tuesday night.

Prior to the puck drop, 20-year-old forward Ian Amsbaugh was named the Pistons Player of the Month for December. He put up 10 points in 7 games.

Early in the opening period, the Pistons had a jump in their step. They were skating well, moving the puck quickly, and breaking out of the zone effectively.

Less than four minutes in, Warren Clark snapped a pass to Davis Fry who fired a cross-ice bank pass to a streaking Neo Kiemeney who dashed around the Flyers defender and showcased his excellent hands slipping the puck home for his 6th of the season, giving the home side a 1-0 lead.

Physical play ramped up after the goal as right off the ensuing face-off, Josh Nelson stepped up for a big, clean hit that sent a Flyers player to the ice and got a roar out of the crowd at the TG Smith.

Captain Dawson Milliken also got into the hitting game as the 20-year-old laid a few tough, hard checks throughout the frame.

Later in the period, Nick Mikan forced a turnover just outside the Flyer's blueline. The St. Thomas commit dumped the puck into the zone and raced after it, forcing the Flyers to try and go up the boards. Ian Amsbaugh arrived as support, helped free up the puck, and hit Leo Chambers with a hard pass as the 19-year-old found some quiet space in the slot. The puck was on and off Chambers' stick in a millisecond, as he hammered home his 11th of the campaign to extend the lead to 2-0.

As the period wore on, the Flyers started to take over and Plowman was called upon to make some very tough saves. The Flyers tried everything from point shots through traffic to jam plays after fighting below the goal line but Plowman was dialed in and stopped everything.

With just four seconds left, Winkler finally was able to get on the board as a defender walked into the zone after coming off the bench, took a pass, and wired a shot that appeared to hit a body in front and make its way past the goaltender, cutting the lead to 2-1 heading into intermission.

In the second, Steinbach regained their two-goal lead as Kirk Mullen, in just his second game back from injury, was able to fight his way to the front of the net and poke home a rebound his 4th of the year from Ty Paisley and Clark, who collected his second assist on the night.

After allowing 3 goals on 11 shots, the Flyers switched their goalie.

For the bulk of the second period, it was a goalie battle as both tenders went save for save.

A pair of penalties late in the second gave the Flyers a two-man advantage which they were able to cash in on, just as the first penalty expired but the power play goal cut the lead to 3-2.

In the third, both teams had some chances but neither could solve the excellent goaltending.

With time ticking down, the Flyers pulled their goalie and came close but again, Plowman and the defenders stepped up to keep it a one-goal game.

Travis Hensrud sealed it again with an empty netter, just like he did back on New Year's Eve, with his 23rd of the year. Hutner Degelman, who won a pair of key face-offs late in the third, was given credit for the lone assist.

With the goal, Hensrud extended his point streak to 11 games. He has 24 points in his last 16 games.

Plowman notched win number 13 on the year making 40 saves, the most saves he's made this season. He was named the first star of the game.

Steinbach's power play went 0-4 while the penalty kill was 4-5.

Up next, the Pistons travel to Portage to take on the Terriers Friday night at Stride Place. 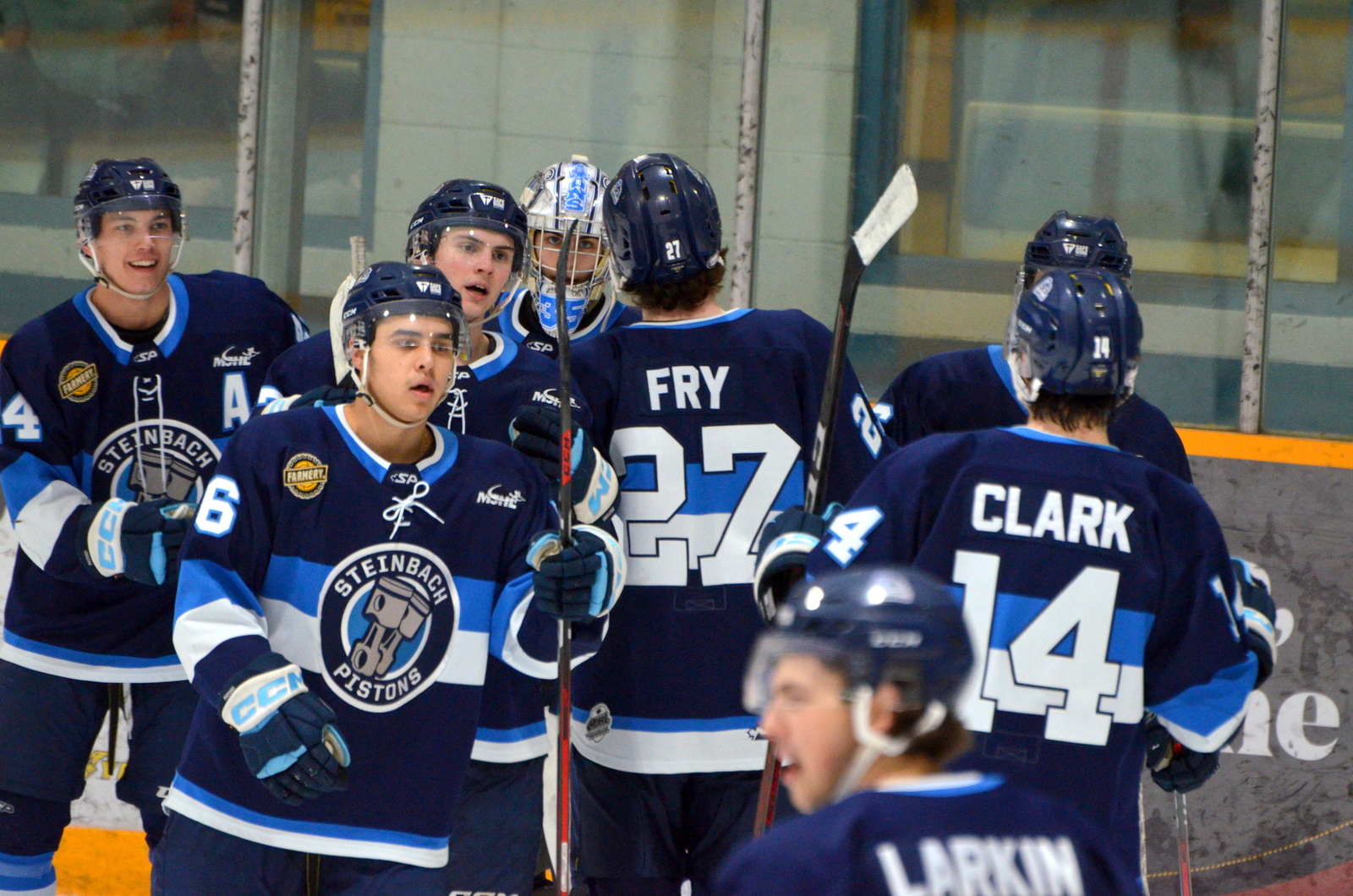 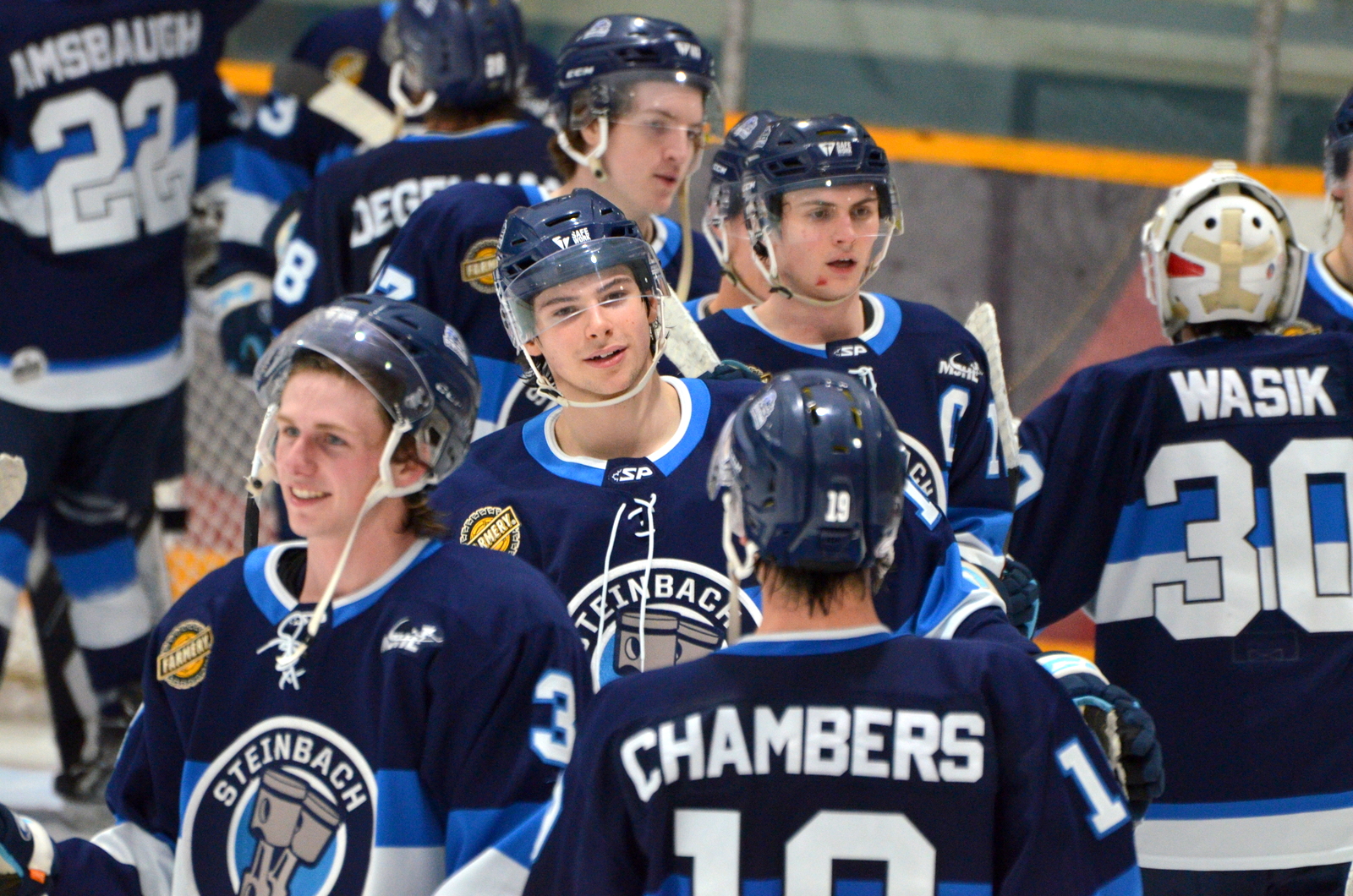 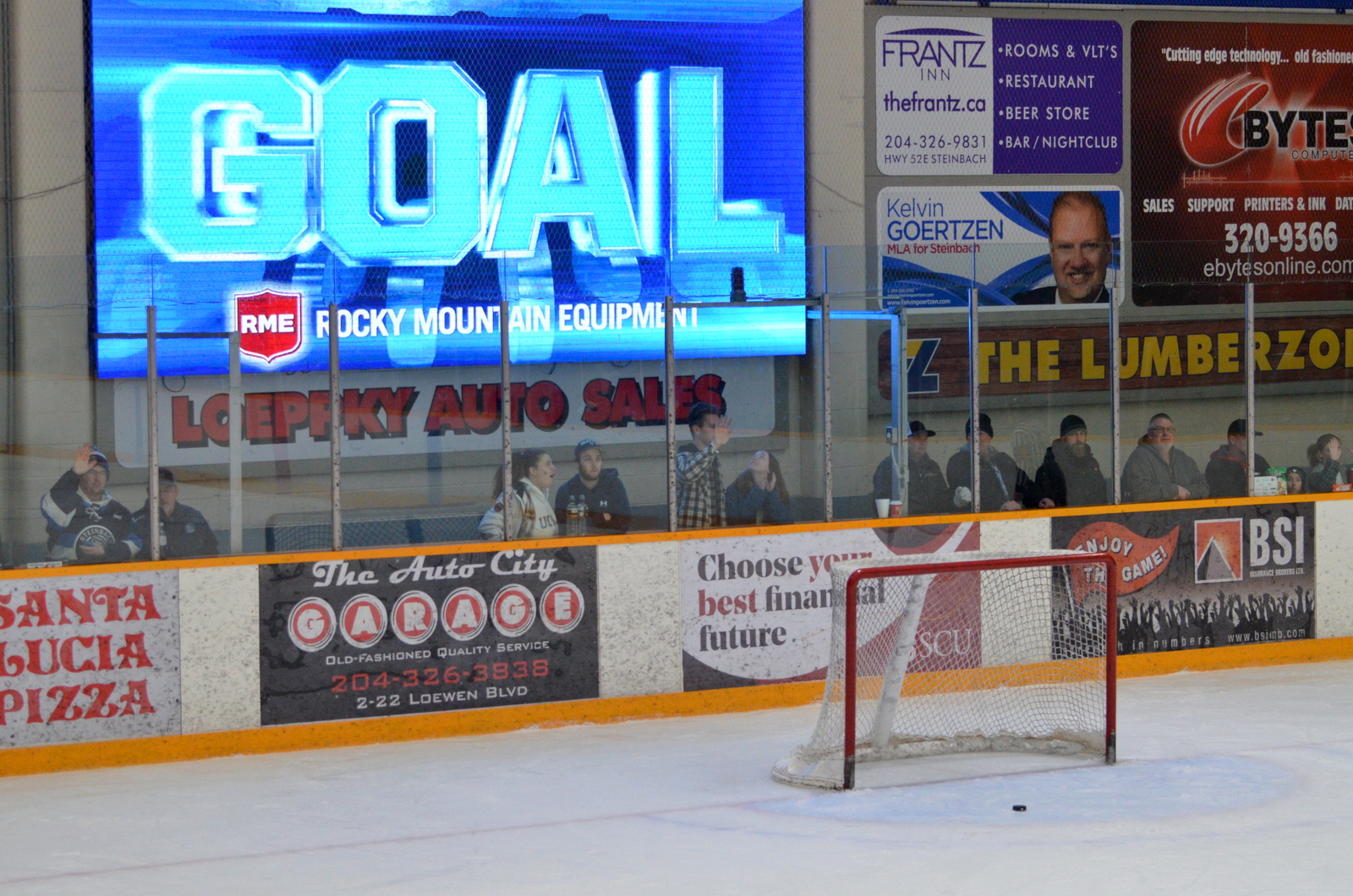 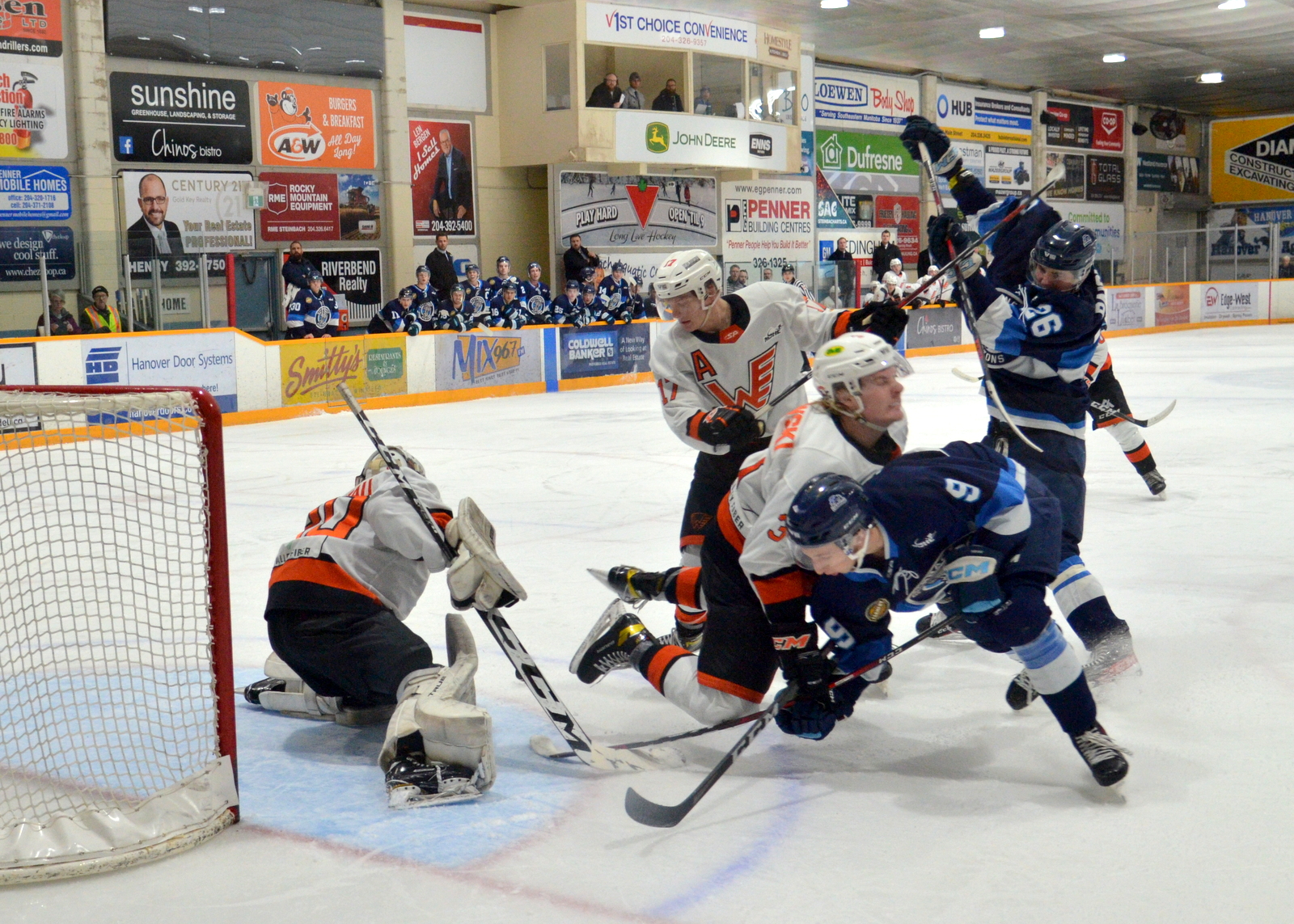 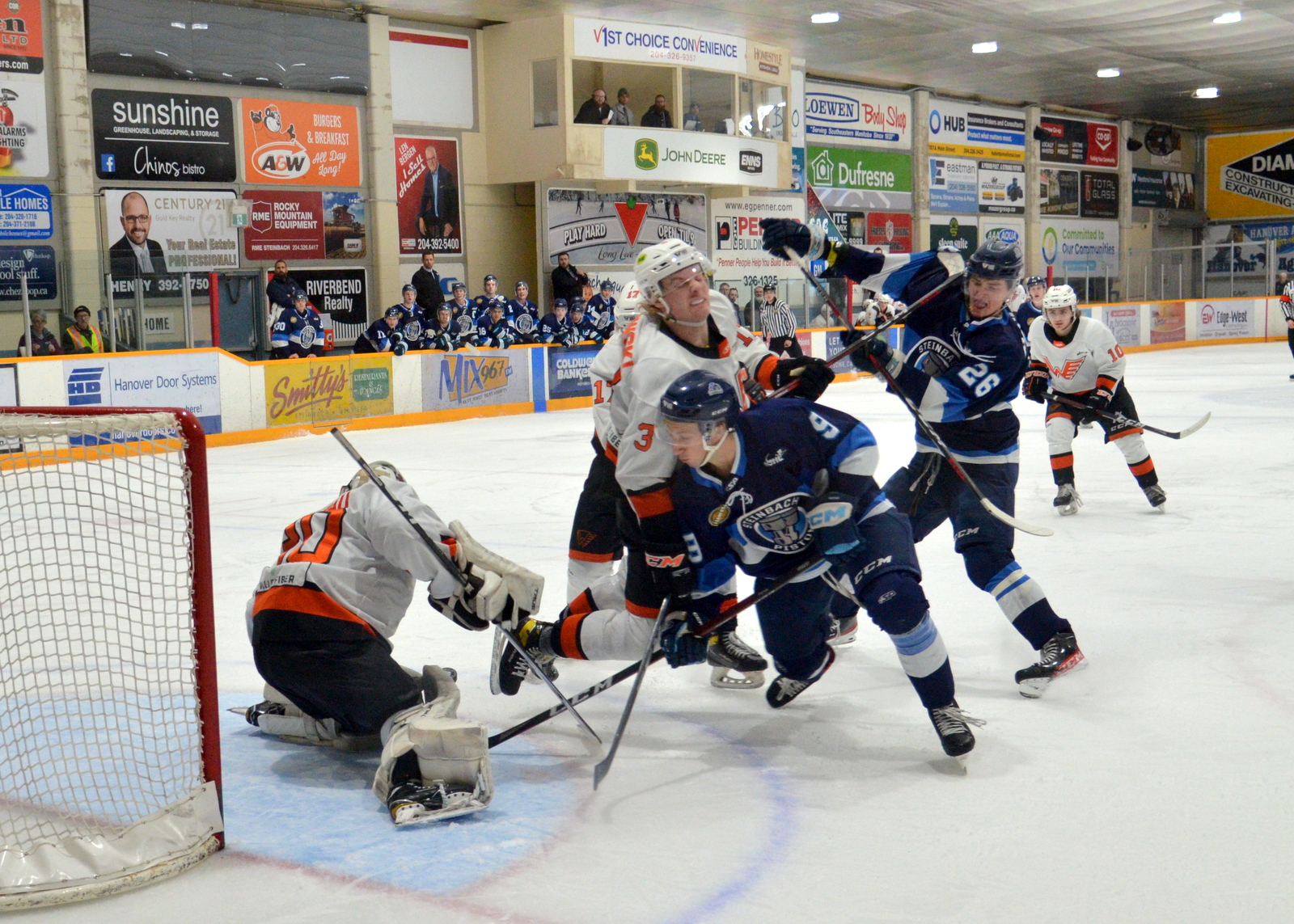 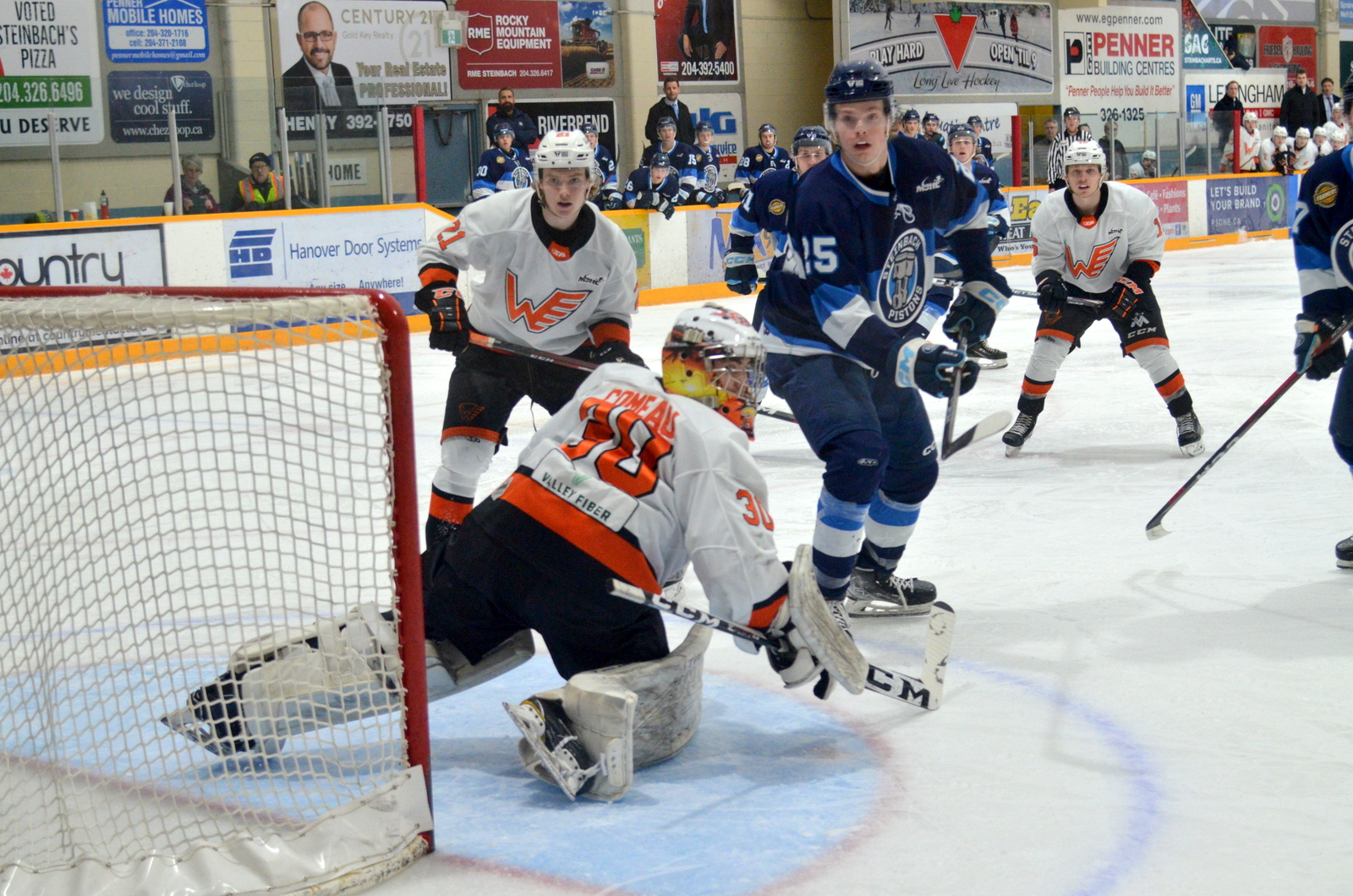 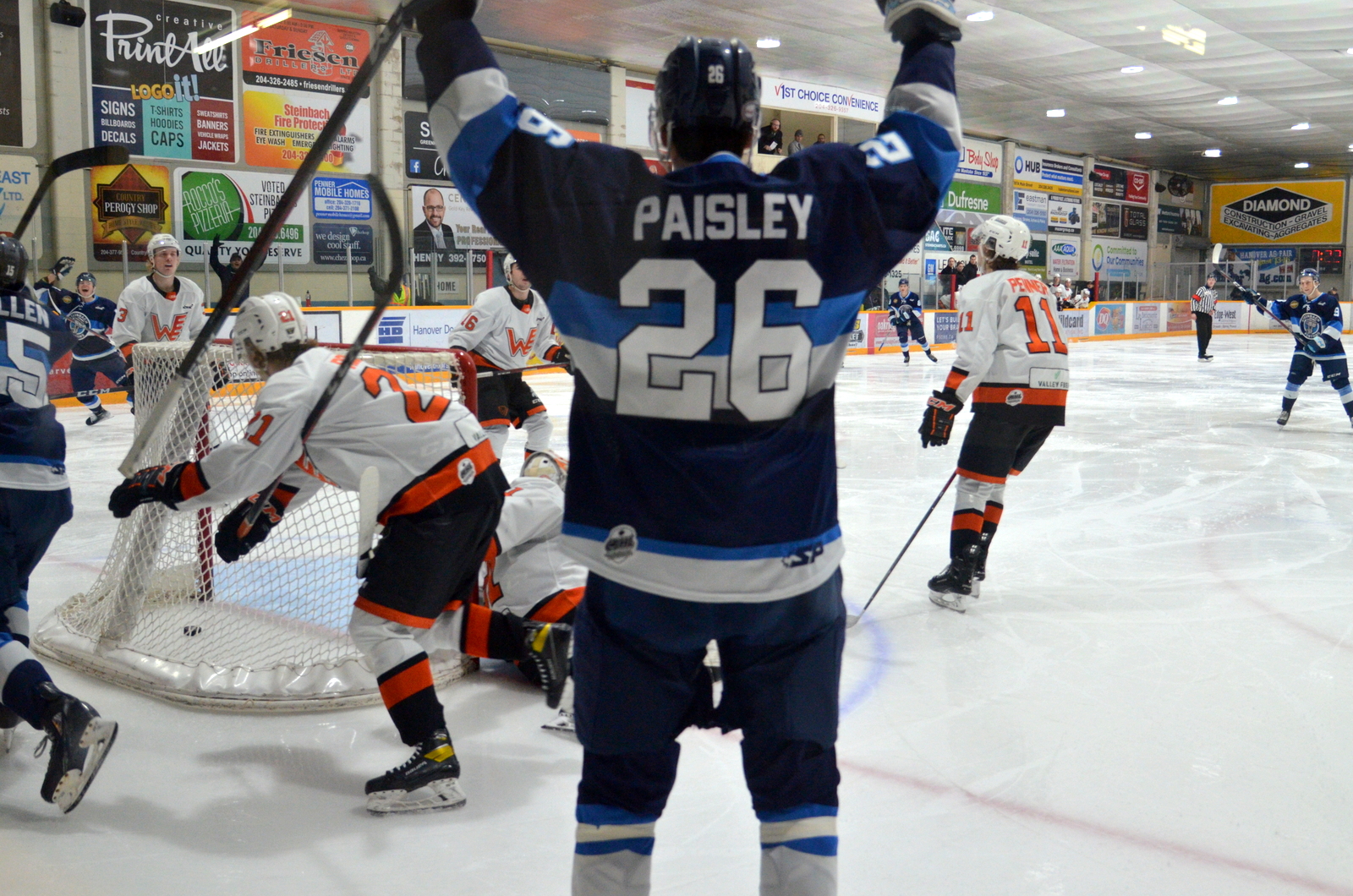 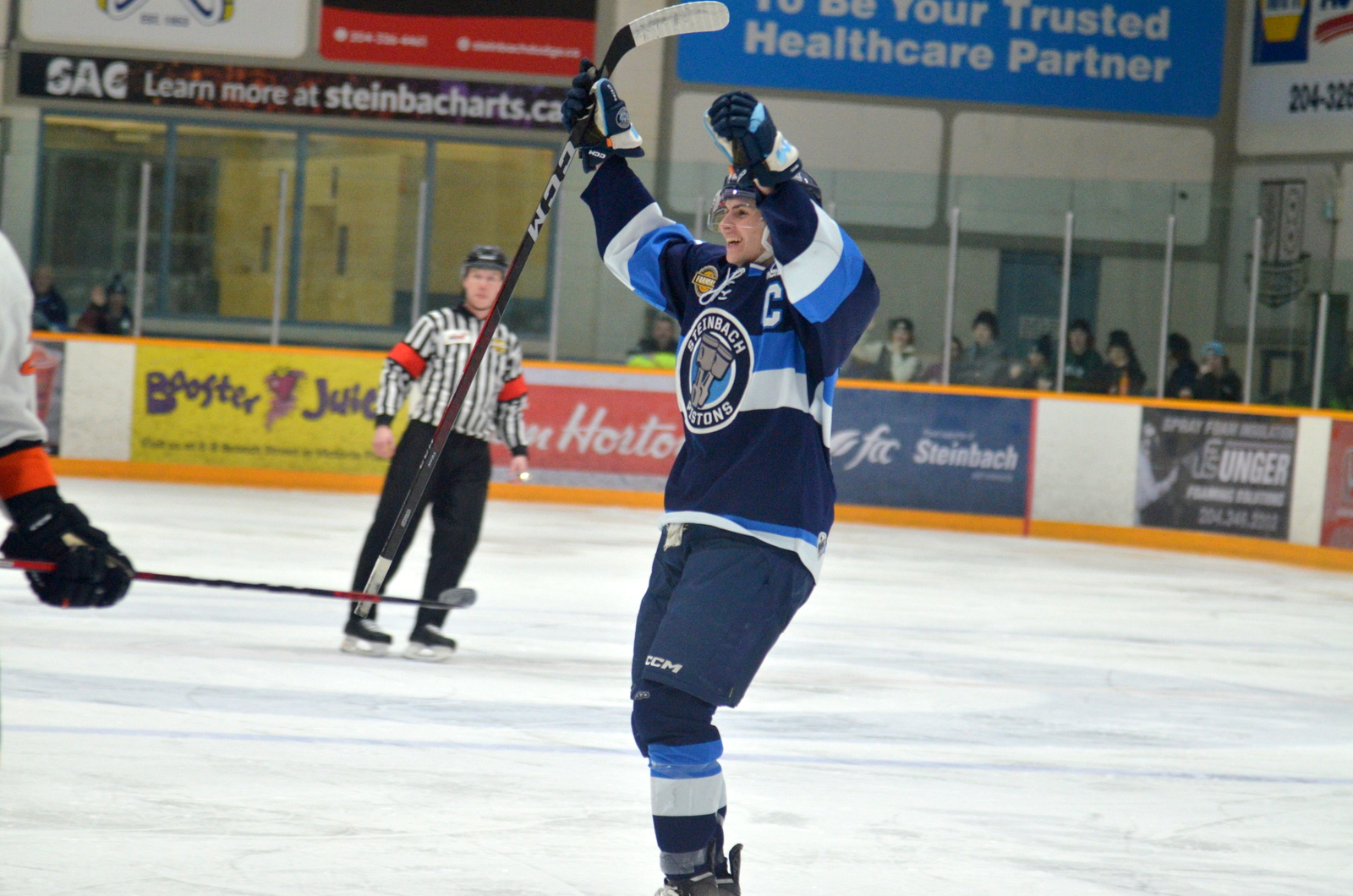 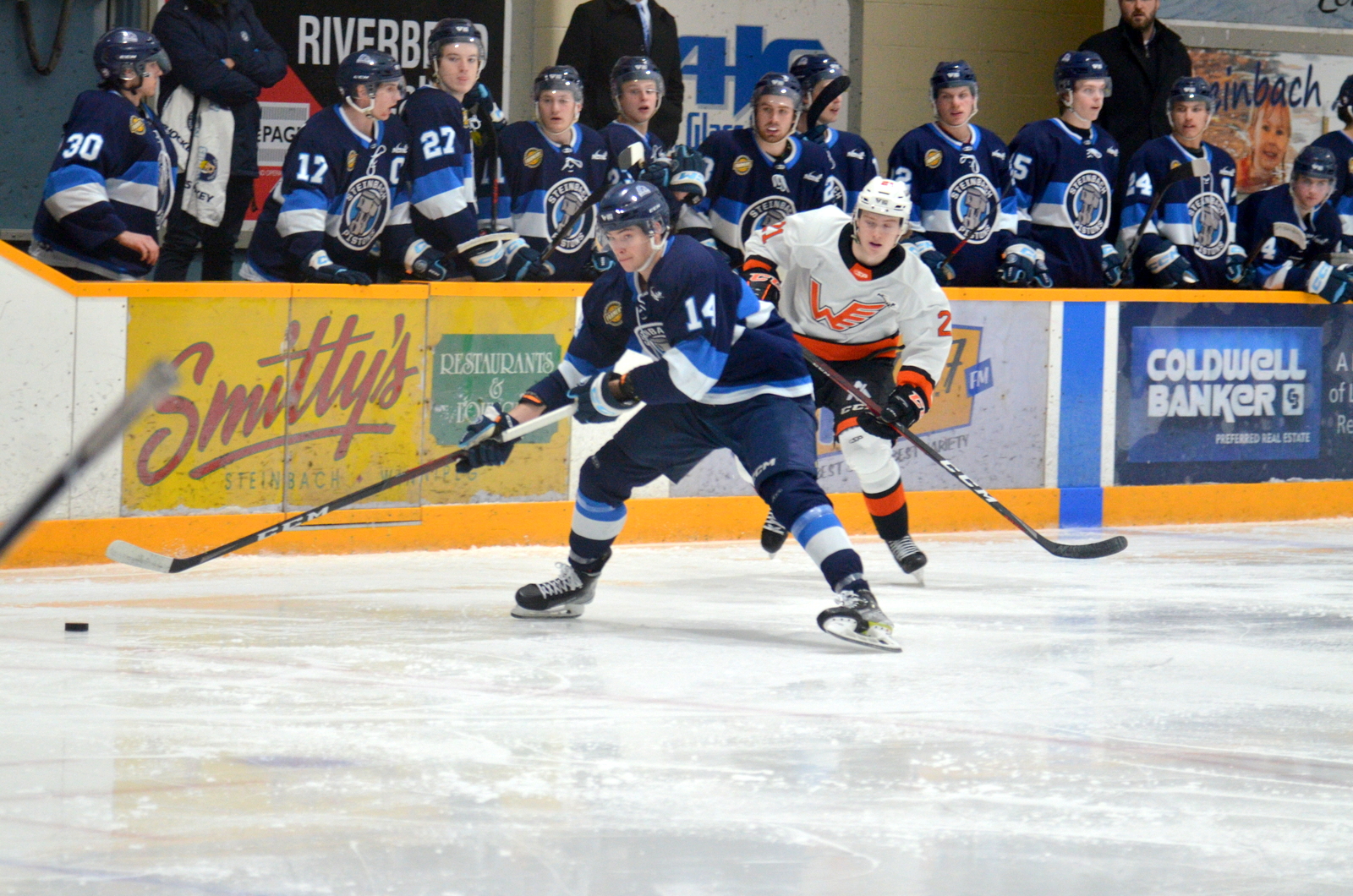 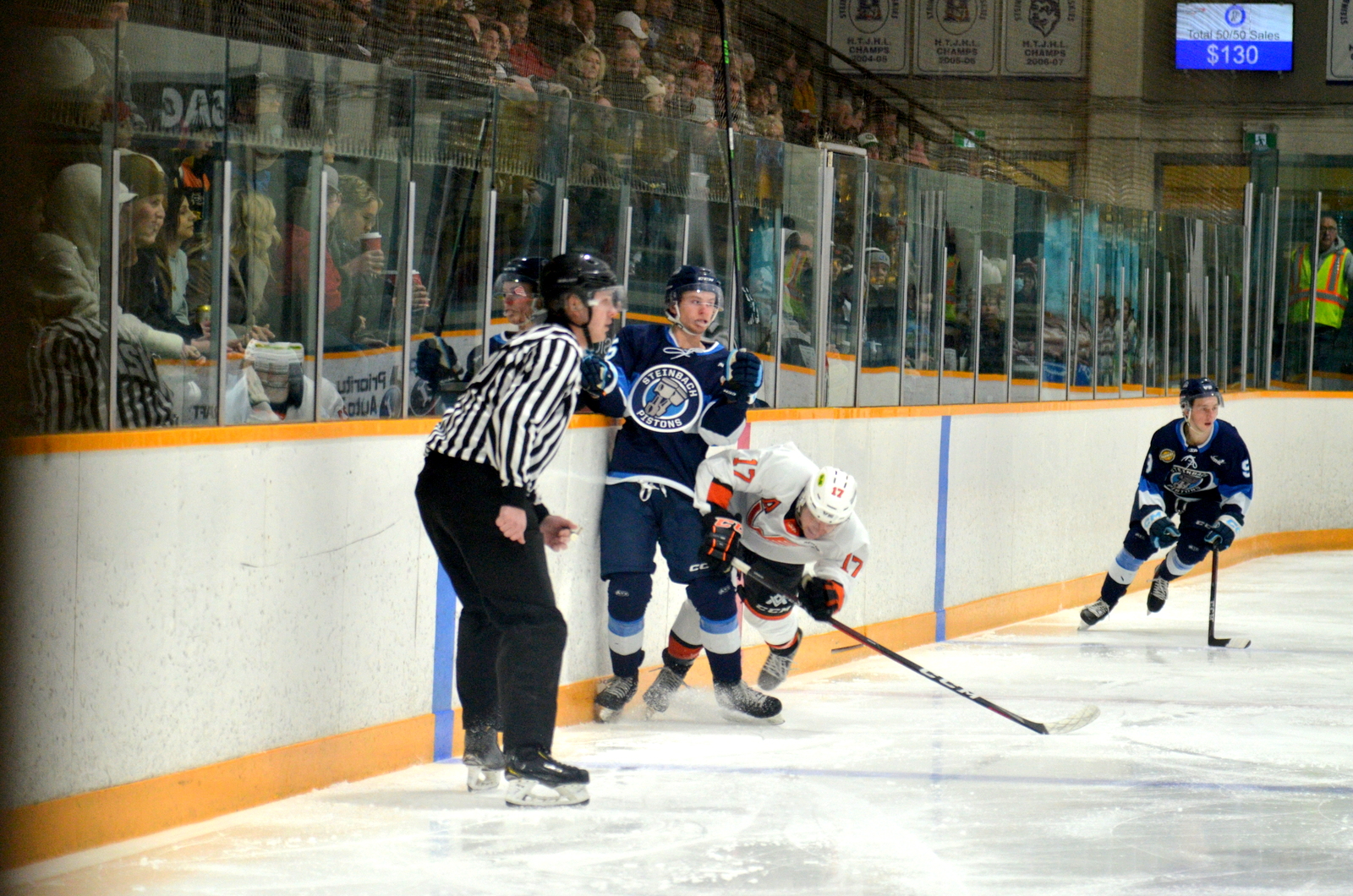 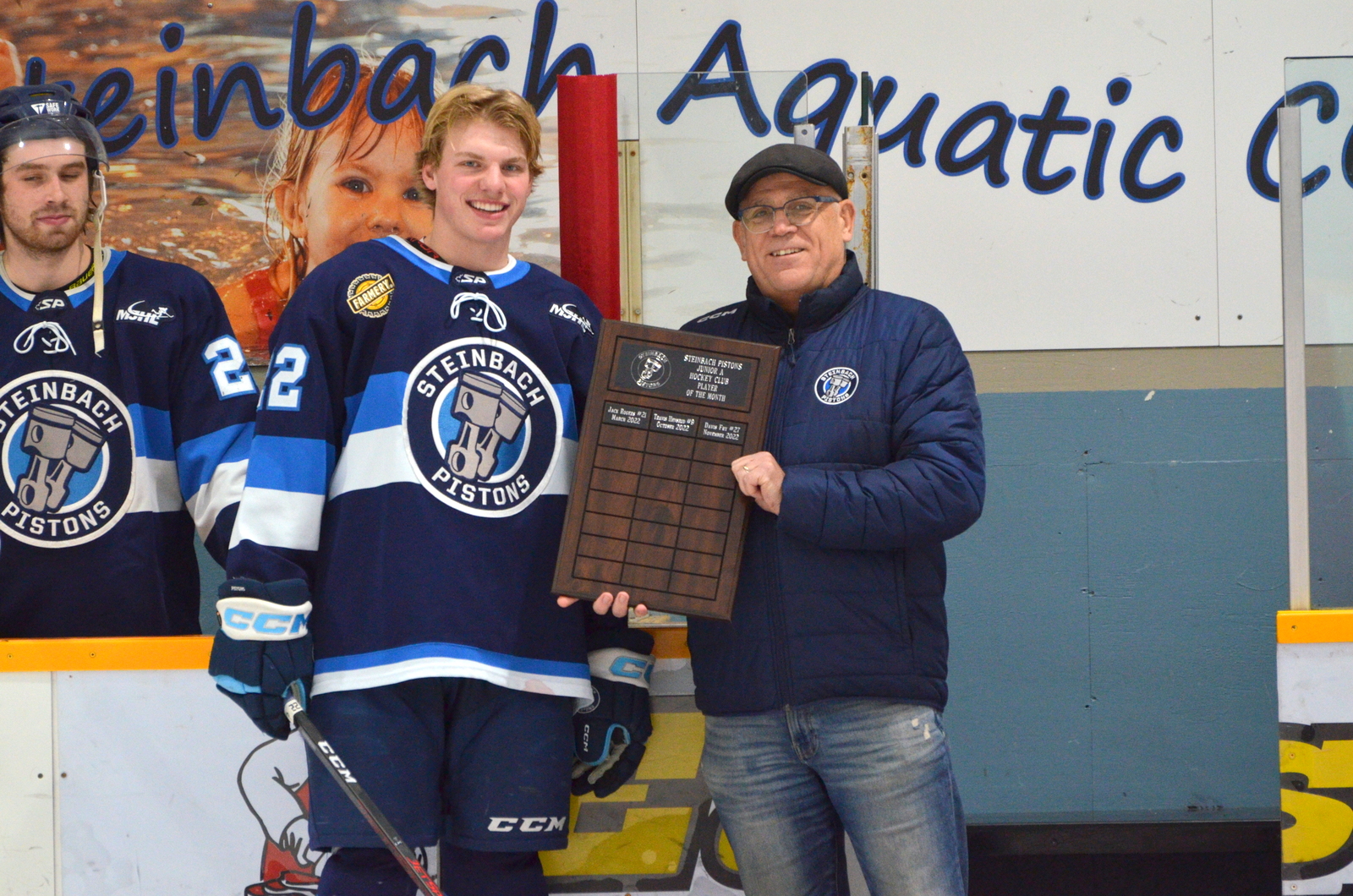 Shorthanded Pistons put in gutsy effort, come out with win over Portage