A father and son from Ste. Anne have incredible memories to last a lifetime, thanks to winning a contest that brought them to the Winnipeg Jets game on Thursday.

Jason Sharpe won a pair of tickets to the game that included a special pre-game ceremony for legends Teppo Numminen and Teemu Selanne who were inducted into the team's Hall of Fame. And he brought his son along to experience an evening they will never forget.

“It was quite surreal actually,” Sharpe says. “To be in attendance is one thing, but to win the contest I won and to actually get to meet Teppo and Teemu was unreal and an experience I'll never forget.”

Sharpe had entered a Winnipeg Jets contest and quickly forgot about it. So, he was in a bit of shock reading his email on Wednesday, notifying him of his prize.

Along with tickets to the game on Thursday, Sharpe received two jerseys autographed by Numminen and Selanne.

“The experience we had was more than what the contest said,” Sharpe reveals. “So, they actually took us right down to the players bench and we got to sit on the players bench just outside the Jets dressing room where they do all their interviews. We got to see all behind the scenes kind of thing. So, yeah, it was pretty memorable, that's for sure.”

Although the entire night seemed magical, perhaps the most memorable part of the evening happened during the Meet and Greet. Sharpe’s son, Zenon, plays hockey, and the Hall of Famers were eager to share some tips.

“Once they found out Zenon played defense, Teppo took him aside and gave him some pointers,” Sharpe says. “I’m speechless.”

The gravity of moment was not lost on Zenon, as the young hockey player is also a quite a hockey fan. His dad says there is a good chance that the smile is still stuck on his son's face.

Capping off the magical night, the Jets picked up a victory, beating the Anaheim Ducks 3-2, with Kyle Connor picking up a hat trick. 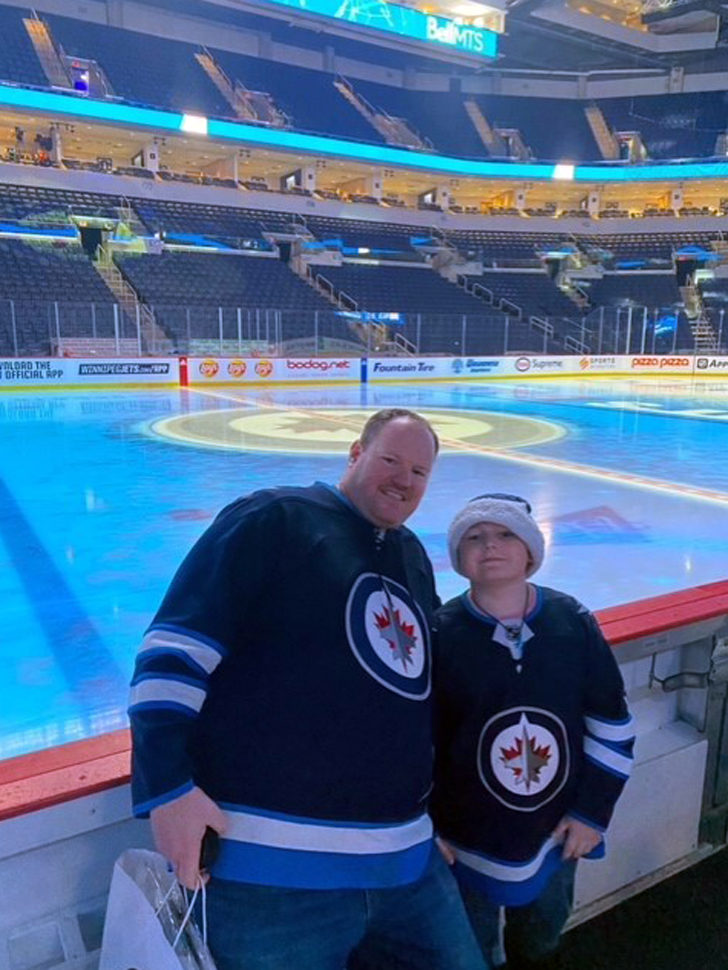 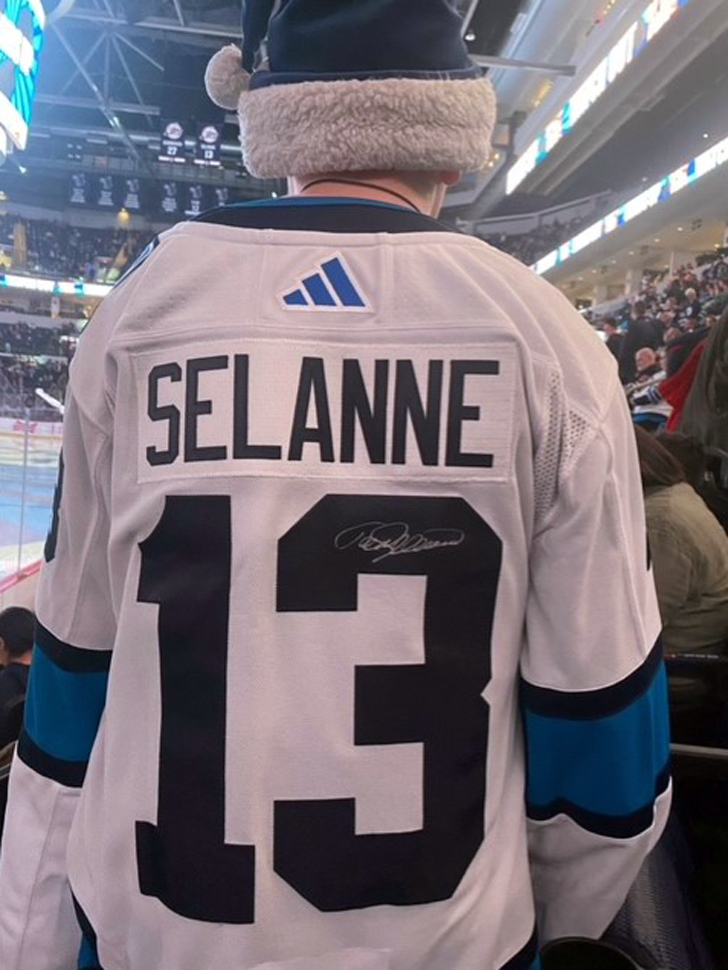