Rain-soaked Marchand gets help from farmers and firefighters

Severe storms dumped 106.7 millimeters (4.2 inches) of rain onto the community of Marchand.

It did not take long for water to cover the streets, including Highway 210 which runs through the small village.

Many homes and businesses were surrounded by water, threatening to cause damage.

“We know every low spot in our yard here now, because there’s a good couple of inches in every one of those spots,” says Kirk Brunelle. “We pretty much have a pool in our backyard, and a pond now, too. There’s quite a bit, that’s for sure.”

Brunelle says he has never seen a storm dump so much water in the community.

For Sandra, driving to work on Wednesday morning was a bit of a challenge, navigating her way through Marchand.

Motorists are encouraged to be extra cautious.

“Everybody, really be careful,” Sandra says.

The situation is better today than it was on Tuesday. The La Broquerie Fire Department was called at 9:36 pm to assist with getting some of the water out of Marchand.

Chief Al Nadeau says water was flowing over the 210 and surrounding the hotel as well as some residences.

“We tried to set up some pumps and get some pumps going to relieve the pressure,” he adds. “And thank God for our local farmers. Some of them have big machines and big tractors. We managed to set up a huge manure pump from a guy who co-owns Precision Pumping. And another farmer decided to sacrifice his crop to relieve pressure and let some water onto his field.”

Nadeau says that collaboration was significant.

“The farmers really came through for us,” he says.

-With files from Corny Rempel and Dave Anthony 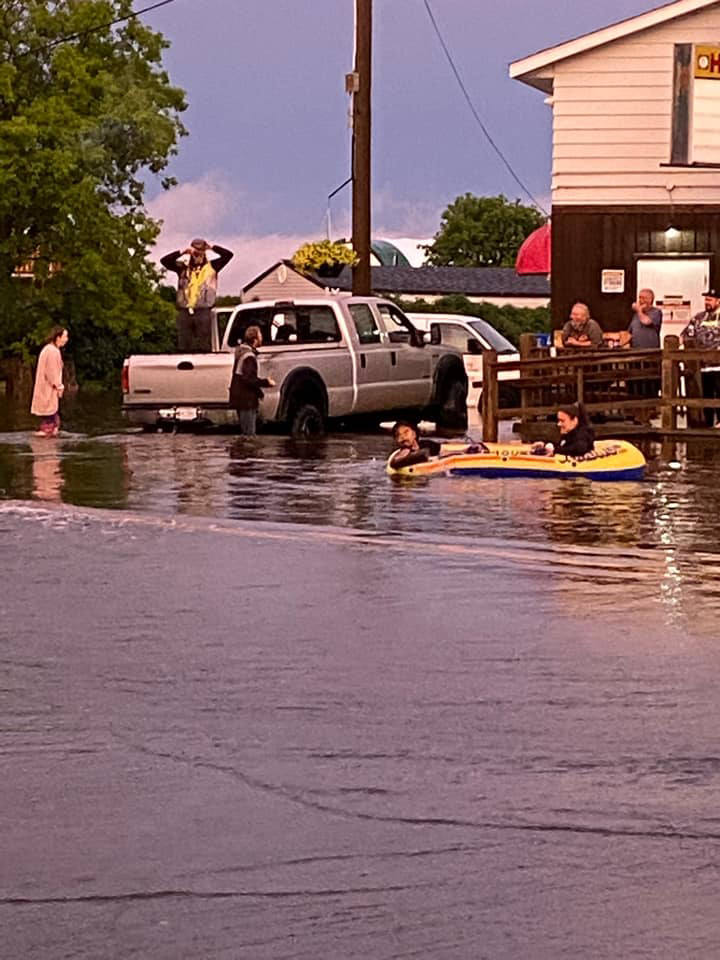 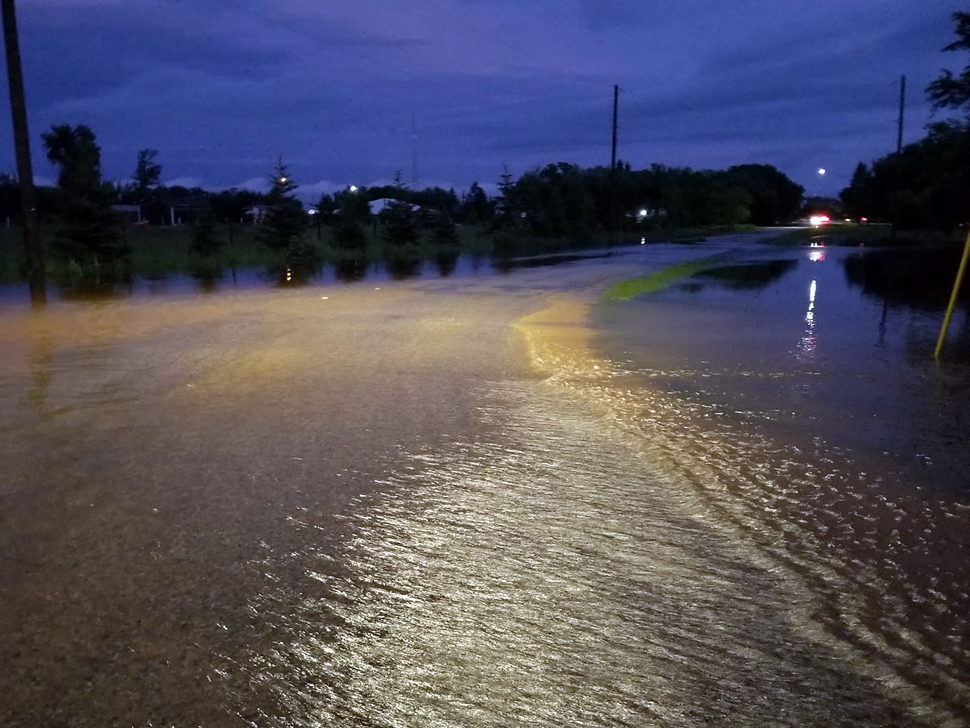 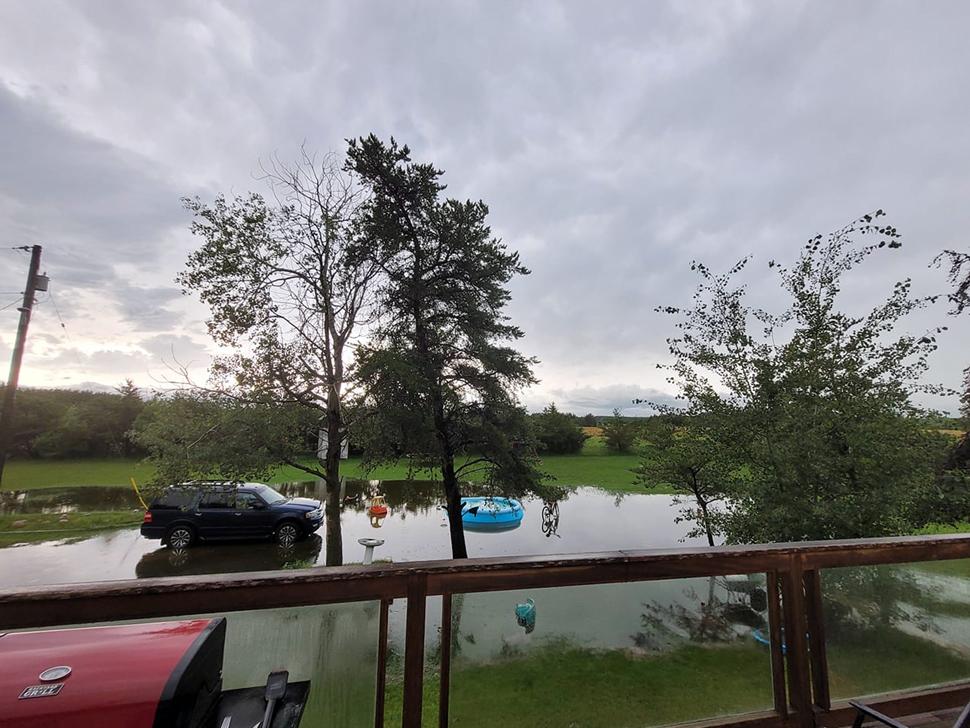 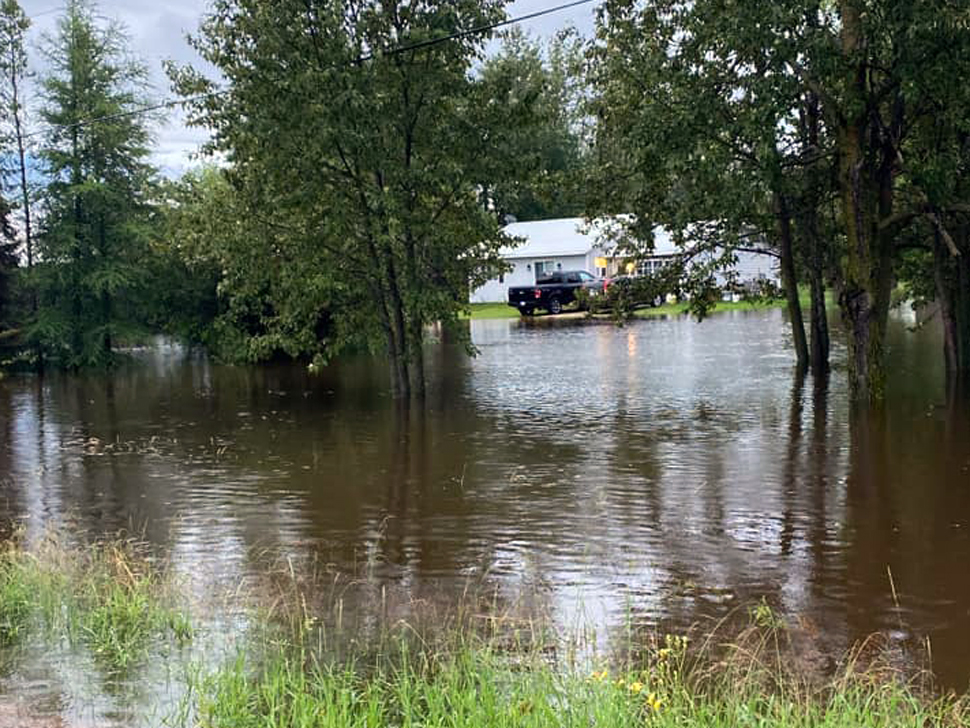 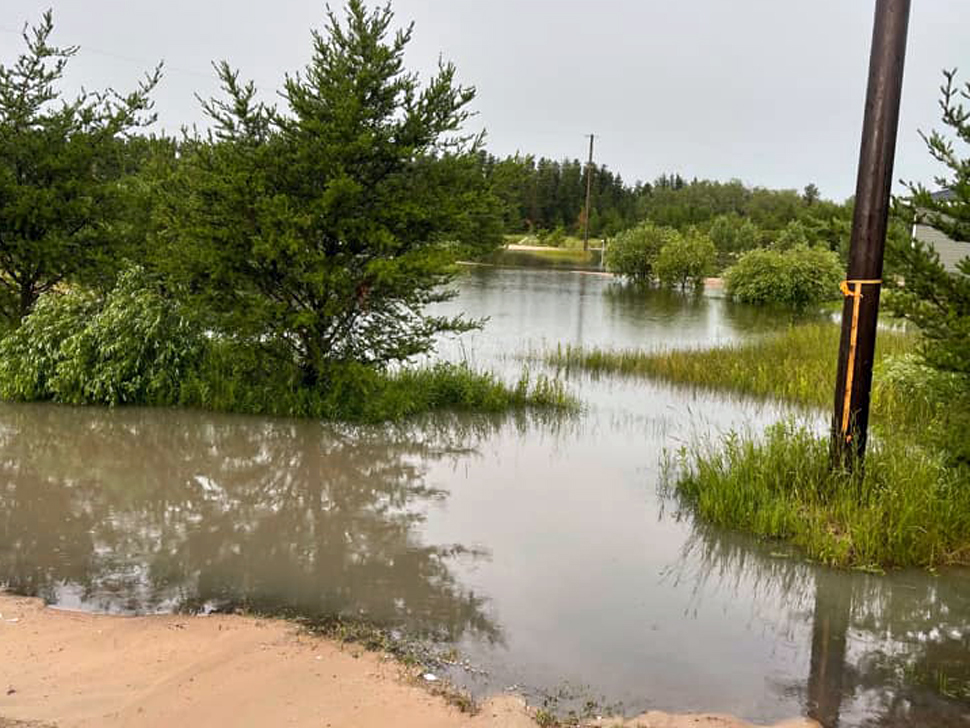 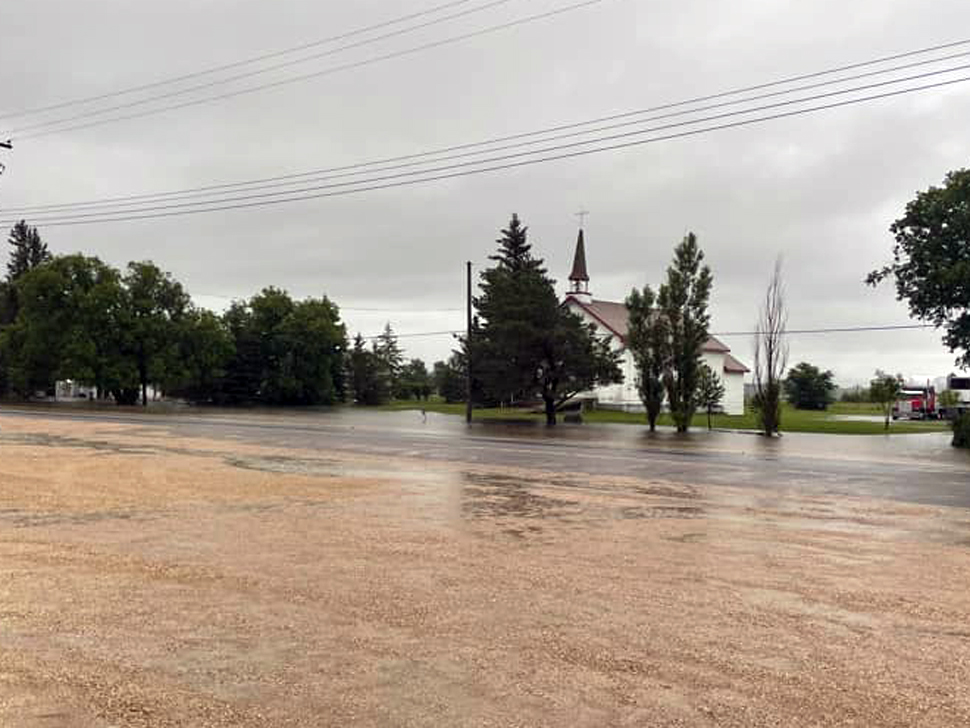 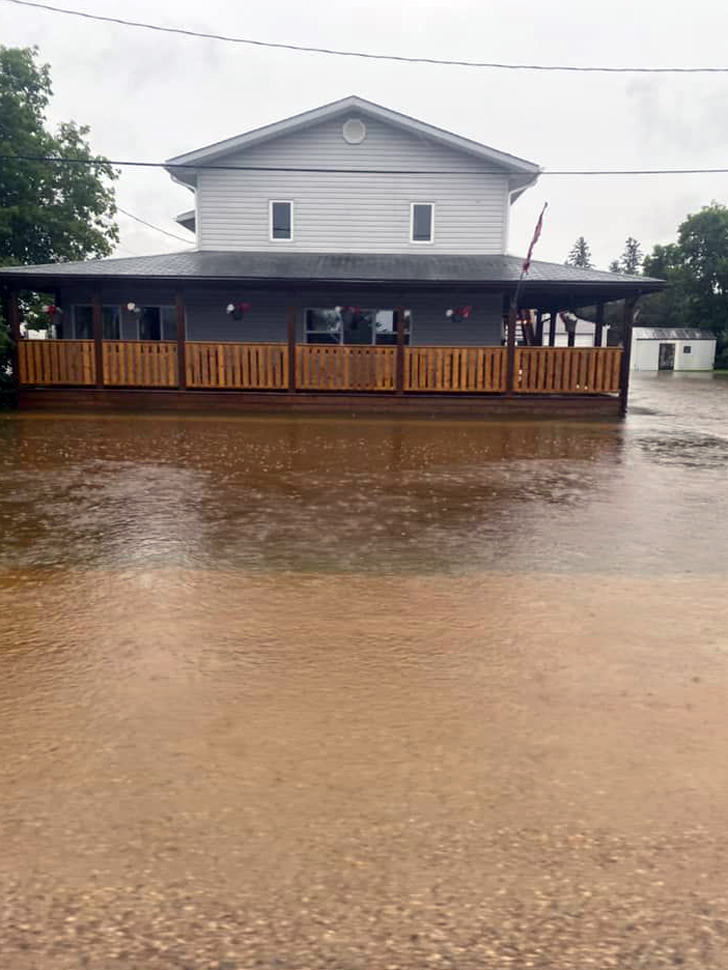 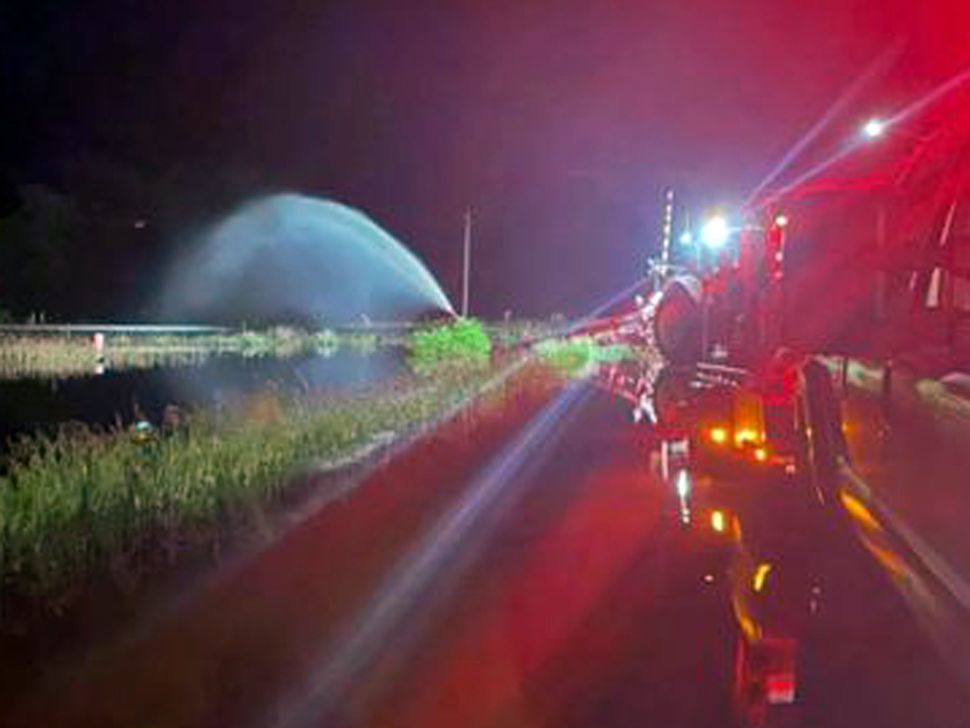 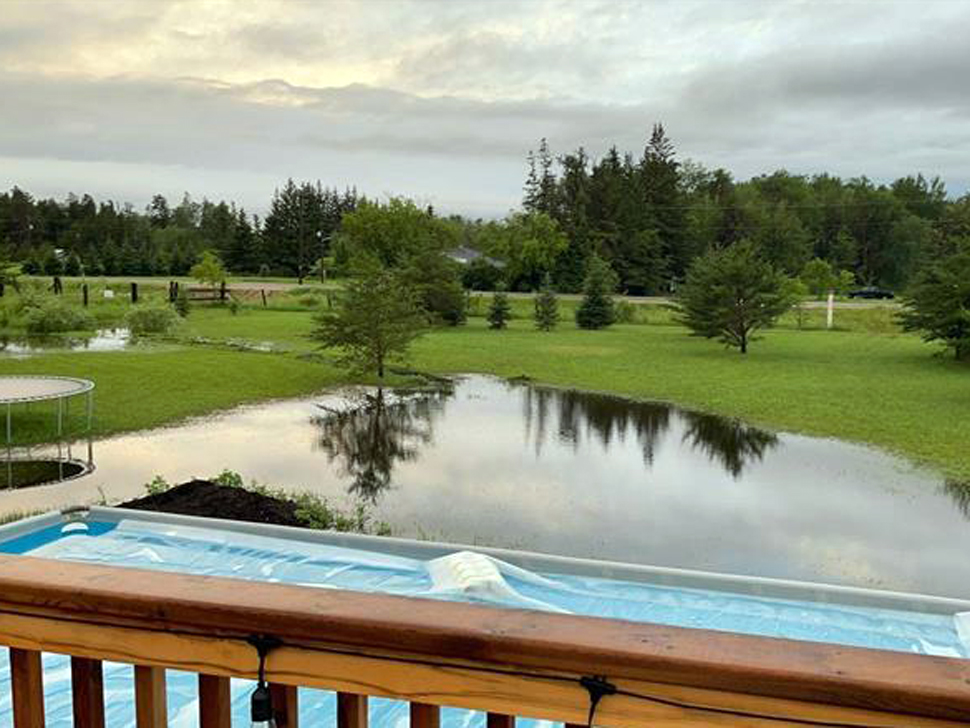 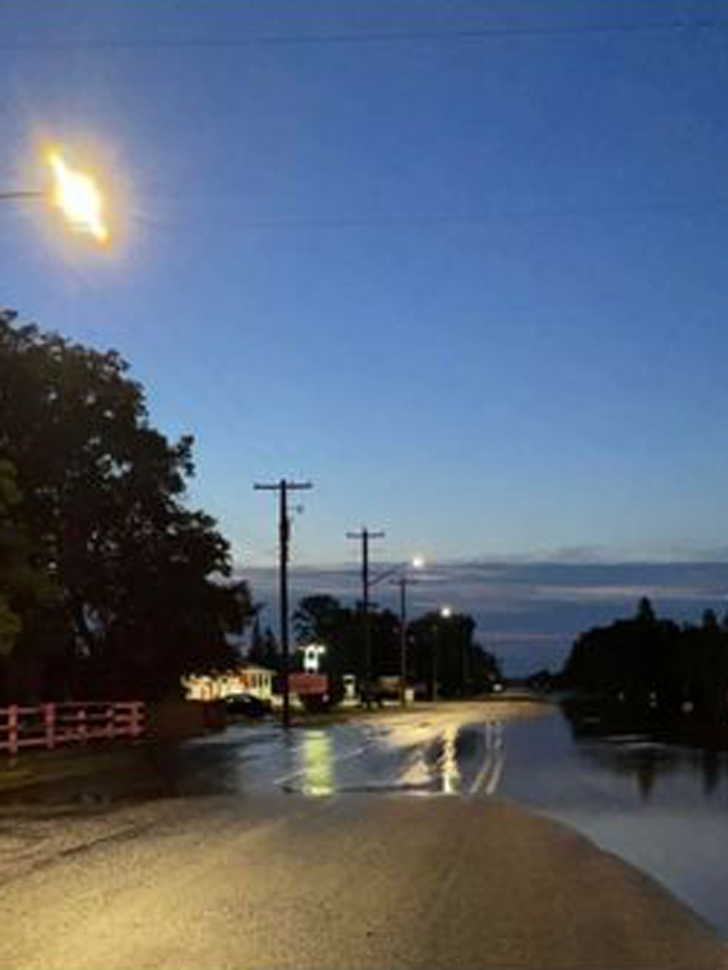