Twice over the weekend, the Steinbach Pistons fell at the hands of the Virden Oil Capitals and both times the score was the same.

Not So Home Sweet Home

Friday night saw Steinbach surrender a pair of power-play goals in the second period and were unable to complete the comeback, falling 3-2.

Things started off hot for the home side as rookie sensation Nick Mikan completed a wraparound, tucking home his 12th of the season less than 90 seconds into the game. Warren Clark and Ian Amsbaugh each were credited with assists.

Things started to turn after that as the Oil Caps pushed back, outworking the Pistons in all three zones.

That hard work eventually paid off as the visitors forced a turnover at their own blueline, raced in on a partial breakaway, and tied the game 1-1.

In the second, penalty trouble cost Steinbach as the Oil Caps struck twice in a row with the man advantage taking a 3-1 lead.

There was a discussion that the 3-1 goal was hit with a high-stick before being batted into the goal but the discussion between the officials was a short one and they deemed it a good goal.

Amsbaugh would cut into the lead on a Pistons power-play, rifling home his 12th of the year from Kirk Mullen and Clark, who notched his second point of the night.

In the third, Virden's smothering defense and strong support in the defensive zone kept Steinbach from mounting any serious momentum. Despite a late flurry with the goalie pulled, time ticked away and the horn signaled a rare home loss for Steinbach.

The power play finished 1-3 while the penalty kill was burned twice on five kill opportunities.

Dominik Wasik did what he could to keep his team in the game throughout the evening but picked up the loss, stopping 24 of 27 shots he faced.

Sunday gave the Pistons a chance for redemption but a late goal against sunk them and again, fell to the Oil Caps 3-2.

It was a strong few minutes of the first for the road team as they chipped pucks in, they used their size and speed to muster a few chances but it was the home side that would catch a massive break to open the scoring.

Off a harmless-looking dump-in from center, goalie Cole Plowman came out to play the puck that was heading around the net. The puck however had different plans. It hit off the glass and jetted right out in front to a waiting Oil Cap who buried it into the open net to give his team a 1-0 lead.

Virden would double the lead before the period was through after Plowman made two spectacular sprawling saves, the Piston's defense couldn't clear the zone and the Oil Caps made them pay by going up 2-0.

In the second, Ian Amsbaugh scored in his second consecutive game and again did so on a power play cutting the lead to 2-1.

For the 20-year-old Amsbaugh, it's his 13th of the season. Landon Roberts and Parker Jasper had the assists. For Jasper, it was his first point as a Steinbach Piston.

In the third, Kirk Mullen scored on another man advantage to tie the game 2-2. Mullen's 6th was assisted by Warren Clark and Ty Paisley.

Steinbach pushed to find the go-ahead goal but many of their best chances were blocked or shot wide.

With time winding down, the Oil Caps took advantage of a Piston's icing forcing a tired group to stay out after an extended shift. The Oil Caps outworked the tired group and eventually re-directed a point shot in to grab the lead 3-2.

Once again with the goalie pulled late, the Pistons pushed but just couldn't find the equalizer and once again, the horn sounded signaling a Virden victory.

Steinbach's power play was 2-2 while the penalty kill was 1-1.

Plowman, like Wasik the night before, did all that he could and made some big saves in big moments but was hit with the loss, finishing with 26 saves on 29 shots.

Steinbach welcomes in the Winnipeg Blues, themselves coming off a humbling 8-2 loss at the hands of the Winkler Flyers on Sunday, to the TG Smith Center with game time at 7:30 pm. 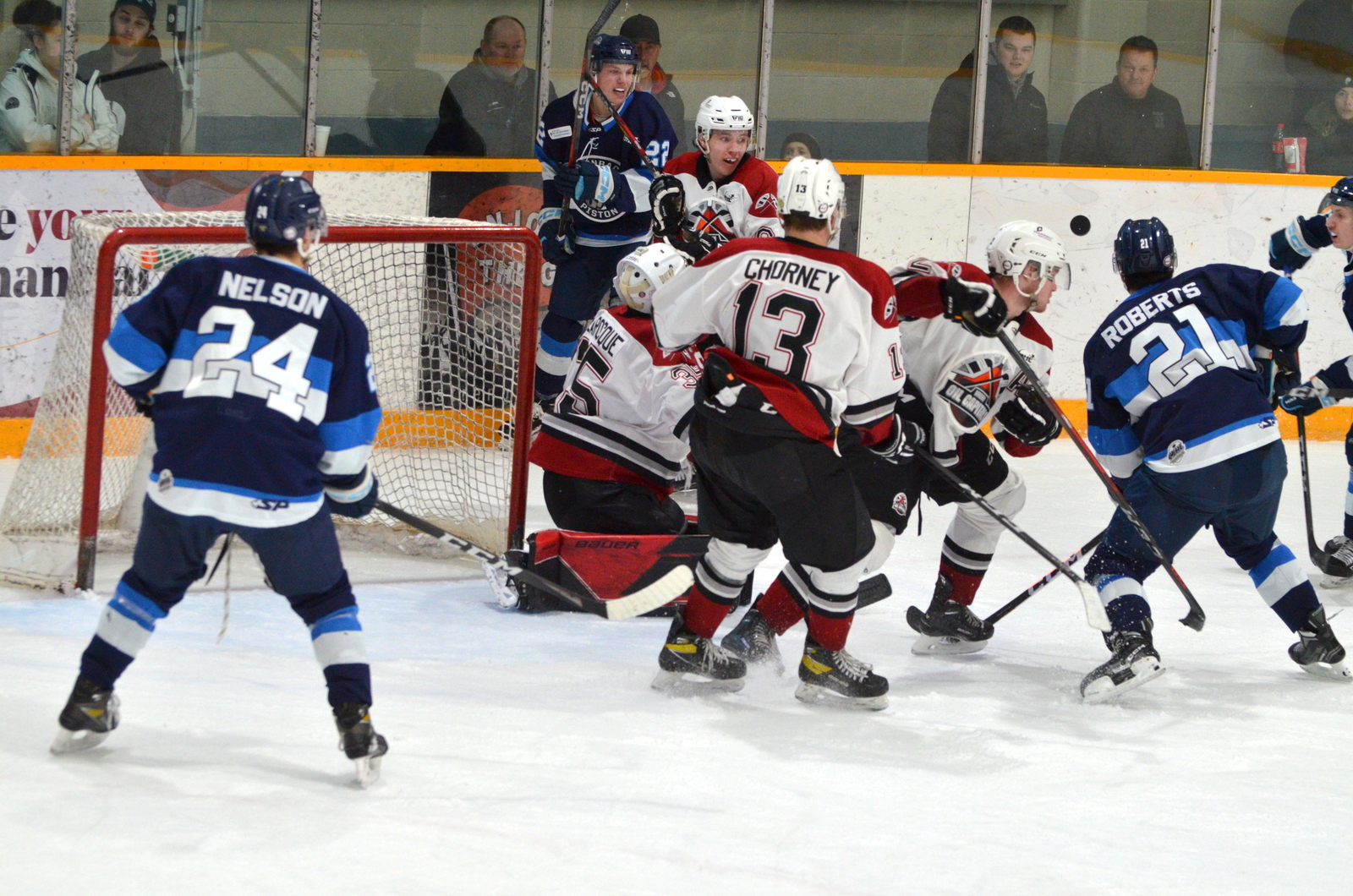 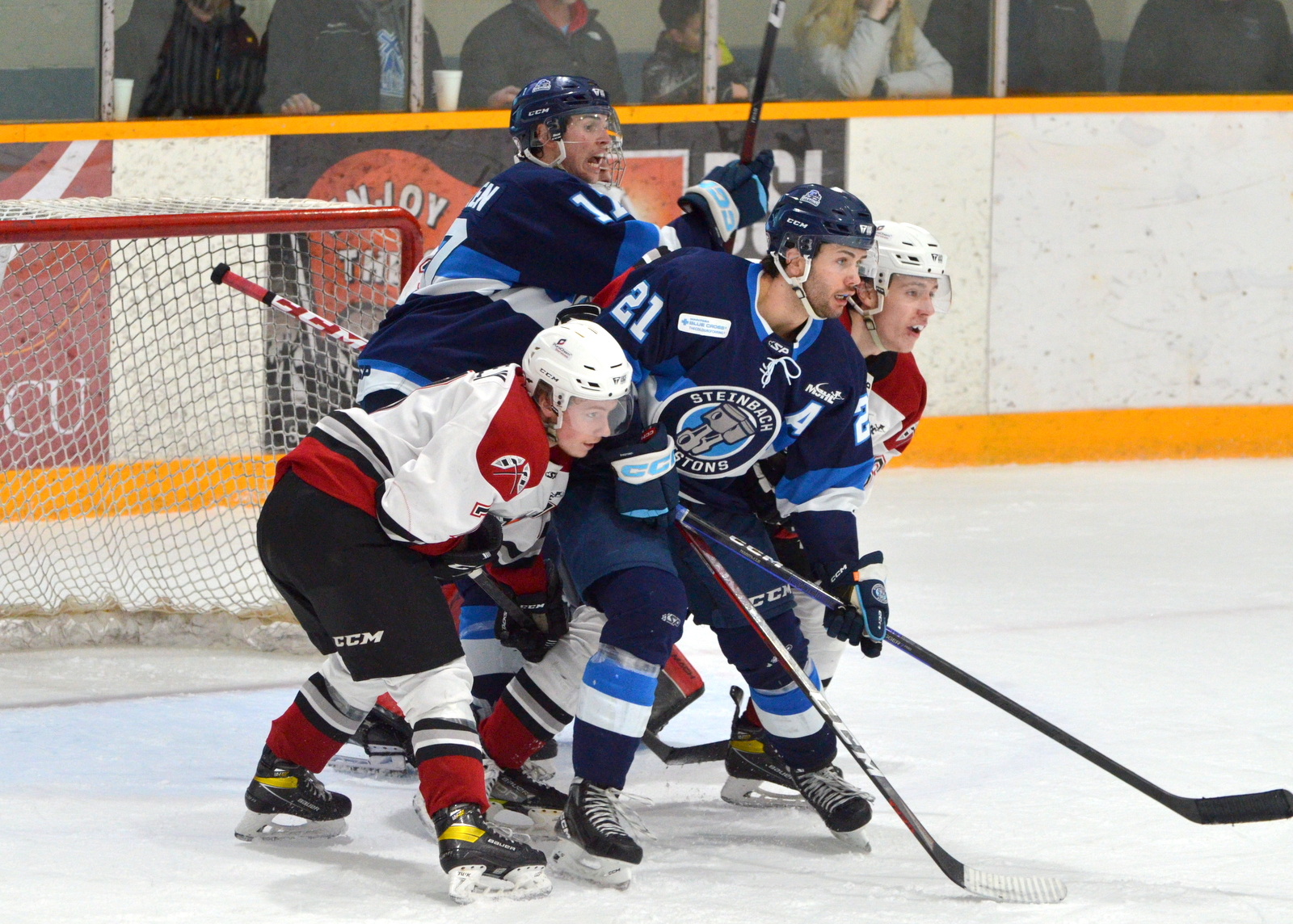 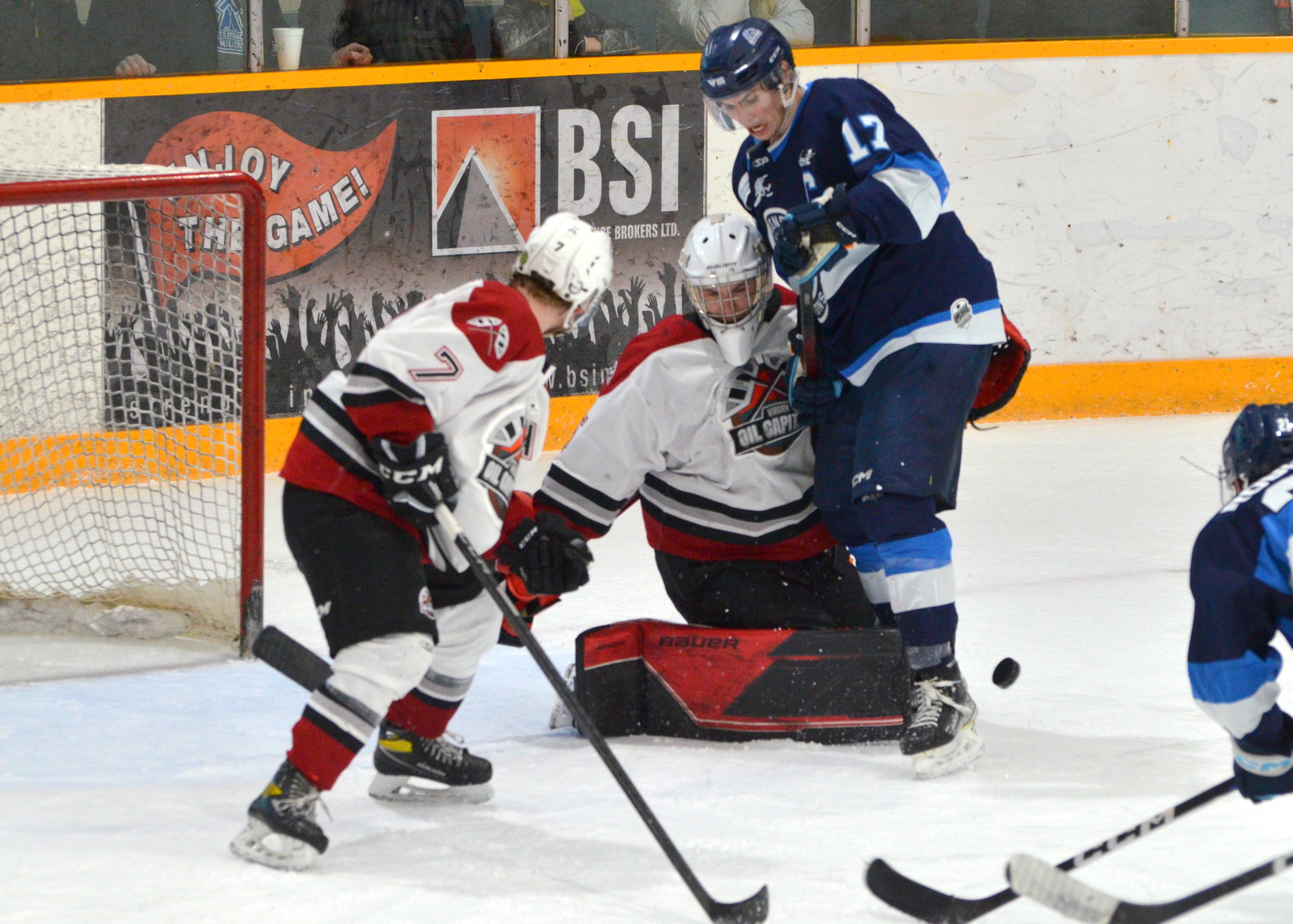 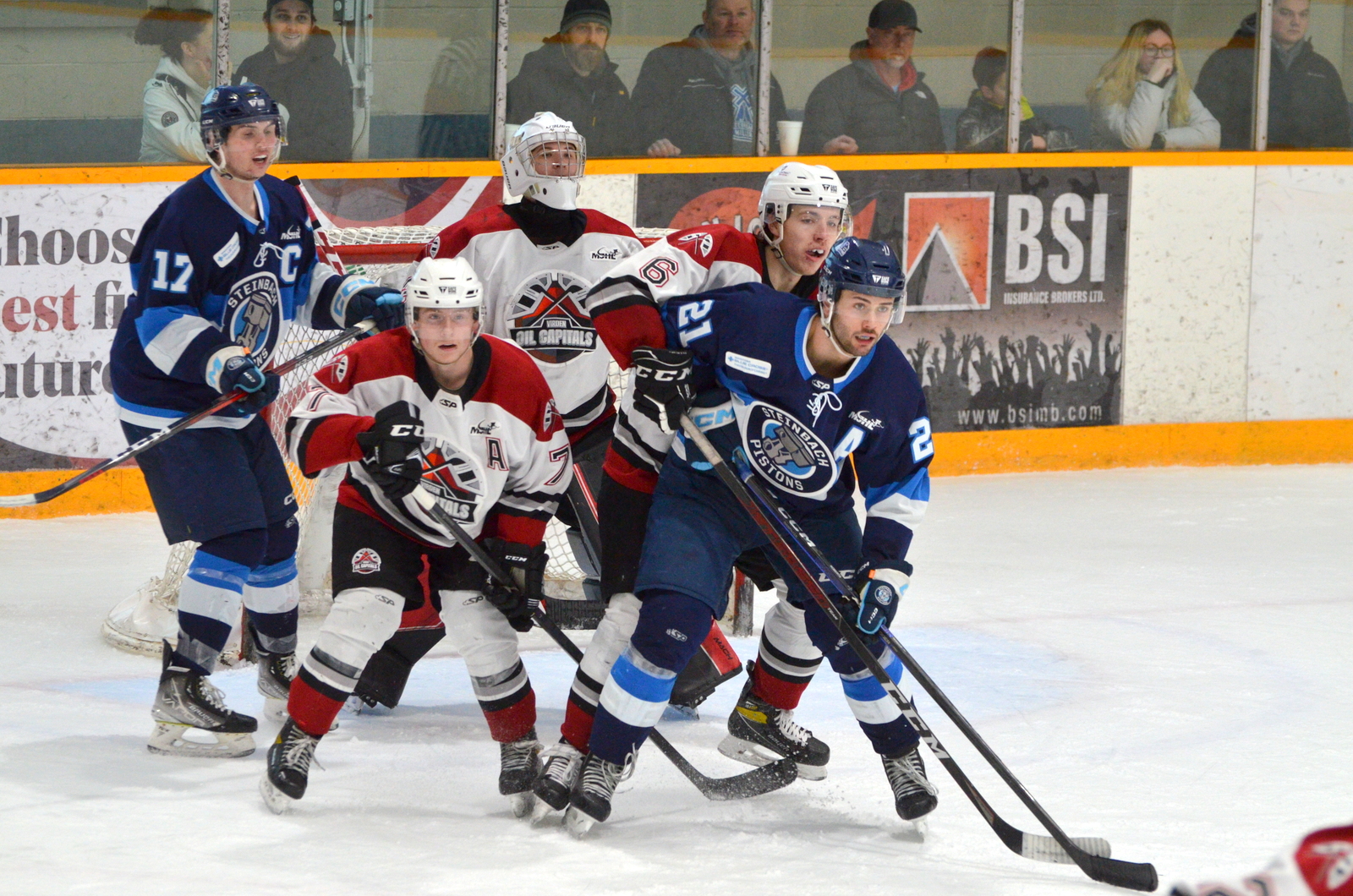 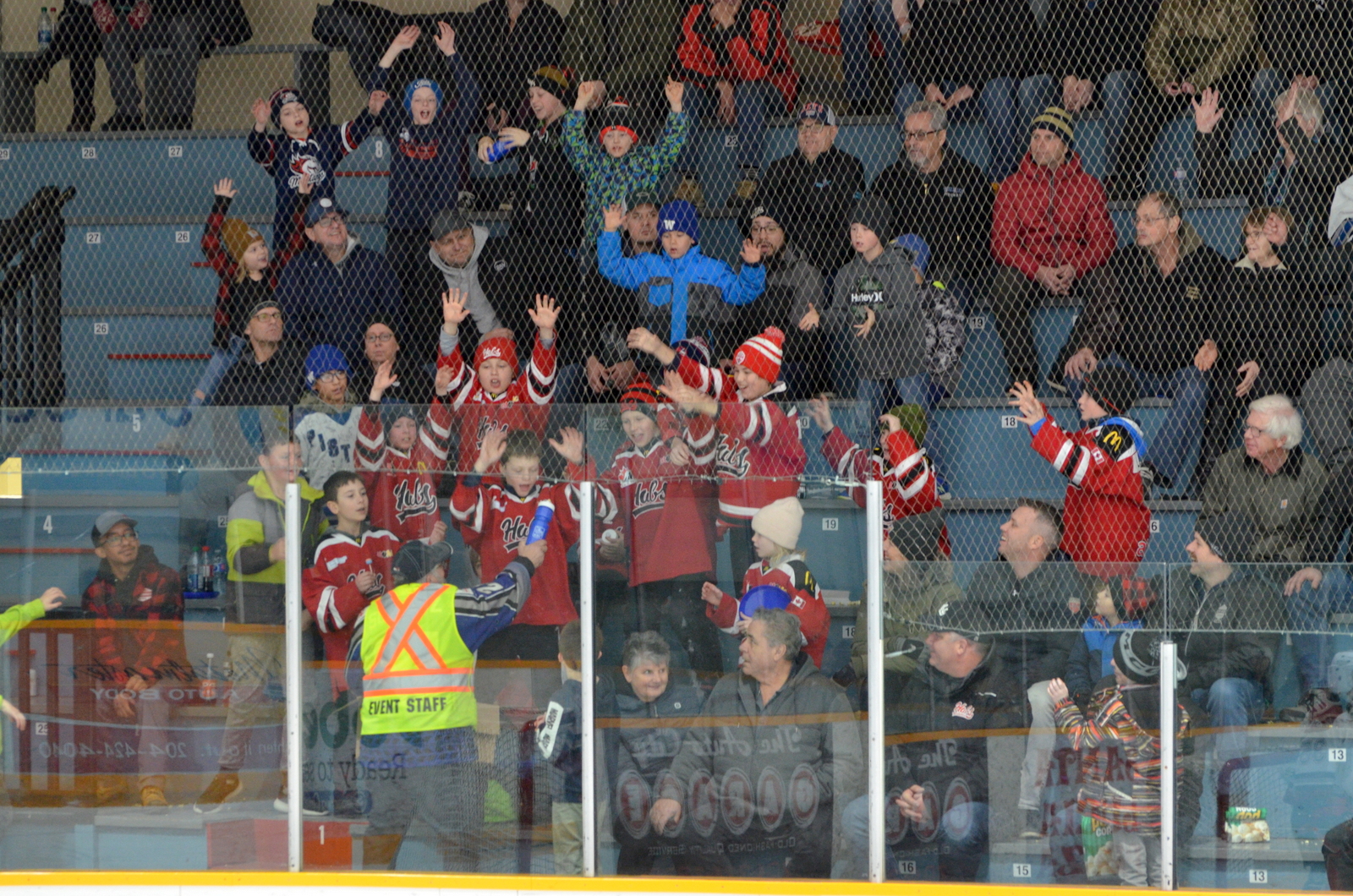 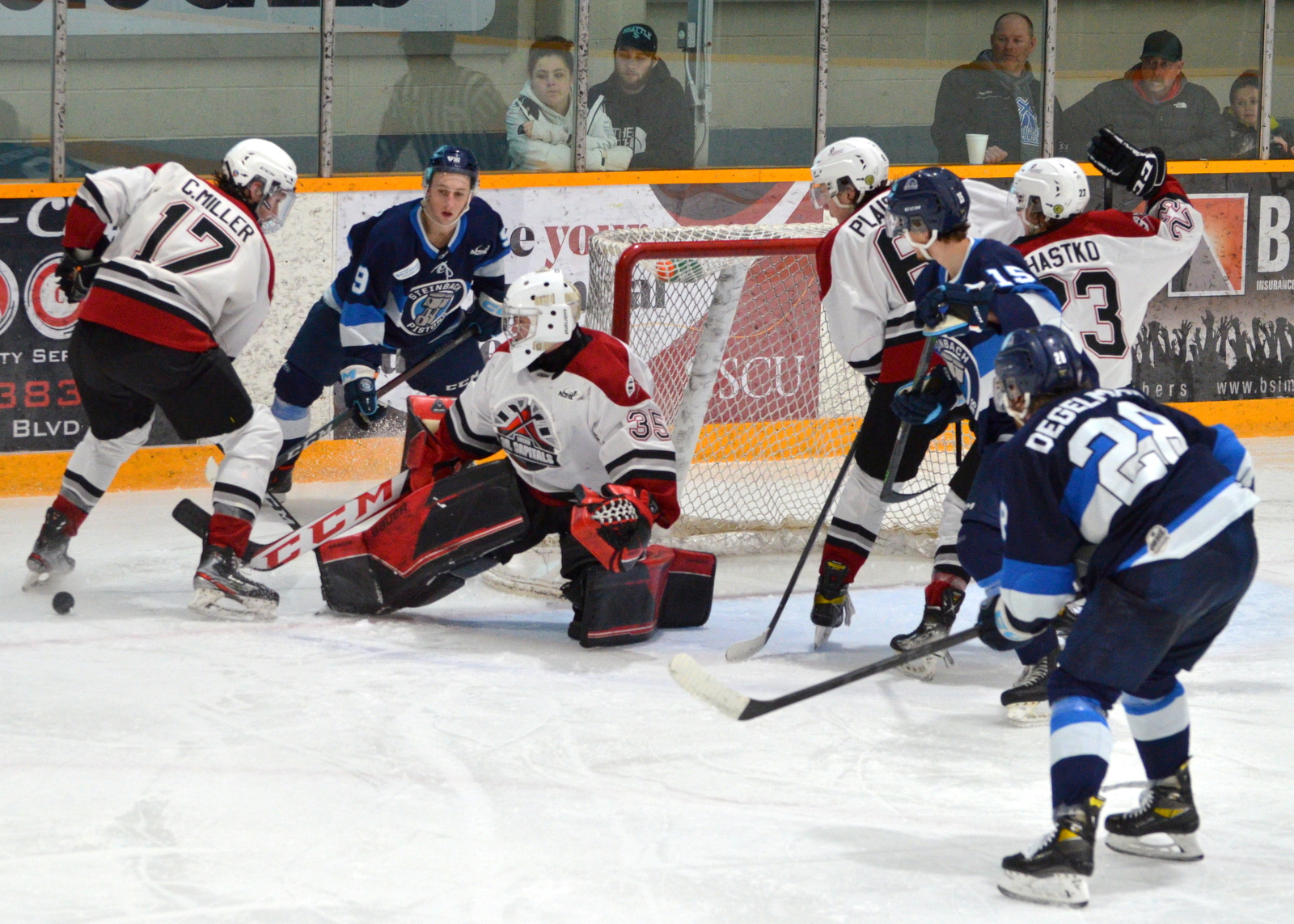 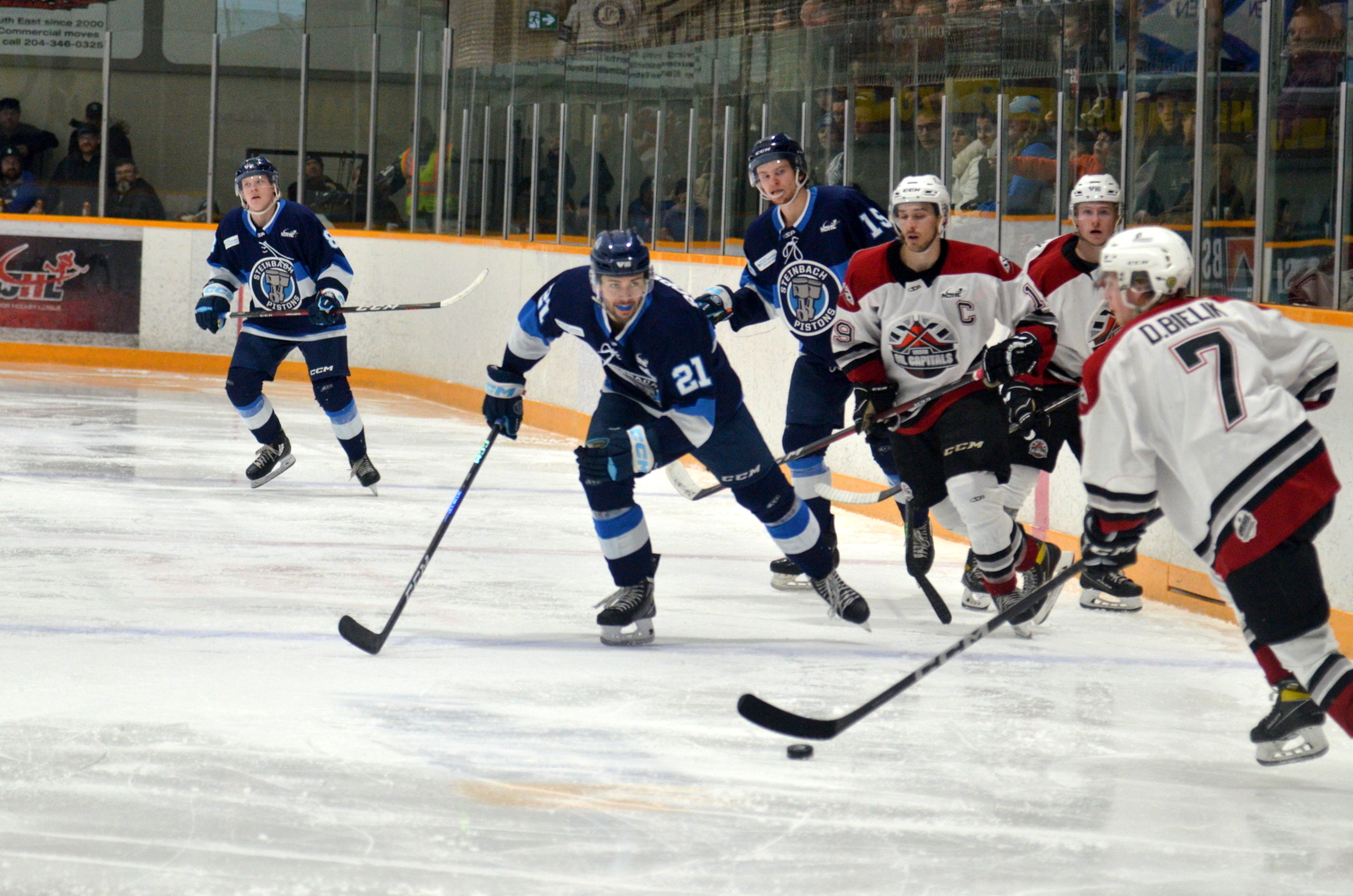 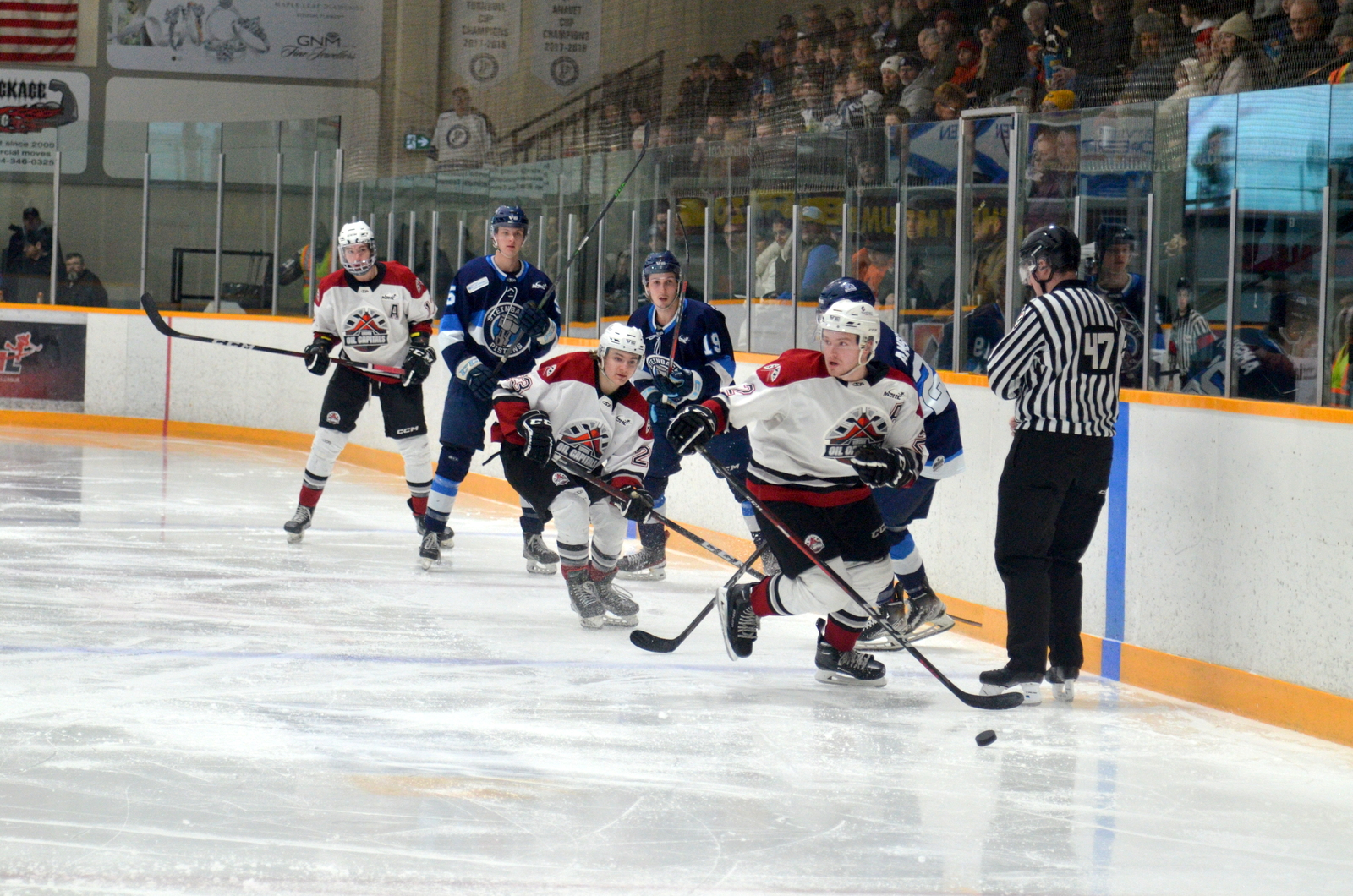 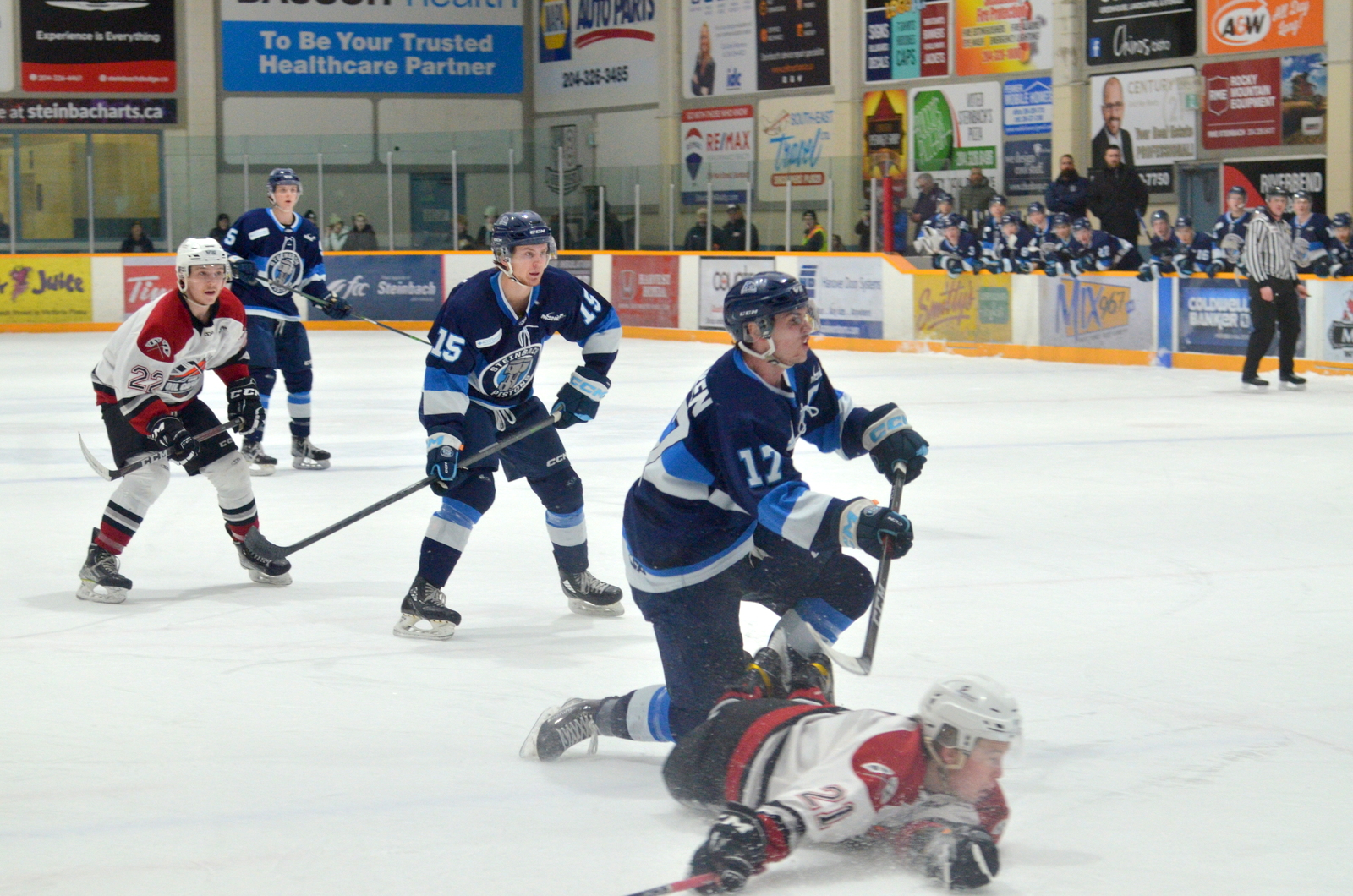 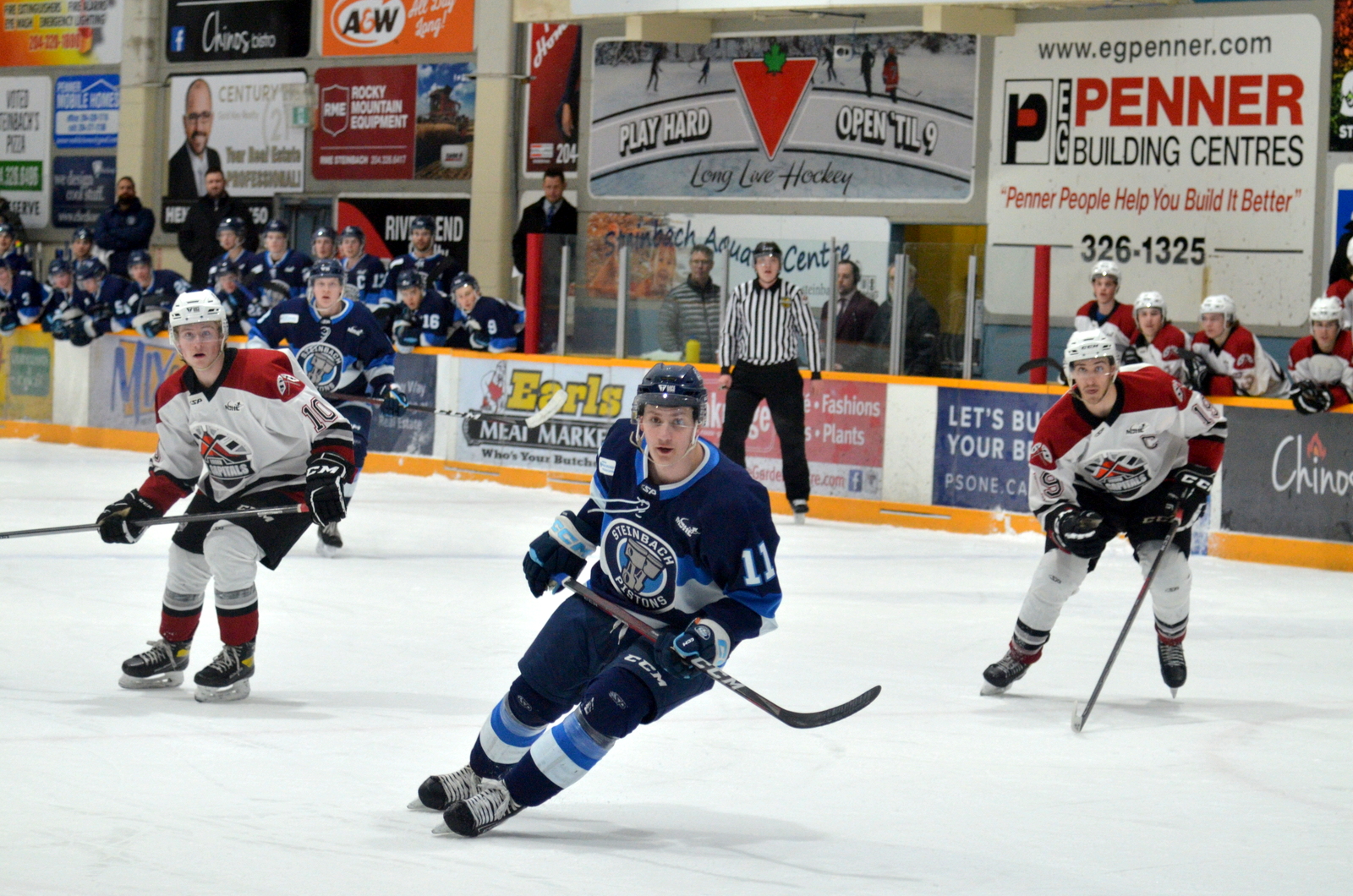 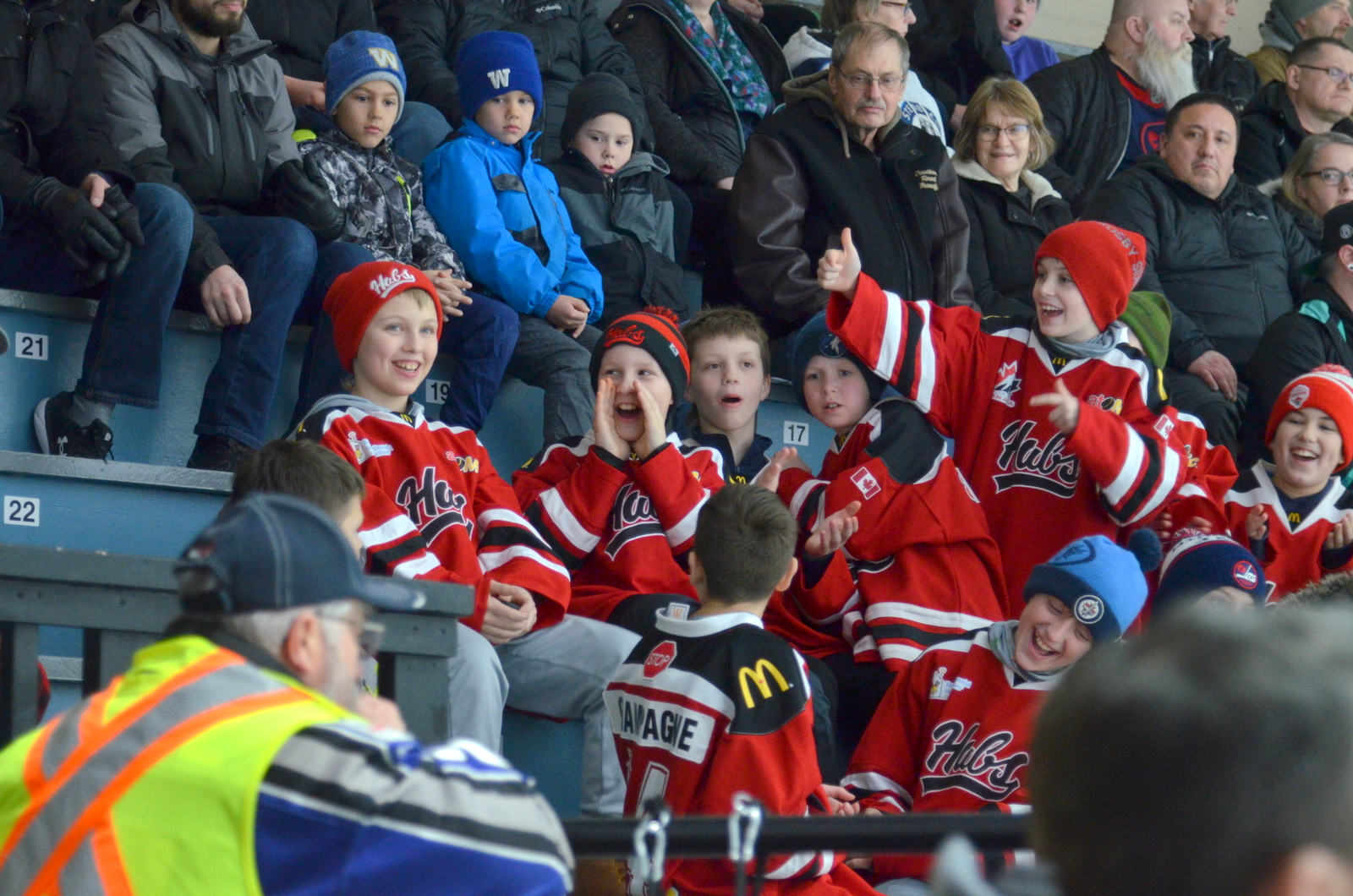 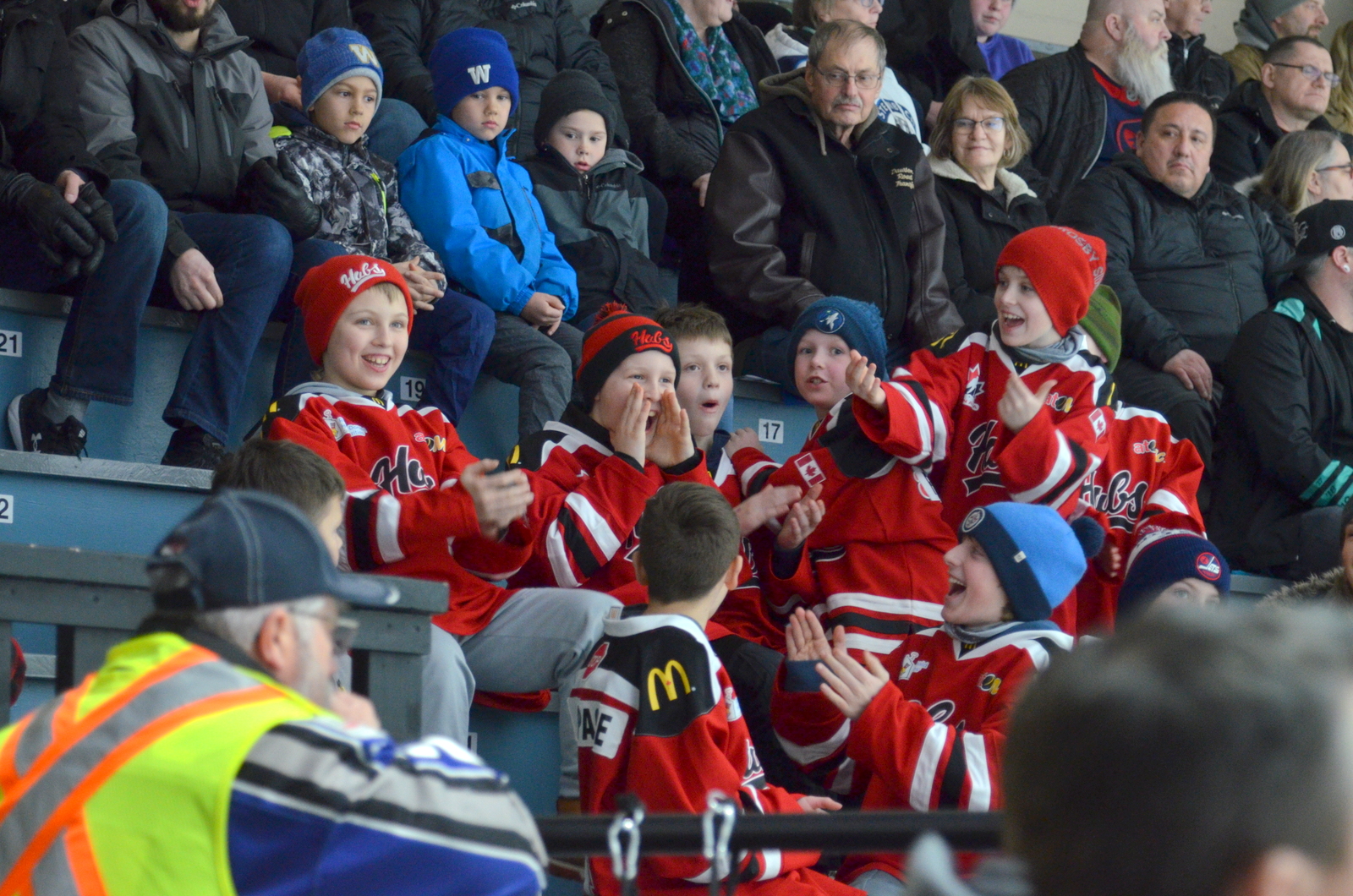 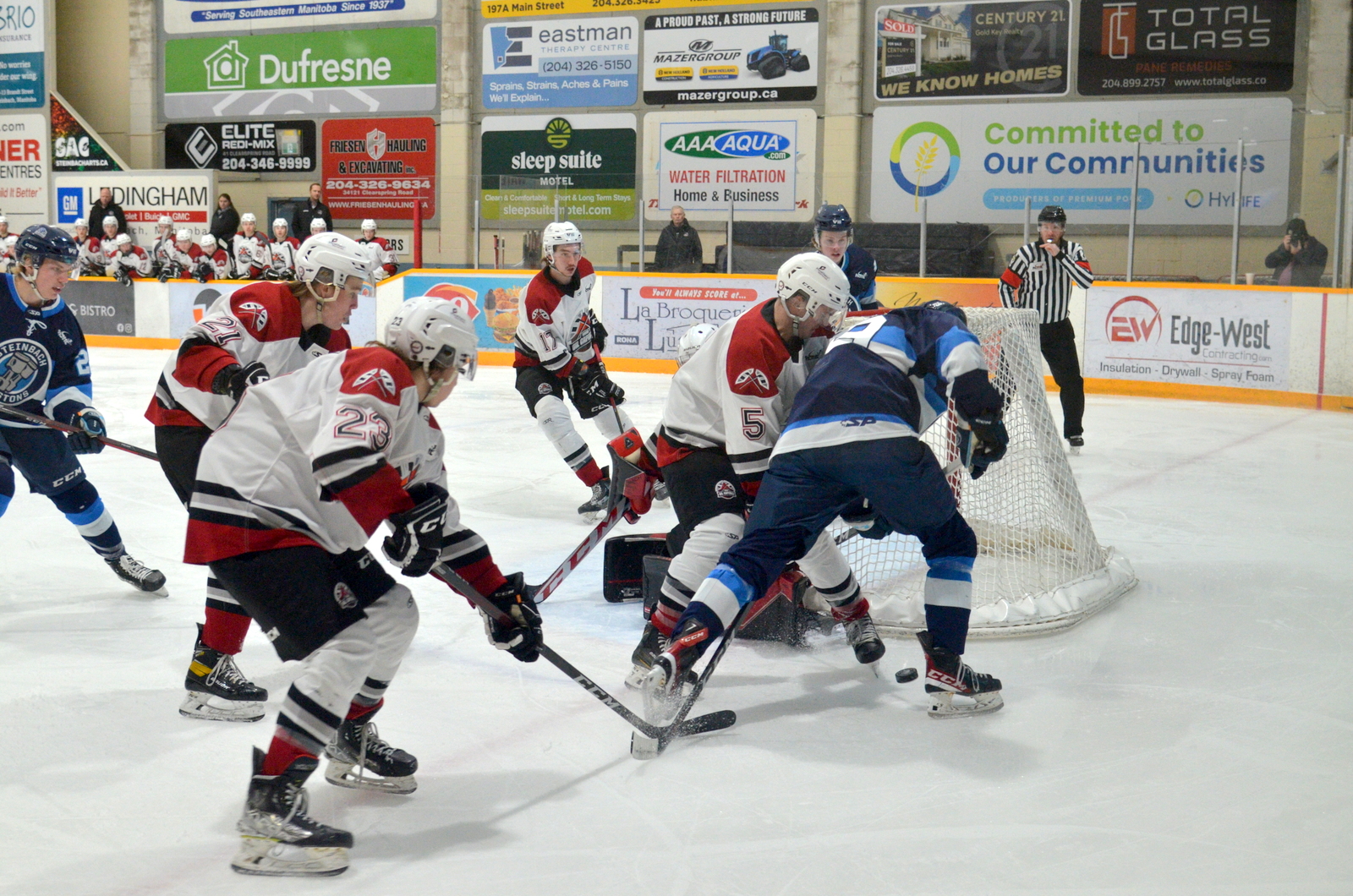 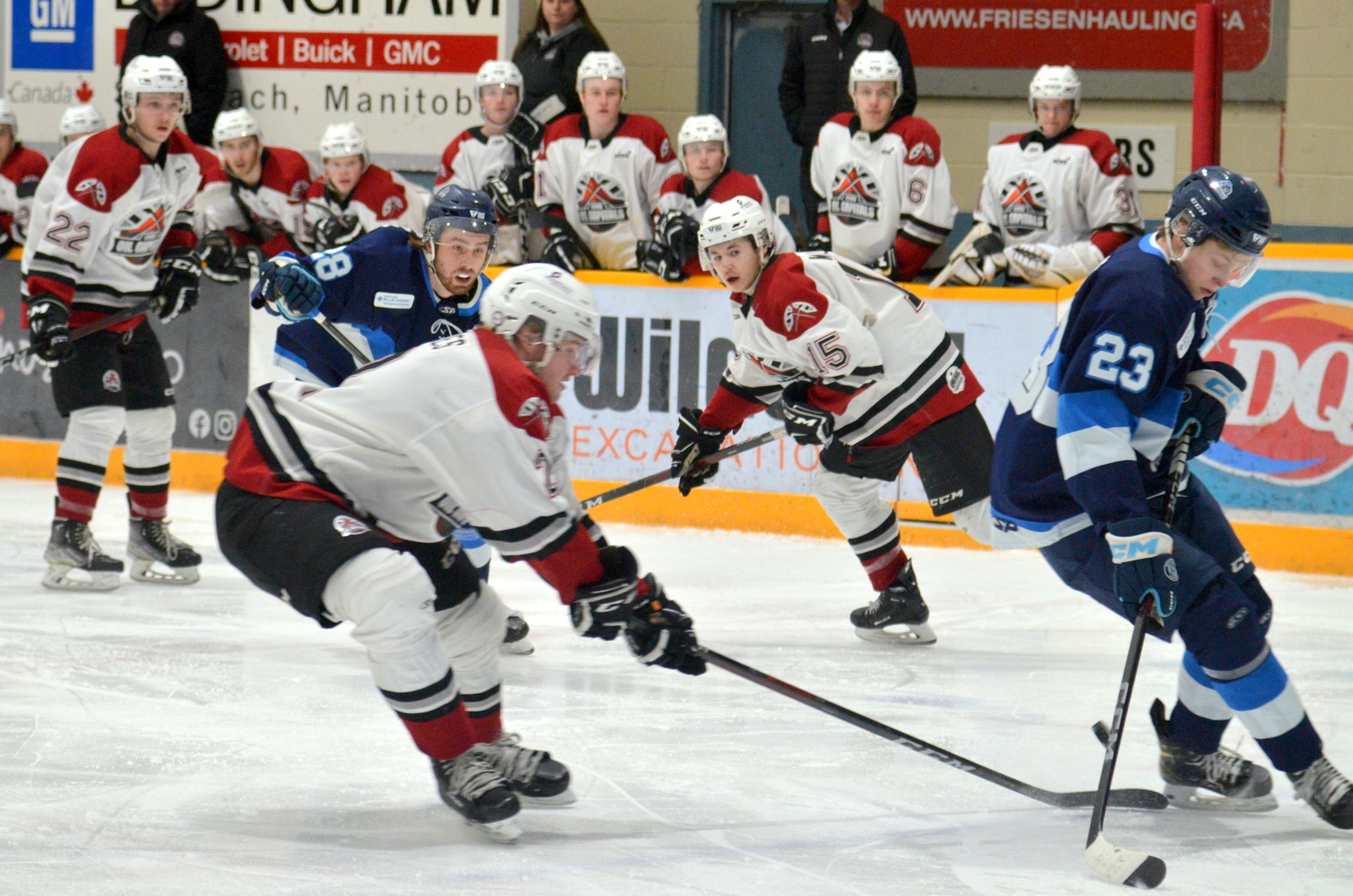 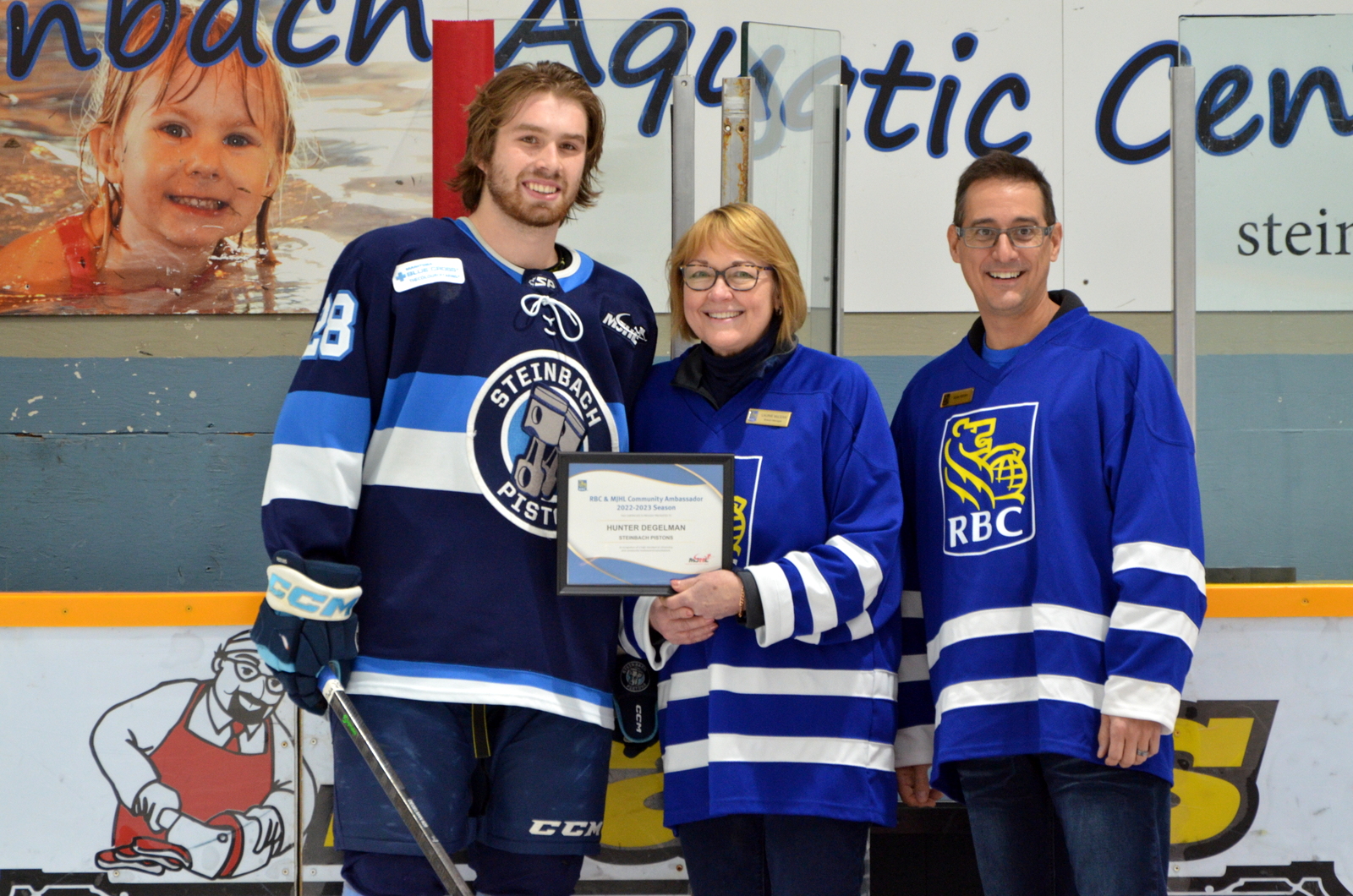 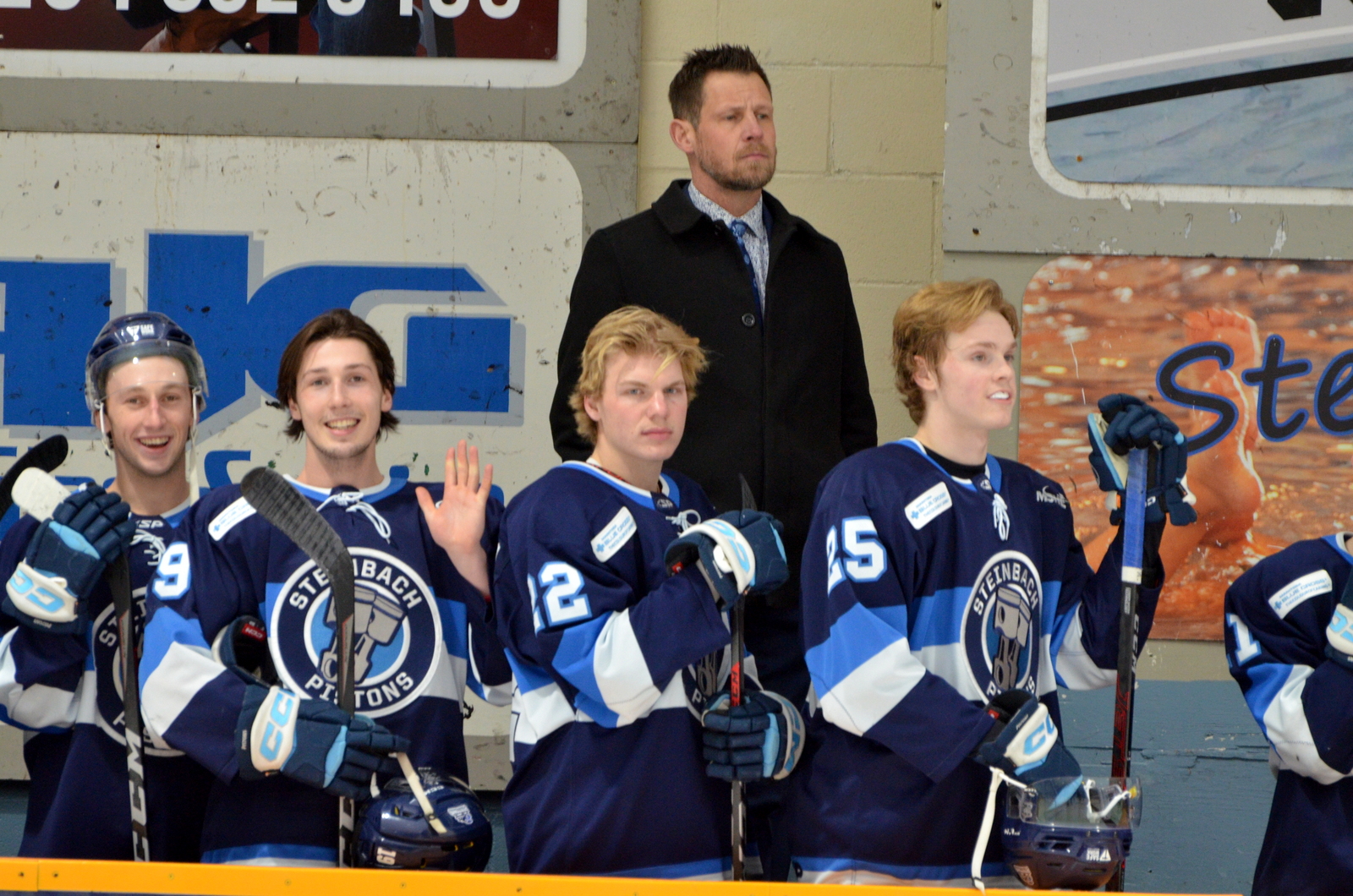 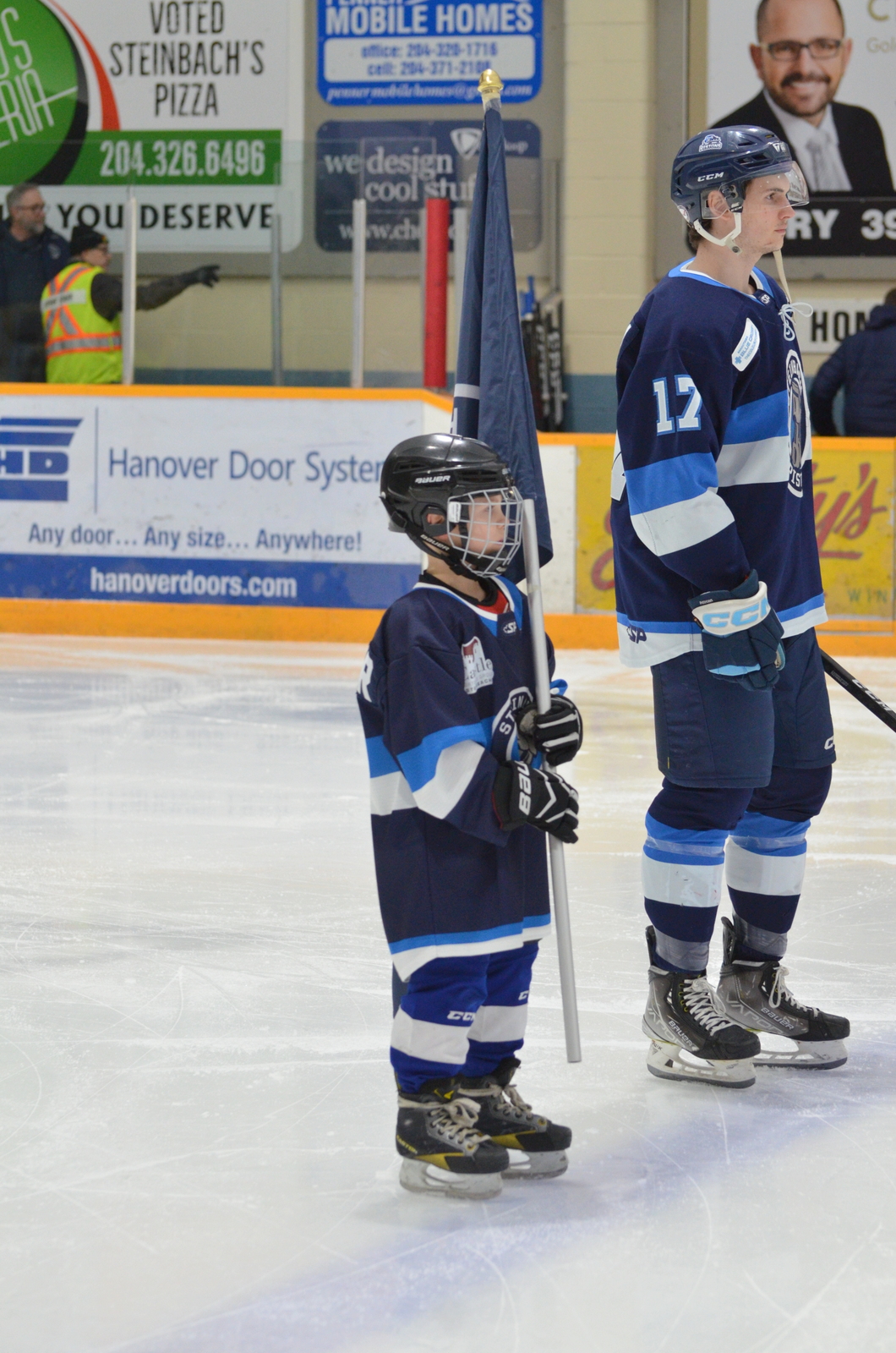