They're back! This time selling iced tea and sweets for a 9-year-old with cancer

It’s been 5 years since we first met Brooke and Koda. Two young ladies from Steinbach, with compassionate hearts, have been organizing an Iced Tea stand and Bake Sale in Steinbach in hopes of collecting donations to help individuals dealing with a cancer diagnosis and doing really well.

So far, they’ve raised $23,400 and they’re back at it, this week Wednesday and Thursday at 418 Walnut Street, Steinbach.

Brooke Peters and Koda Reimer were 9 and 7 years old back in 2018 when they first had the idea, and the now teenagers, together with their moms have been baking up a storm.

Brooke tells us why they wanted to do an Iced Tea Stand and Bake Sale. “We wanted to donate the money to Cancer Care, because we had a lot of relatives, like aunties and uncles going through cancer at the time. So, that was one reason where we thought, ‘Hey. Why don't we do it for cancer care to help try and help other people?”

Each year the young ladies have chosen a different family to give the donations to and this week it’s going to 9-year-old Cain Burgess who lives in Minnedosa, Manitoba, 2 1/2 hours west of Winnipeg.

When asked how they came to choose Cain, Brooke answered, “we reached out to our church leaders, because we don't have any kids in Steinbach with cancer, which is a good problem, yeah? So, we reached out to a foundation called ‘Candle Lighters’, which does the same thing that we do, but like, obviously not an Iced Tea stand, but all year round they collect donations and they gave us a few names of kids and we just decided on Cain.”

Brooke explains Cain’s cancer story. “He was diagnosed on New Year's Day this year. He was diagnosed with osteosarcoma, which is the same cancer that Terry Fox had. They found it in his right tibia bone, in his right leg. So, they actually did surgery to remove the tibia bone and put a donor bone in. But now he can't use that leg for another year.” She says the two of them had a chance to meet Cain in a video call last week. “It was really fun. He told us he loves doing crafts and has all kinds of cool inventions. We also saw how he gets around. It looks so hard. He has to go on his bottom the whole time and like scoots around the house because he can't stand up.”

Cain needs to go to Winnipeg for treatments from Tuesday to Fridays every week and that gets expensive, says the girls.

About the bake sale, Brooke says, they are once again selling iced tea and water, brownies, cupcakes and cookies, but this year they have added a non-edible item to their sale, specially designed t-shirts.

Koda brags about her mom’s handiwork, “my mom has spent like, almost one or two months working on the shirts. They have our logo on them and they're $20 each. They come in different sizes and colours.’

When it comes to the work of putting the bake sale together Brooke says they had a lot of help from their moms and they are ready to go.

As to why the ladies keep doing the Iced Tea and Bake Sales, Koda says, “I guess, we just like seeing the family’s faces after giving them the money. It just brings me so much joy. I just love helping other people out.” 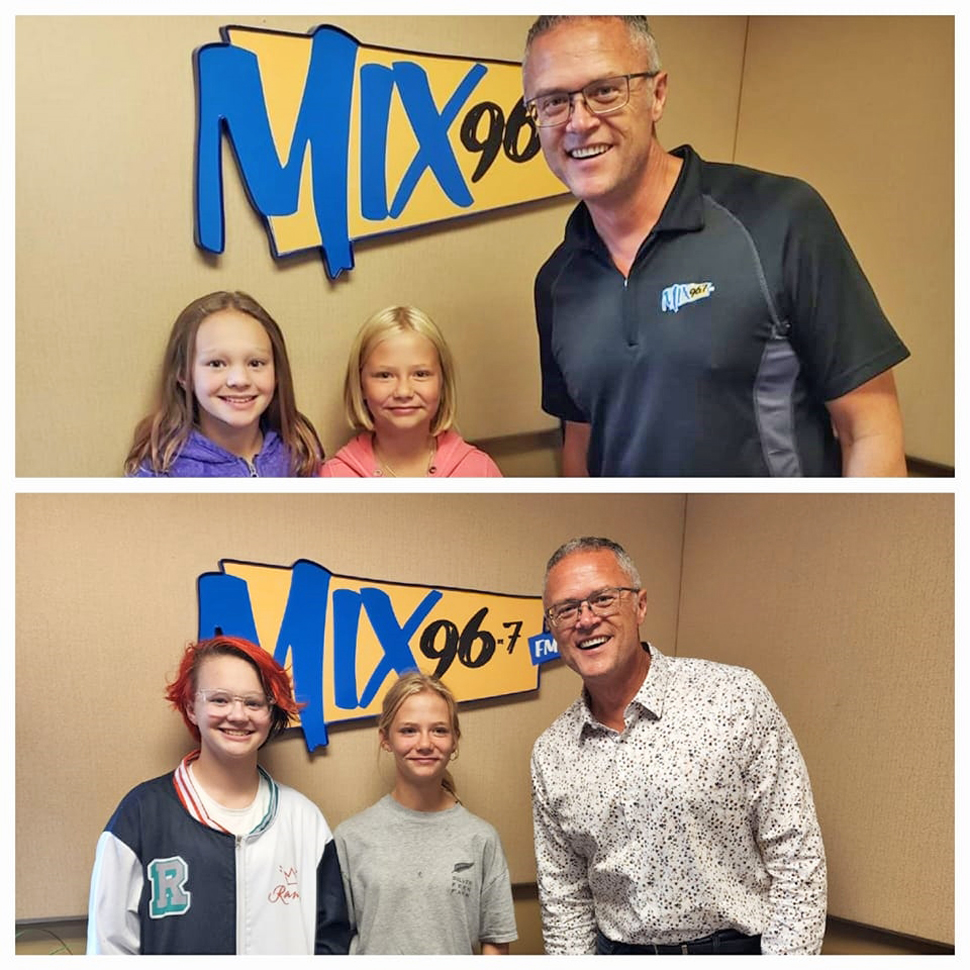 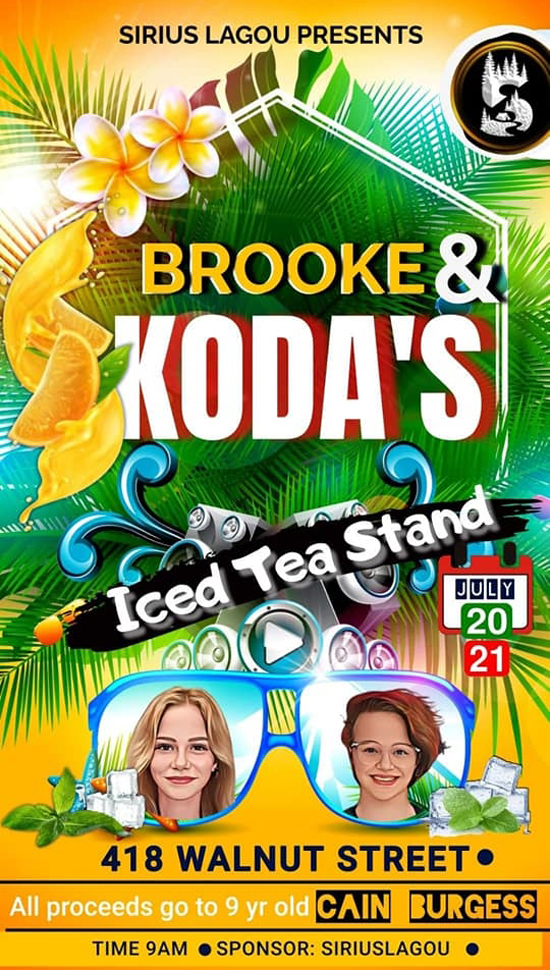 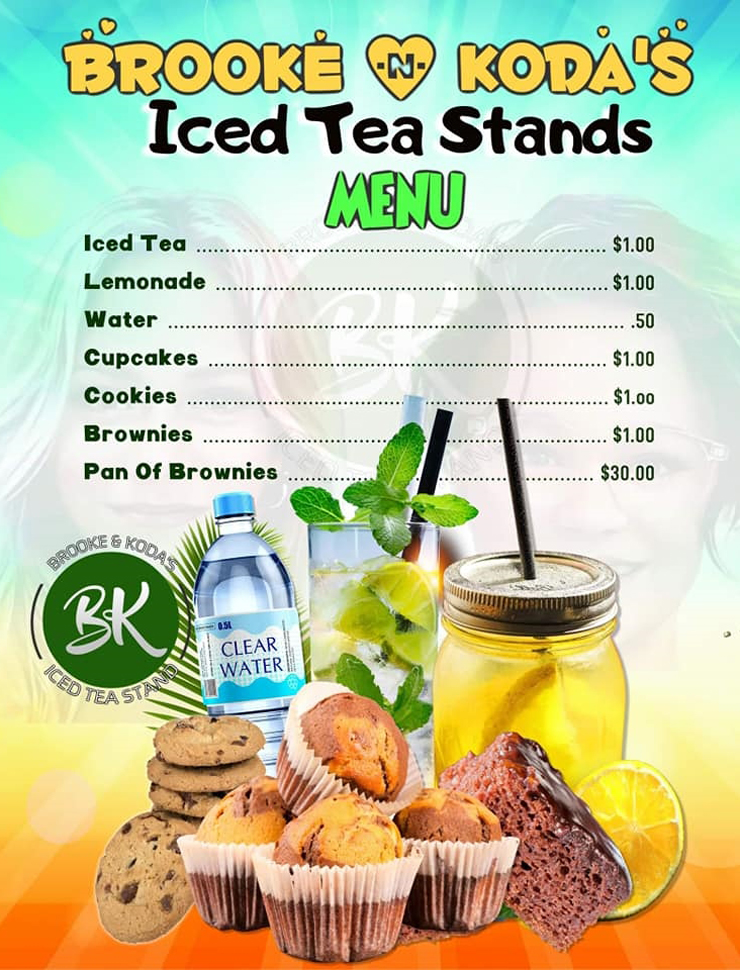 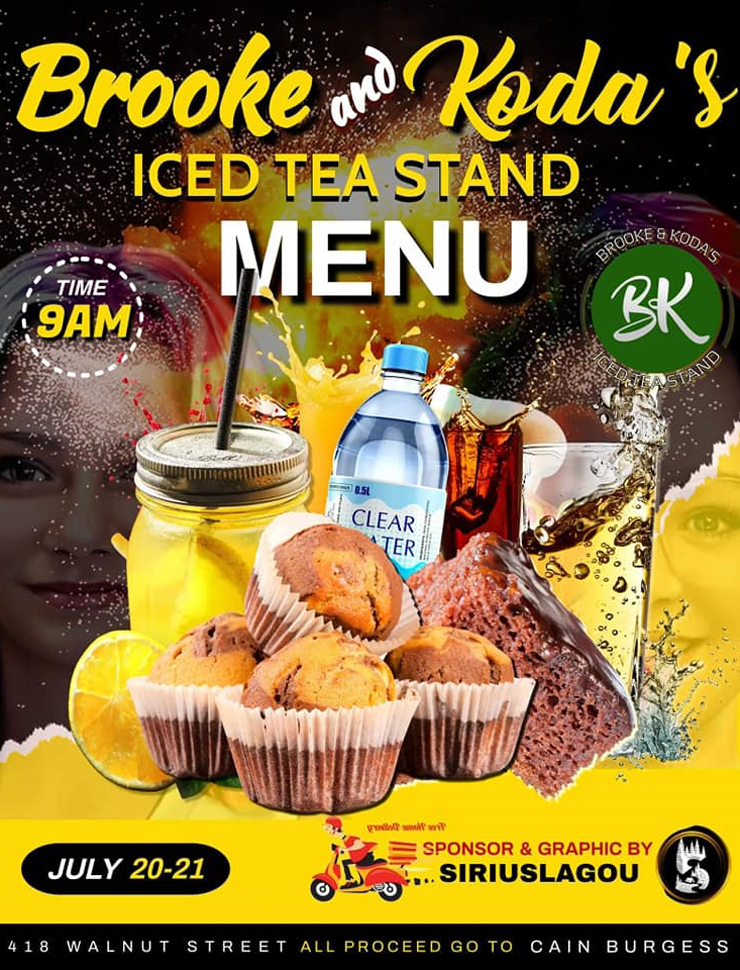 Large gathering at popular tourist attraction in RM of Taché

A weekend at Richer Roughstock Rodeo in photos