One Saturday afternoon, about two months ago the pastor of a local church was spending time in his office putting the finishing touches on his Sunday service when a young man walked into his office.

Walter Fast, pastor at the Mennonite Brethren Church recalls his first meeting with Vitalii Mordykov, “I had never met him before, but I happen to be here and then he said, “Does your church also perform marriages?” And I said, “Yes, we do.” I told him that we do have certain conditions. We expect to meet with them four or five times to talk about marriage and how it can work well, to which he and Olga agreed. So, we met four or five times and began planning their wedding, and here we are today.”

Their wedding took place on Friday, December 30, 2022, at the MB Church in Steinbach.

The young couple, Vitalii and Olga, arrived from Ukraine about five months ago, although Vitalii has traveled back and forth several times before bringing his bride to Canada.

Pastor Fast says the ceremony was a traditional ceremony in English with a translator for the bride who does not understand or speak English.

Fast notes, their translator is fairly new to Canada, and even though she is not a part of the MB congregation, they have been letting her use the church to meet with other Ukrainians in the area.

“Viktoriia has been here for a little bit longer, and now organizes a connecting-time every week here at this church for Ukrainian newcomers. She's not part of our church, but we've opened up our facility to about 50 Ukrainians that come here on Saturday mornings for two hours just to connect with each other. She leads that group, and keeps them informed as to what they need to know about adapting to Canadian life and that's how we know her. So, we asked her if she would come and help us with the translation today, and she said, yes!”

Viktoriia Romaniuk says this was the first wedding from their group. She was excited but a bit nervous, “because it's my first experience, to be an interpreter on the wedding.”

The ceremony was attended by four of their friends from Ukraine, Pastor Fast, and two office staff from the church.

Though it was small, the service was familiar to the Canadian attendees and yet special, to the bride and groom.

After the exchange of rings and the first kiss, the happy couple cut the wedding cake and enjoyed it, along with tea (a Ukrainian tradition).

Vitalii and his bride took some time to answer a few questions after the ceremony.

When asked what three things are different about the wedding ceremony they had, and the ones celebrated in Ukraine, Vitalii replied, “So one, and the most important one that is different, is that if we decide to go to church in Ukraine to get married, is we go to a Christian Orthodox Church. They have very, very strict rules. You have to follow it and only after that you can consider yourself as a couple, as a family.”

The second way their wedding in Canada was different from Ukraine is that the celebration is usually several days long. “For sure two days or three days, especially if you starting on the Friday. It means like Friday and full weekend you celebrate. And the third one (difference) is that there are a lot of the people who come to your wedding. Some weddings I’ve been in have almost 500 people invited. It feels like you are in the middle of small town.”

Vitalii says, the guests would be family and invited friends. But then he says, their invited guests can also then invite whom they want.

He says in Ukraine they would get a lot of gifts, mostly in the form of cash, to which Vitalii says, “Personally for me, I prefer to get a present not money, because it shows that people actually care and spend the time to understand what the bride and groom are interested in, and by they trying to do this, is the best way.”

Vitalii says, right now only their parents in Ukraine know they got married, so they are not expecting a lot of gifts or cash.

When asked what their plans were for the new year, the groom said, “staying positive. Work on our new family and that's it I guess just. Staying happy.”

The bride and groom are currently employed at Loewen Windows, “Our friends also working there. We pretty satisfied by this work, and we hope that everything will work out, because for now there are some difficulties, but we hope everything will be ok.”

Vitalii says, because they are new to Canada they still have a lot to figure out.

The bride and groom returned to their guests, and continued chatting and laughing in their native language, while Pastor Fast, Viktoriia (the interpreter) and the church staff sat down for their own slice of wedding cake and coffee and talk about the wedding and how unique and special it had been.

The couple plans to live in Steinbach and continue to make connections with other newcomers to the area. 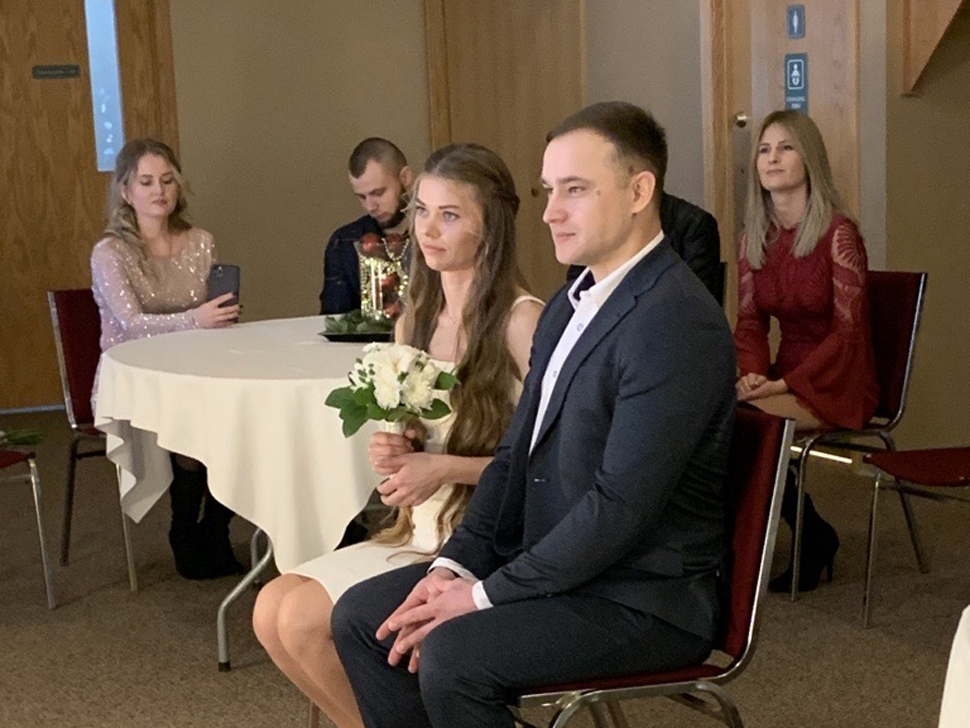 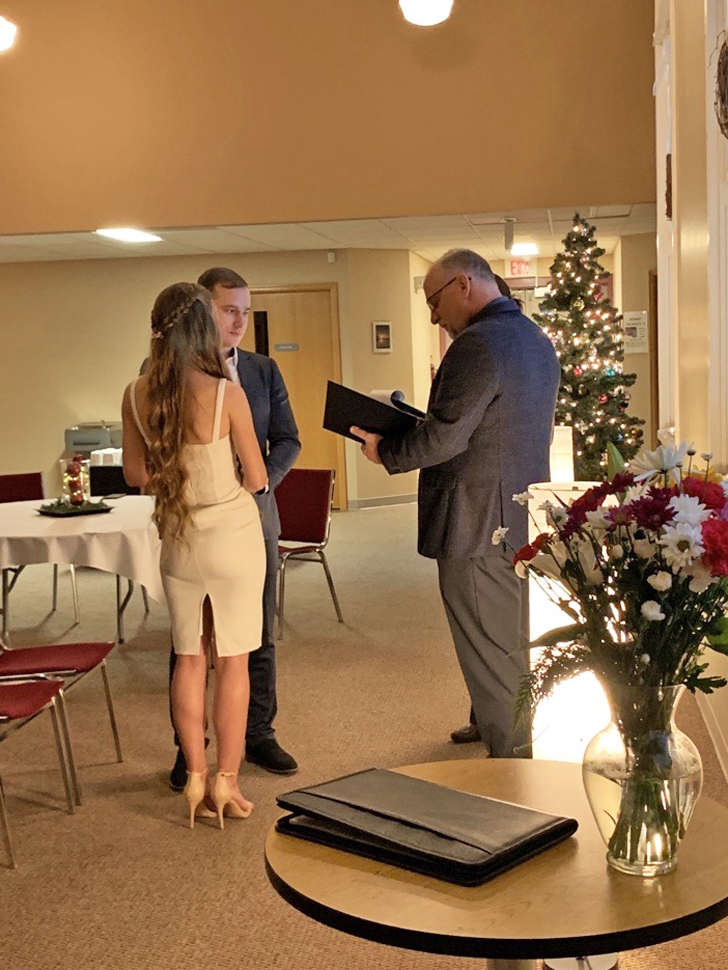 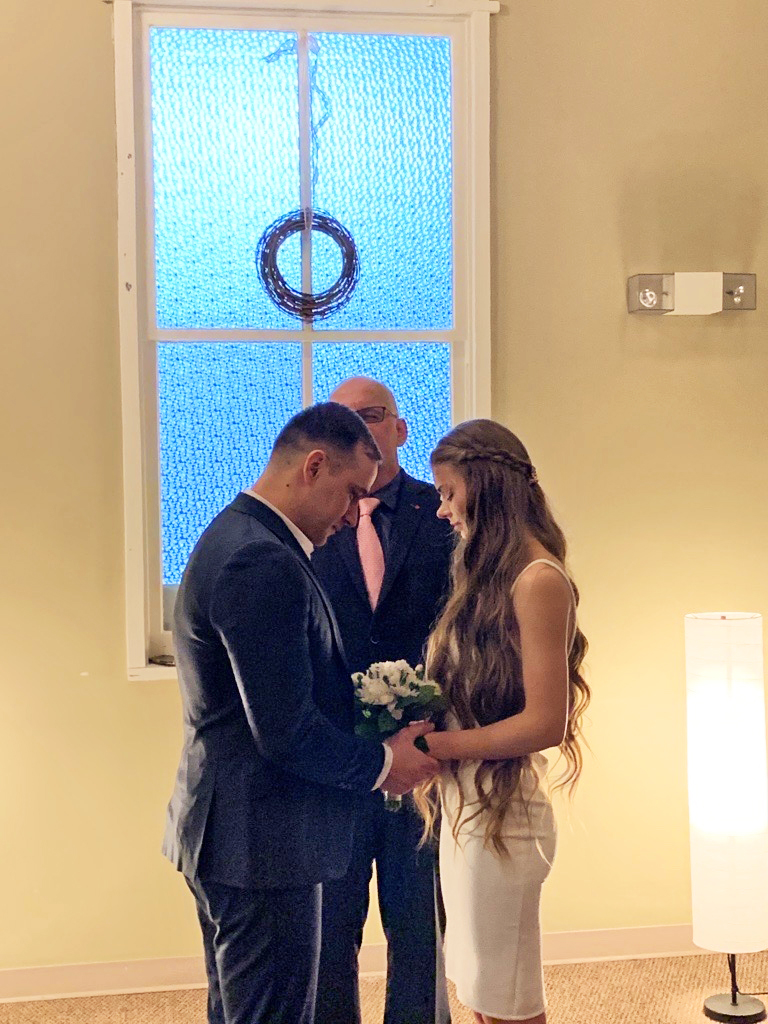 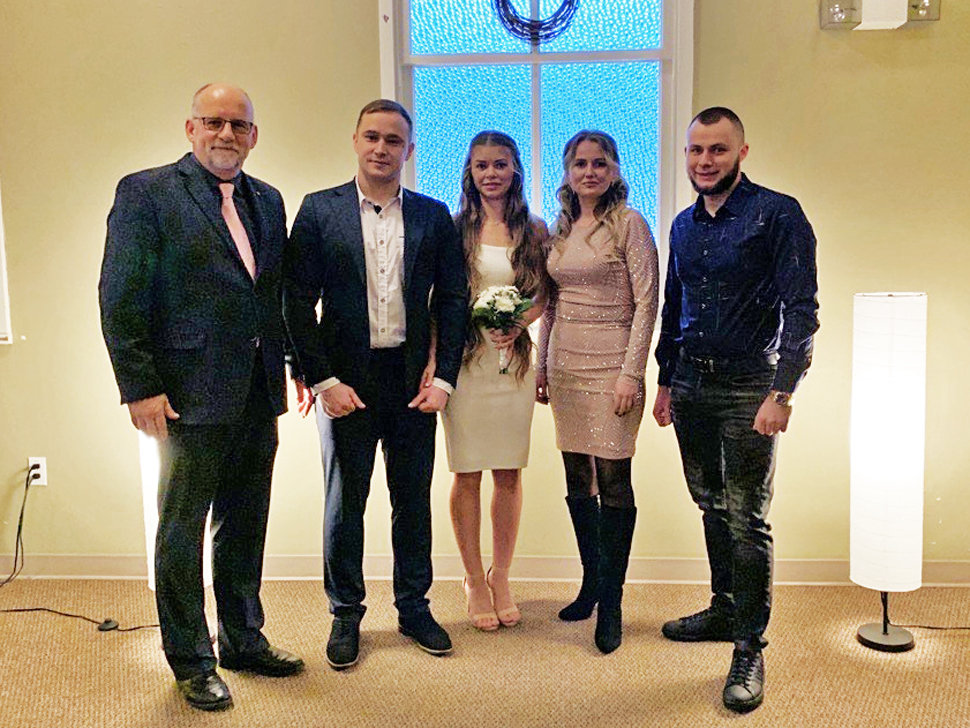 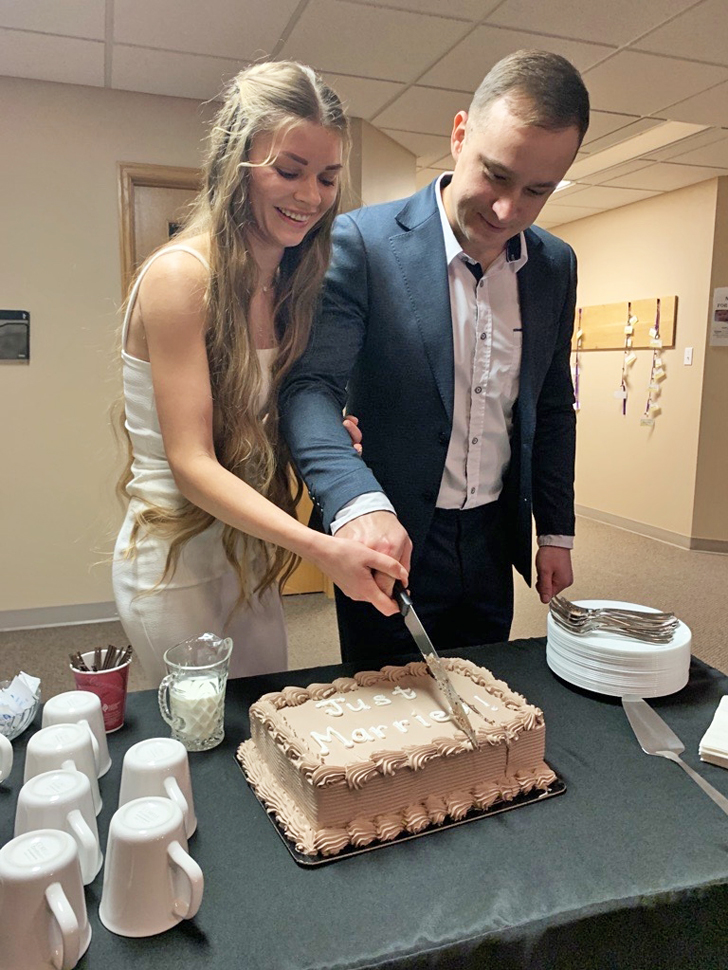 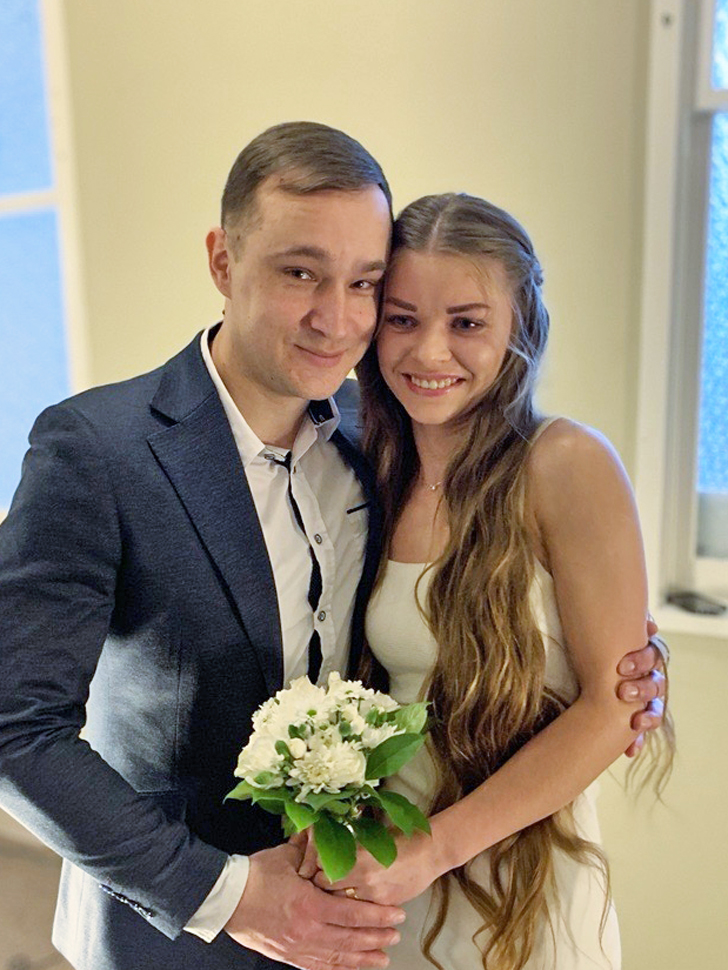 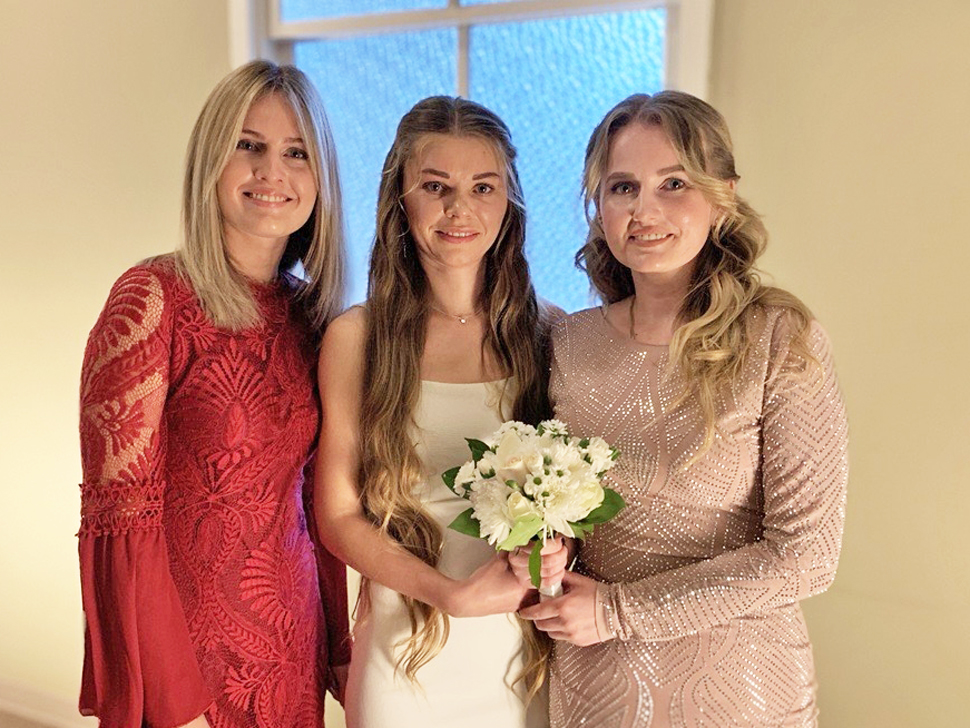 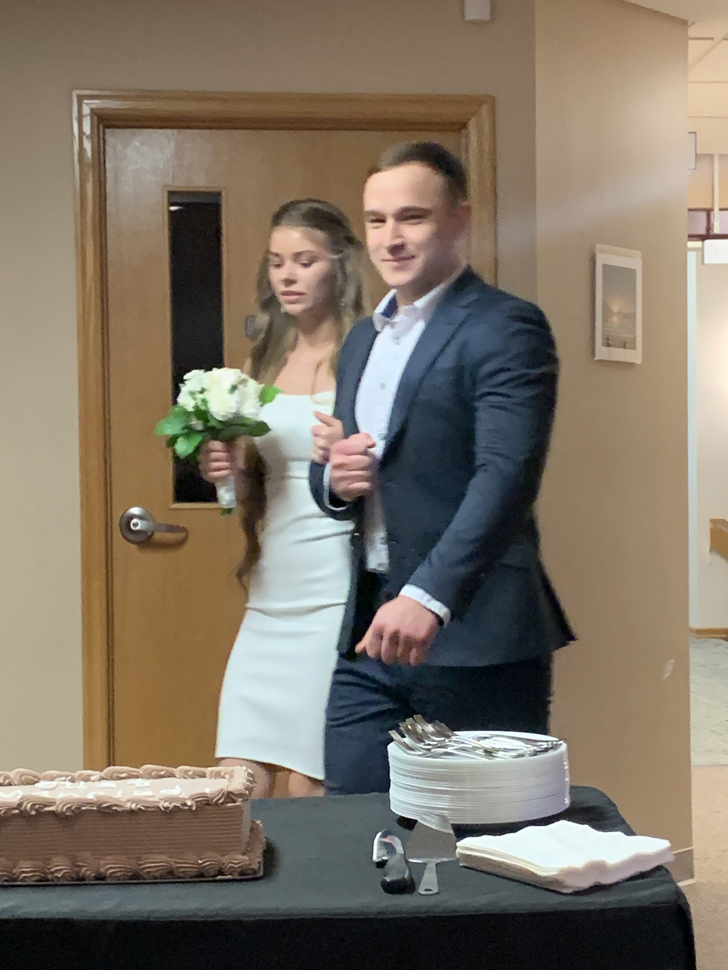 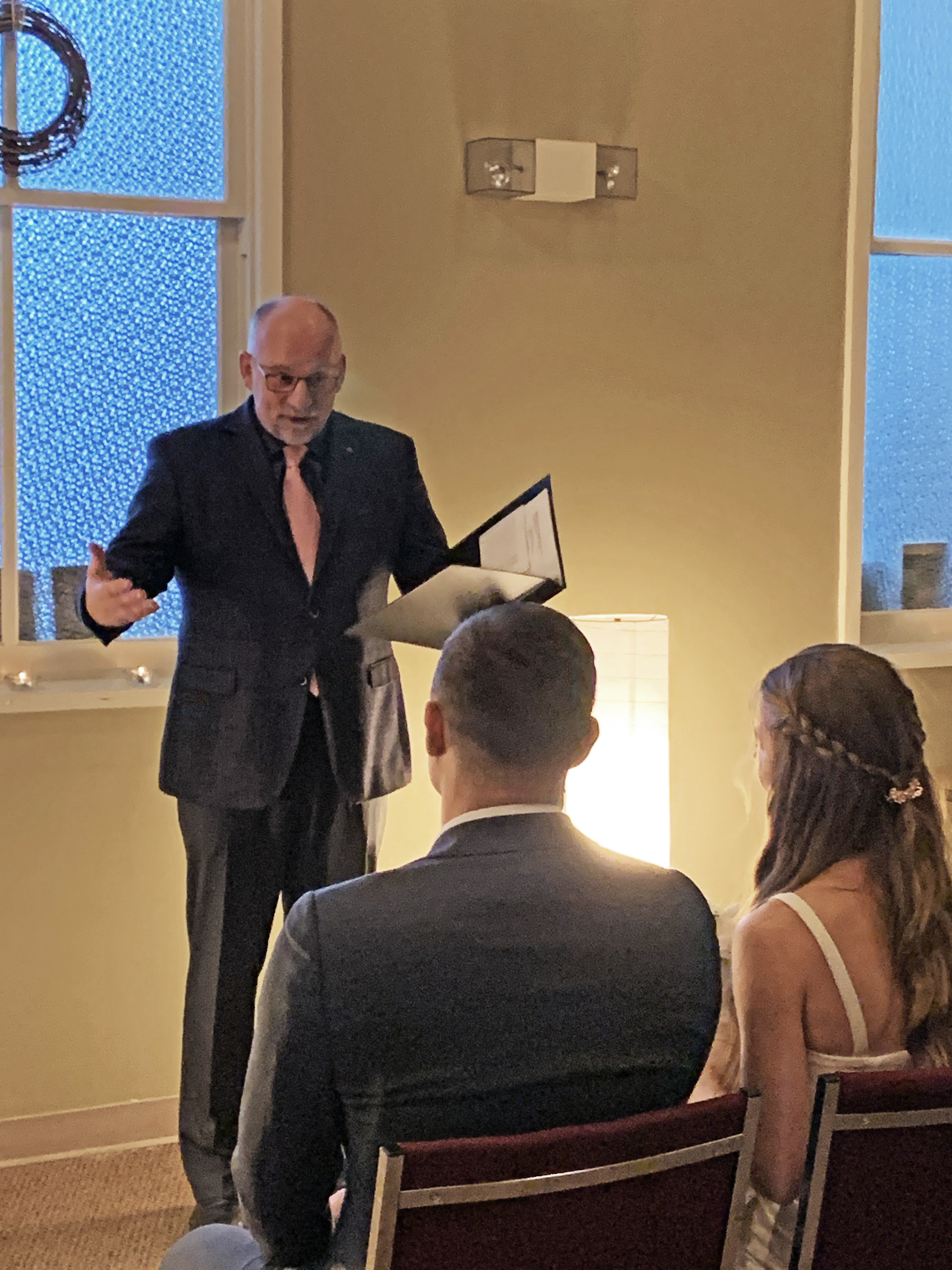 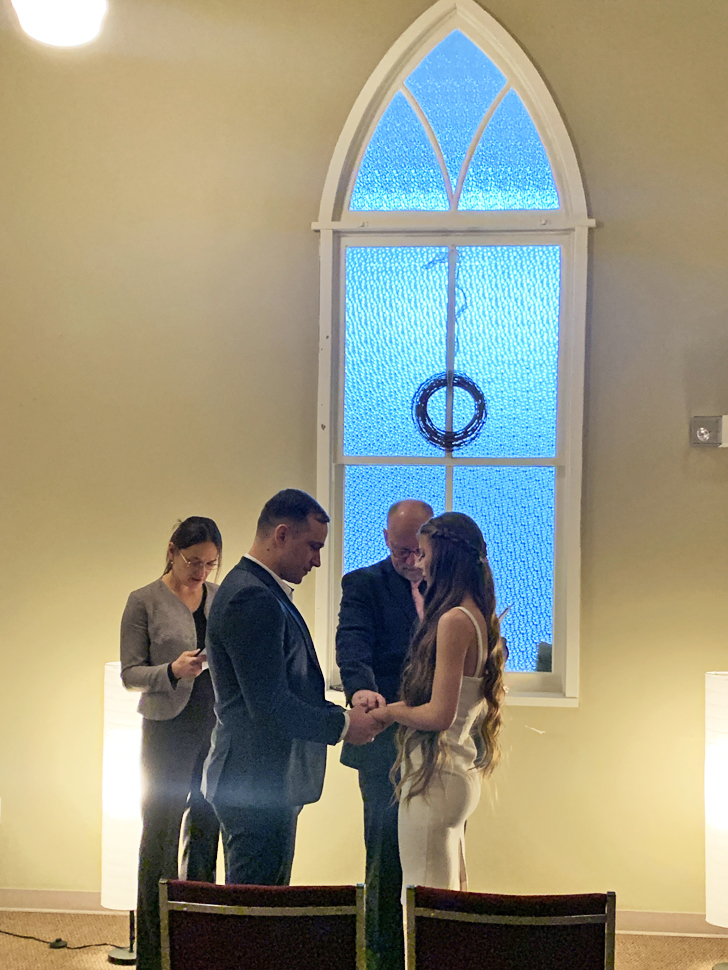 Desalaberry is a consistently growing community