She tried to measure the circumference and volume of the pumpkin, but her pumpkin was too wide for her measuring tape.

Karpinchick has been growing giant pumpkins for four years now, and the biggest pumpkin she’s grown before this was 695 pounds. She was thrilled when she found out her pumpkin was over 1000 pounds.

“So I'm a professional agrologist and that's why I was like, ‘I could grow a giant pumpkin. Easy peasy. I get the science of it.’ And let me tell you it's taken four years!”

This year her pumpkin came in 8th place at the Roland Pumpkin Fair. The winning pumpkin in the competition was 1360 pounds, so she wasn’t too far off.

Everything about the pumpkin is gigantic, including the seed it was grown from. The seed she uses is around four times the size of a regular pumpkin seed.

She begins the growing process in her house during April. Then near the end of May, she moves the pumpkins into her pumpkin patch outside.

“The wind is a killer, so I put them in this little wind shelter, keep them safe, and then it's all about trimming them,” she explains. “So you have to let them grow, and then aggressively trim back all the other volunteer pumpkins and all the other vines.”

Although she starts out with several pumpkins, she eventually chooses the best one and puts all of her focus toward taking care of that one.

Taking care of a giant pumpkin is a lot of work. Karpinchick says you could work on growing your pumpkin every day if you had the time.

Her pumpkin patch is on the side of a hill, so she can water as much as she wants without the soil getting too saturated since all of the extra water runs down the hill.

She says it also helps to have good quality soil.

“I'm really fortunate I have a 50-year-old manure pile, so I have lots of fertility.”

Now that the pumpkin fair is over, logically the next step would be to eat the pumpkin. But Karpinchick says the taste is really bland.

“It's very stringy. I've heard that from other people who have tried this, so normally I just feed it to the deer in the Bush.”

In the past, she has given her giant pumpkin to a goat farmer, and this year she knows a hog grower who can feed it to his pigs.

Although she plans on feeding it to the pigs soon, right now the pumpkin is at her home on her front yard. She has a sign out telling people how much it weighs.

It’s become quite the tourist attraction in St. Pierre.

“The pumpkin has been very popular since we started growing it and a lot of people take pictures with it.”

She says the pumpkin is a struggle to move due to its large size.

The last time they moved it, they used a vintage tractor with a bale lifter on the front and a pumpkin strap. It was even more difficult to get out of the patch due to it being planted on a hill.

"The tractor is not that heavy and it's only two-wheel drive. There are three guys on the back of the tractor to weigh it down while we're trying to lift this thing on the front,” she says. “I wish I got a video, but I really thought we were going to flip the tractor.”

They ended up placing the pumpkin in the box of their truck to take to the fair, which is meant to hold 1000 pounds max.

She says that next year, it might be a better move to use a trailer. 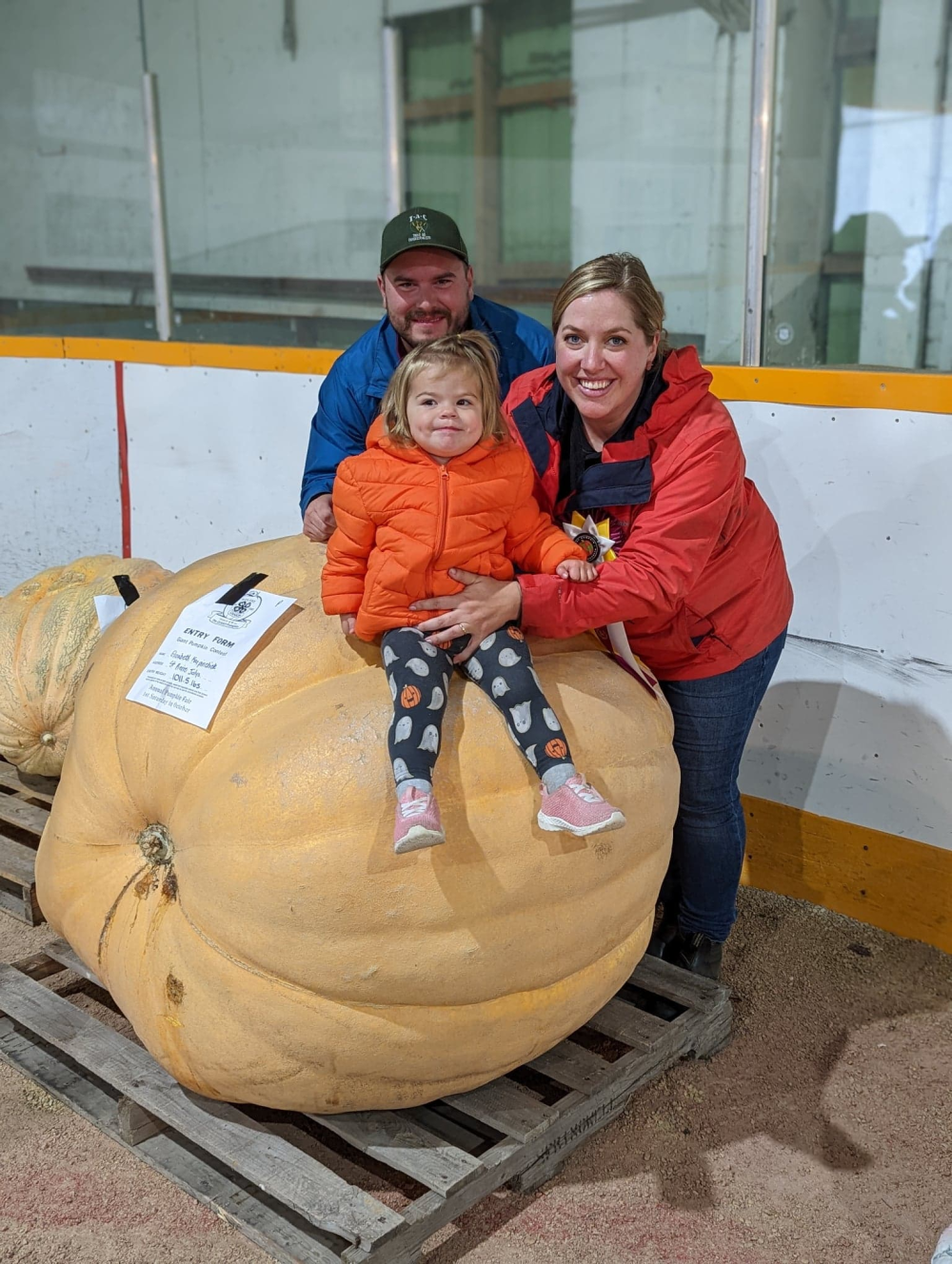 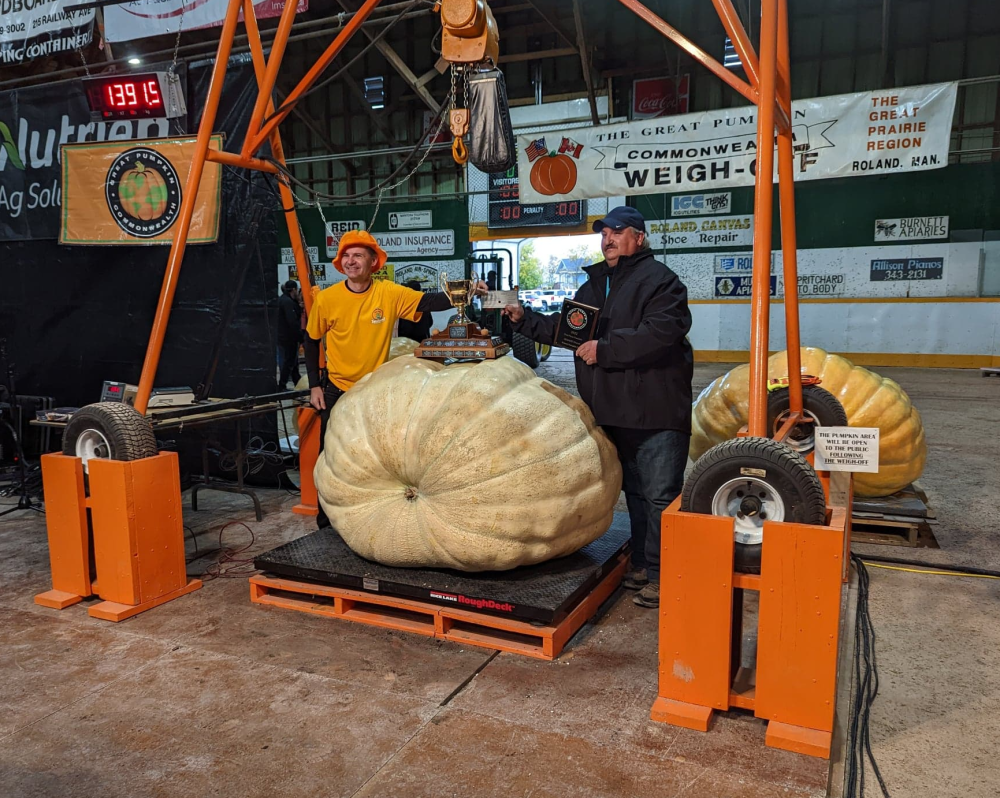 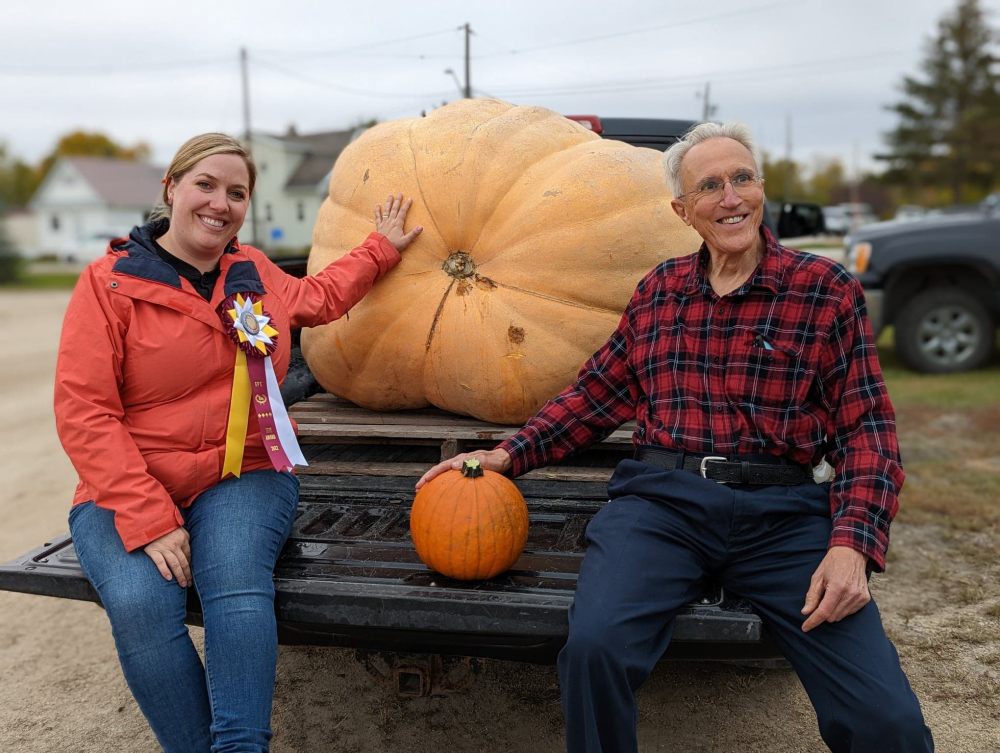 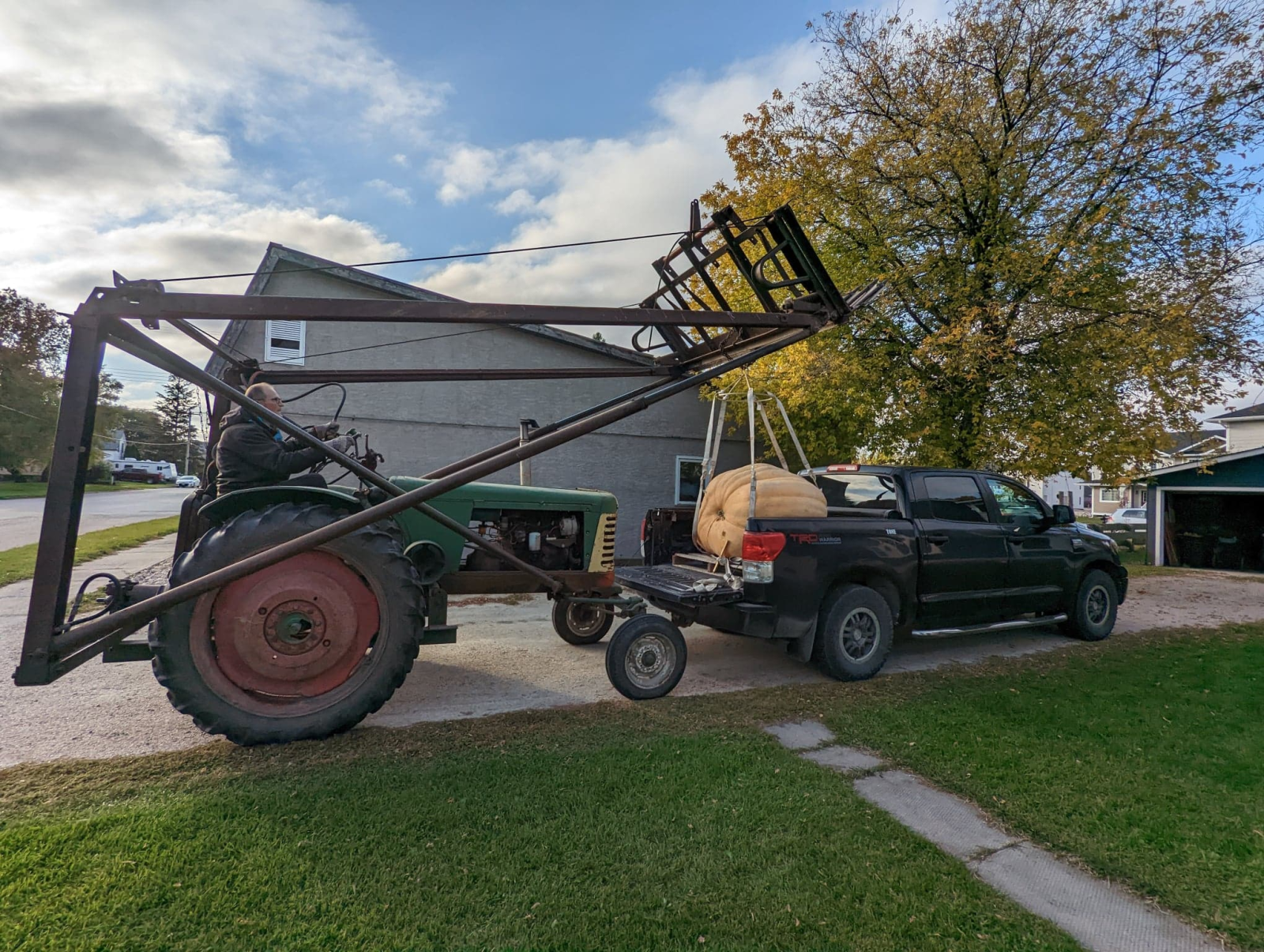 Making history at Sarto Hall, board injects new life into the building