The La Verendrye Golf Course in La Broquerie is facing thousands of dollars in repairs after an ATV ripped up one of their greens Wednesday night.

Greens Superintendent Darren Dundas says sometime Wednesday night someone drove onto the golf course and did donuts on the 13th green leaving behind a considerable amount of damage. He adds they will be working to repair it in the next couple of days but says because it is so late in the golf season, that green will probably be closed for the rest of the season.

Dundas notes greens are by far the most expensive part of a golf course with the cost of seed, equipment, chemicals but mostly all the labour put into taking care of them.

"We're going to have to re-sod a considerable amount of the green," says Dundas, "areas that we deem somewhat salvageable, we'll have to overseed. So, in other words, re-seed it, topdress it and we'll be babying it for the next two to three weeks until winter hits and hopefully, it comes out in the spring and we will probably end up doing some more repairs in the spring due to the time in the year."

Dundas notes RCMP officers did attend but adds the only evidence left behind is the tire marks left by the ATV. He says if anyone has any information on who may have done this, please call the Steinbach RCMP detachment. 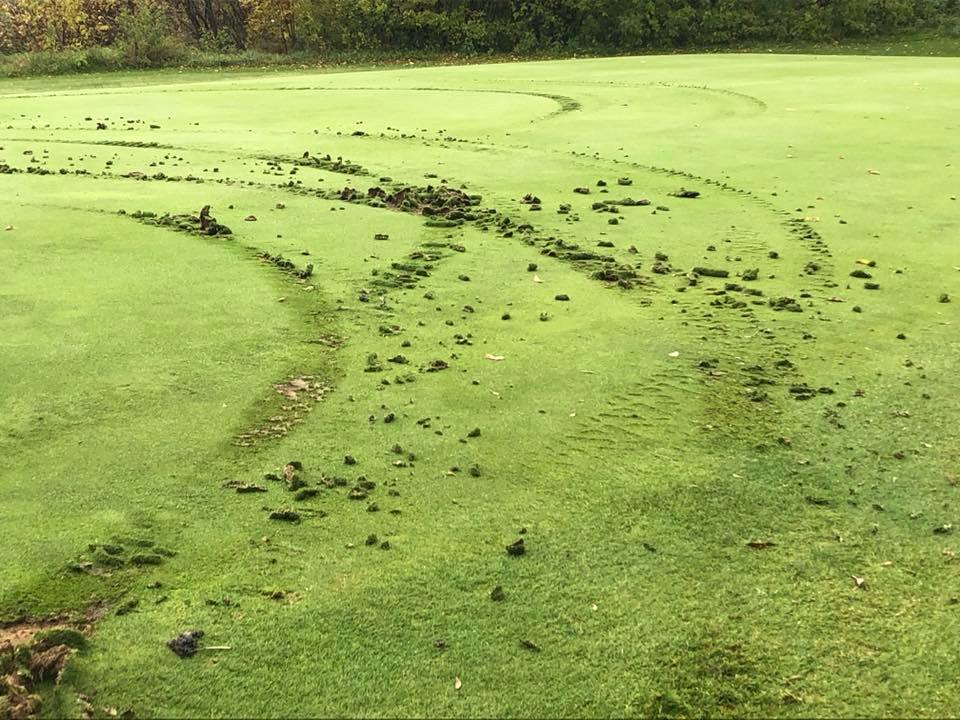 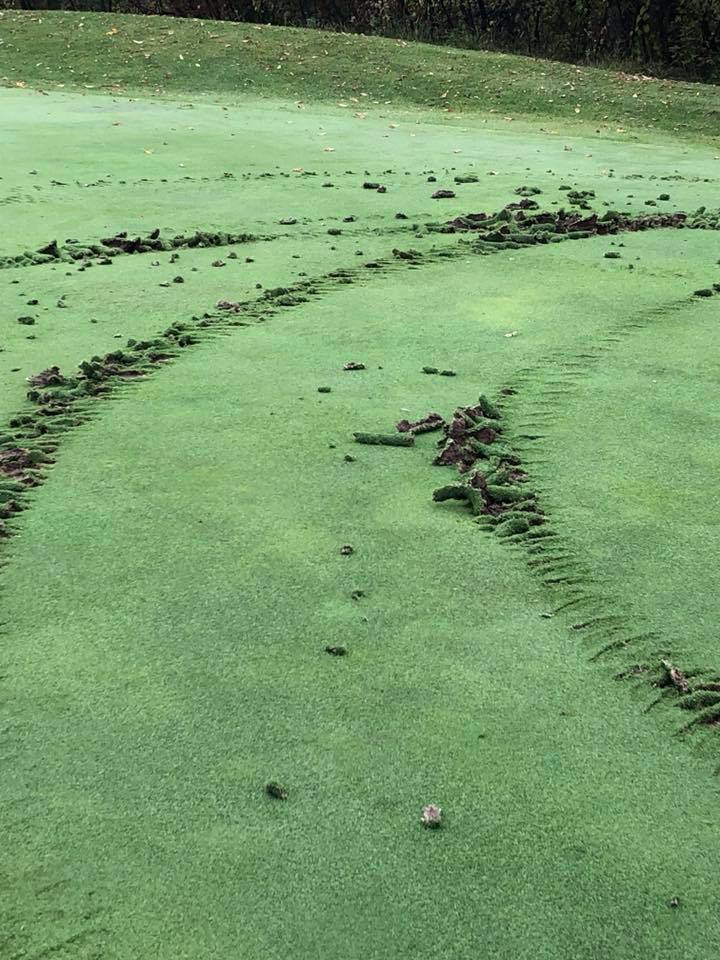 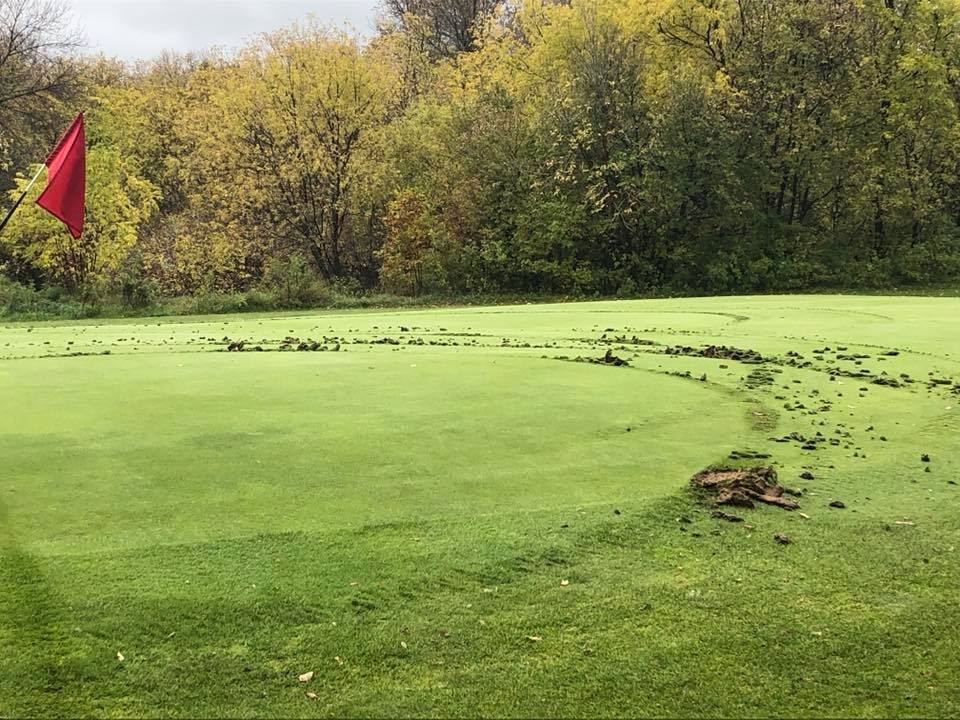 Thieves Run Off With Liquor

Snowy and windy Sunday in the Southeast

Delivering furniture and hope to Ukrainian refugees in Steinbach

Making history at Sarto Hall, board injects new life into the building